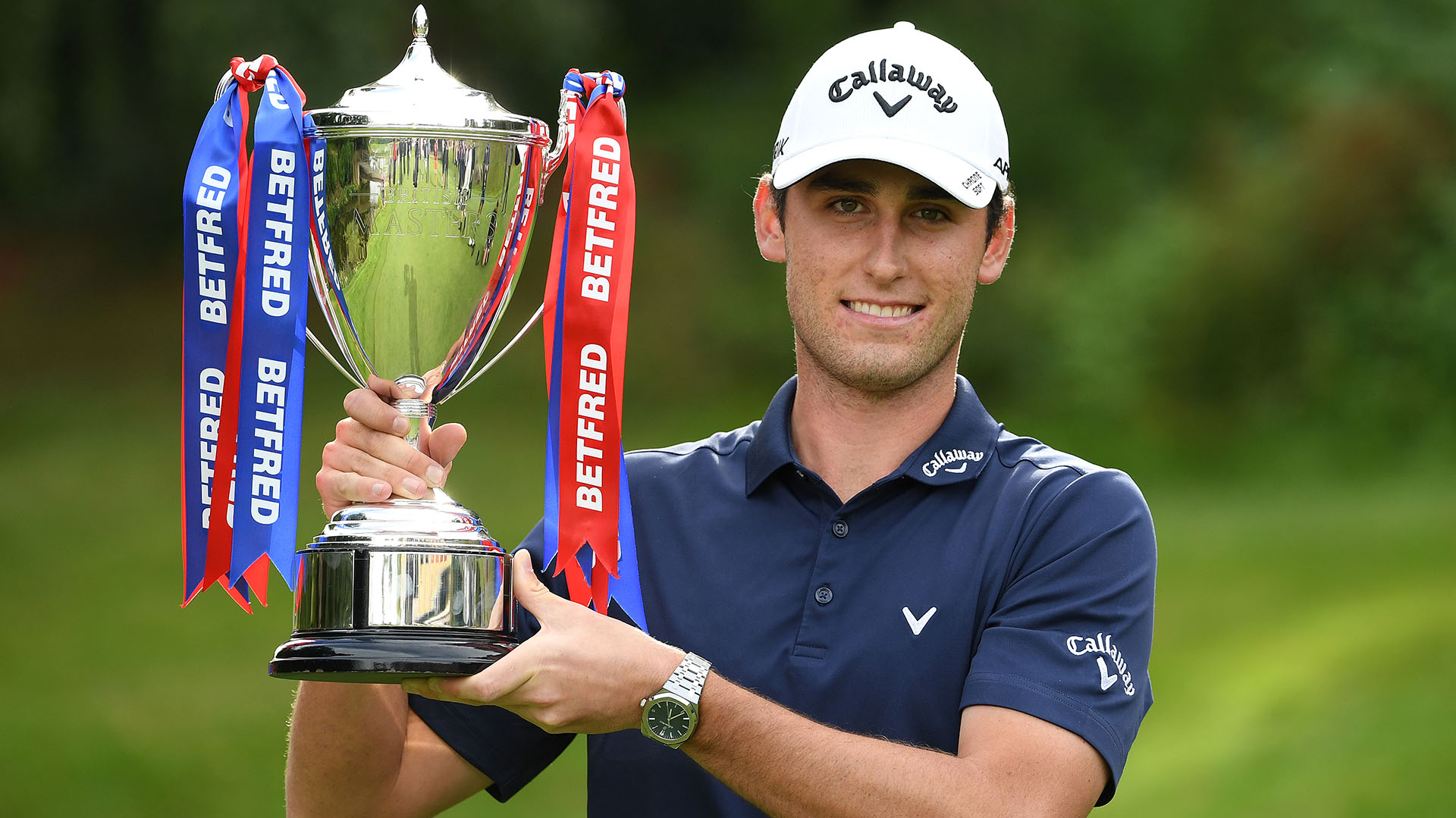 NEWCASTLE, England — Renato Paratore won the British Masters for his second career victory on the European Tour on Saturday after closing with a 2-under 69 containing his first bogeys of the week.

The Italian golfer's first dropped shot of the tournament came on his 63rd hole - at No. 9 in his final round - to end his bid to become the first player to win a European Tour event without a bogey since Jesper Parnevik in the 1995 Scandinavian Masters.

Paratore also bogeyed the 11th hole but recovered the consistency he had previously shown at Close House Golf Club to play the last seven holes in 1 under and claim his first title since the Nordea Masters in 2017.

Paratore finished on 18 under overall, three strokes ahead of Rasmus Hojgaard (70), as the European Tour made its full return following a four-month suspension because of the coronavirus pandemic with an event held without spectators and featuring regular COVID-19 testing of players and caddies.

Lee Westwood, the tournament host and the only player competing this week sitting in the world's top 50, slumped to a closing 79 which included an 8 on the par-three 9th hole. He finished in 70th place - the last of the players who made the cut - after starting out as favorite.

The tournament marked the start of the European Tour's U.K. Swing, six events in England and Wales over the next six weeks devised primarily for ease of travel for players amid the pandemic.

The venues for the six events are all within a three-hour drive of one another, scrapping the need for air travel to which players have become accustomed on the increasingly global tour. Players and caddies were being tested on arrival, and were having to check for symptoms and take a temperature test daily.

Most of Europe's elite are in the United States ahead of a World Golf Championship in Tennessee, where the prize fund of $10.5 million is around 7 1/2 times that of the British Masters, and then the U.S. PGA Championship in San Francisco starting on Aug. 6.