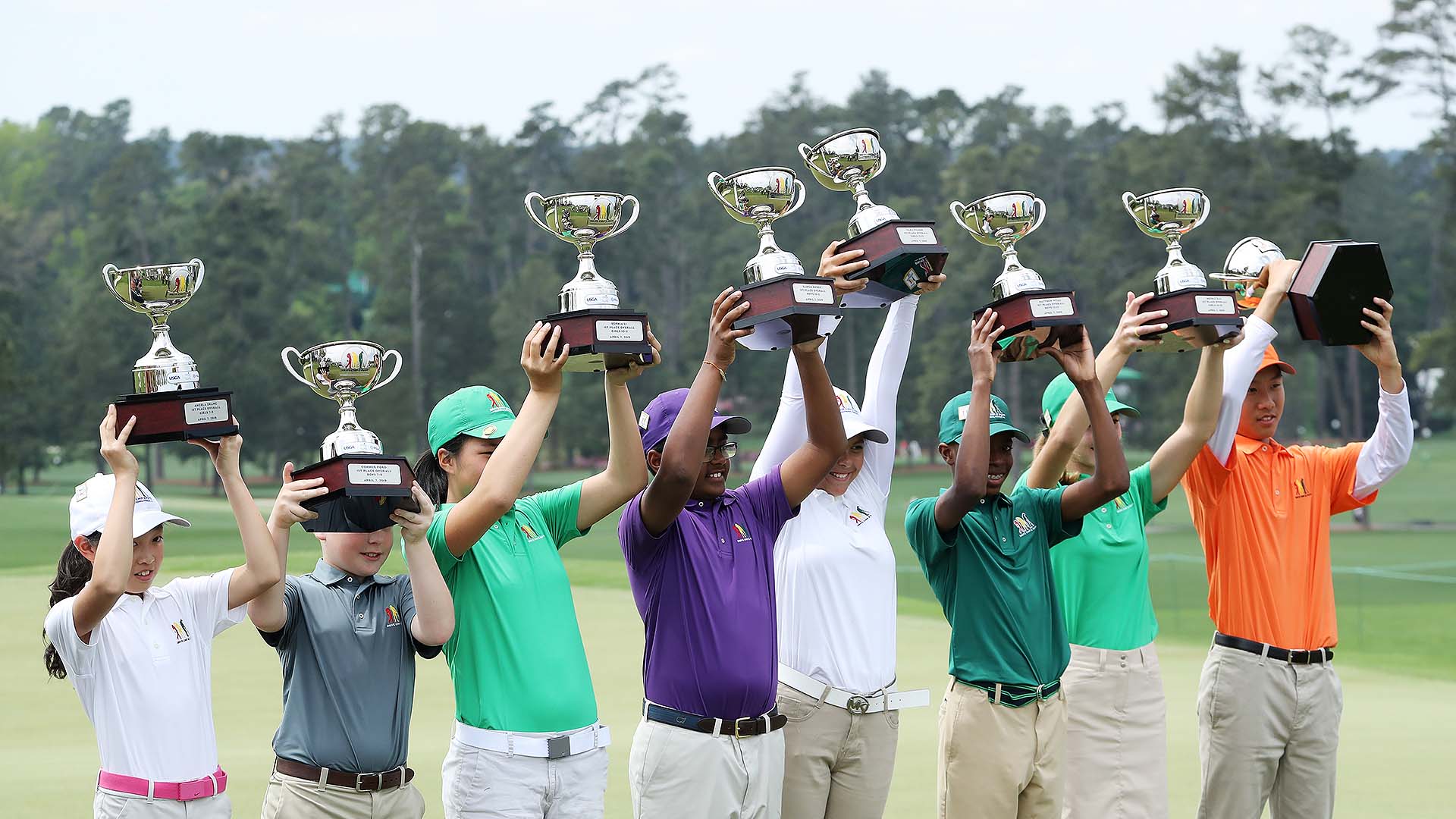 AUGUSTA, Ga. – It was a testament to the emerging history of the Drive Chip and Putt National Finals that Treed Huang, the winner of the boys 14-15 group, credited previous experience for his victory.

“I definitely learned from my first three experiences [at the National Finals], how the green rolled and everything,” said Huang, who also won the boys 7-9 group in 2014. “It feels still pretty amazing. Getting to win at Augusta National is unbelievable.”

Huang, whose sister Maye also competed in the National Finals in the girls 10-11 group, became the second player to win two different groups in the event, but even that accomplishment wasn’t the most impressive on Sunday.

Angela Zhang easily won the 7-9 girls group with 29 points, just one point shy of a perfect score, following victories in the driving and chipping portion of the competition and a second-place finish in putting.

Click here for all of the Drive, Chip and Putt National Finals scores.