Bryson DeChambeau opens up on caddie split; new caddie ready for The Open 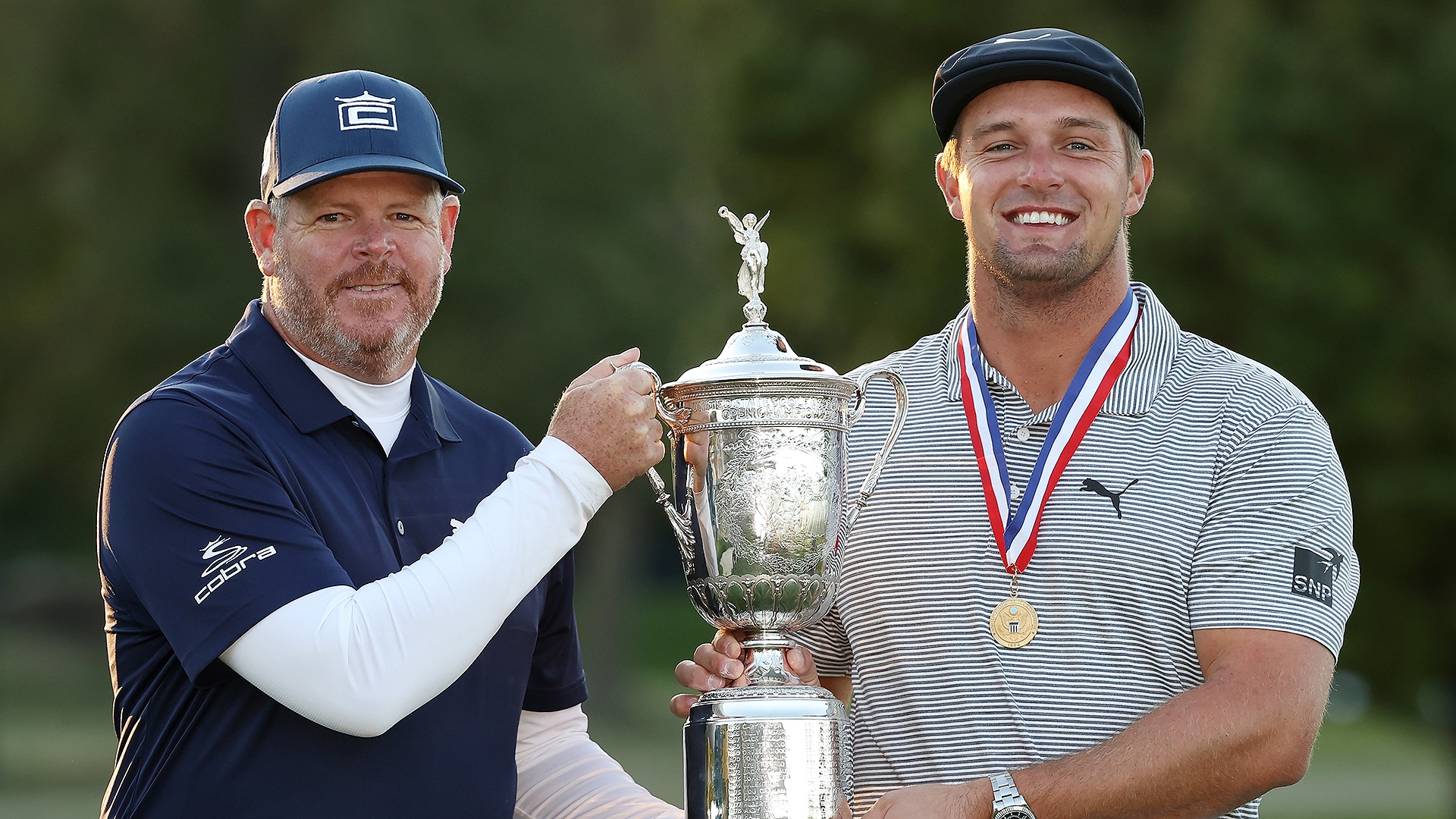 Speaking exclusively to Golf.com’s Luke Kerr-Dineen, DeChambeau described Tucker’s decision to quit on the eve of DeChambeau’s title defense at the Rocket Mortgage Classic as a “curveball,” but he added that there was no “falling out” between the two.

“The guy helped me win a major and win eight other times,” DeChambeau told Golf.com. “This is something where, for me, it was really difficult, for us it was really difficult, but at the present moment in time, when it happened, there were a lot of things going on in both of our lives, and from that perspective people think, oh, it was this, it was that, or whatever, but personally, it was not; it was both of us going, you know what, as weird of a timing as people thought it was, it was actually the right time. I've got nothing but amazing things to say about Tim."

DeChambeau also took to Instagram on Saturday to address the news and reveal his new looper, Brian Ziegler: "Jumping into the deep end! Excited to have Brian Zeigler joining the team as my new caddie. Can’t wait to have him be a part of the journey. Thank you to my great friend Tim Tucker for everything he has done for me. I am grateful for our friendship."

According to Golf.com, DeChambeau and Tucker had been preparing for an eventual split since last year. Tucker, a former Bandon Dunes caddie, is set to launch a luxury transportation company to and from the Oregon-based resort next month.

“We were really tired,” Tucker said, also speaking with Golf.com. “The season; the tour schedule was grinding on us, grinding on me. I knew I was working on this business on the side; we’ve had a very intense relationship where he works a lot of hours. It was a little bit of me not being 100 percent healthy and happy. … We made the best decision for the both of us.”

Tucker added that he regretted the timing, saying, “I wished we would have finished out the week. [Bryson] probably wasn’t as focused on the golf as he should’ve been, and I take a lot of the blame for that.”

Ziegler, the lead instructor at Dallas National who also is close with DeChambeau’s instructor Chris Como, had been training for this transition under Tucker for six months, according to Golf.com. He is expected to debut on DeChambeau’s bag at next week’s Open Championship at Royal St. George’s.

“Brian has been a big part of my life for a while now,” DeChambeau told Golf.com. “We did a lot of speed training stuff together. He was the motivator and the hype man. He helped me reach new [personal records] I never believed I would get to.”