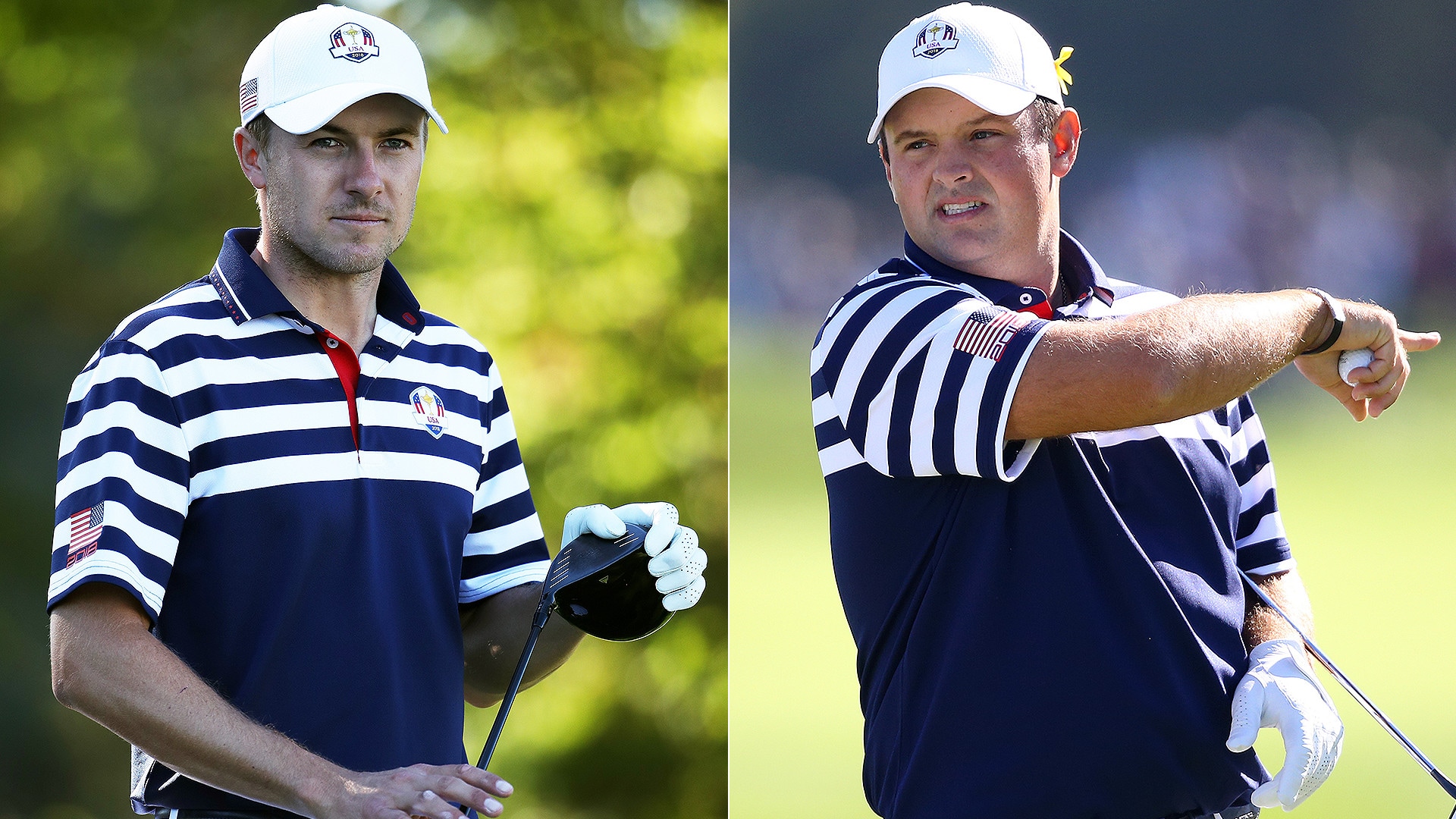 One of the biggest question marks entering the week was Furyk's choice to split up the productive pairing of Patrick Reed and Jordan Spieth, who had gone 8-1-3 together in team competition since 2014.

That decision had divisive results, with Spieth becoming a rare bright spot for the Americans while going 3-1 alongside Justin Thomas. On the other hand, Reed has struggled in a pair of losses with Tiger Woods while sitting out both foursomes sessions.

Debate about the split continued Saturday night on Twitter, with one user weighing in with the notion that "Reed doesn't want to play with Spieth unfortunately." That comment caught the attention of Twitter user @JustineKReed, who tweeted for the first time in over a month to defend Reed - and imply that the genesis of the shakeup came from Spieth:

Justine Reed, Patrick's wife, was approached by Golf.com on Sunday at Le Golf National and asked whether the account belonged to her.

“I can’t really say. I don’t know,” she answered, per their report, before declining further comment.