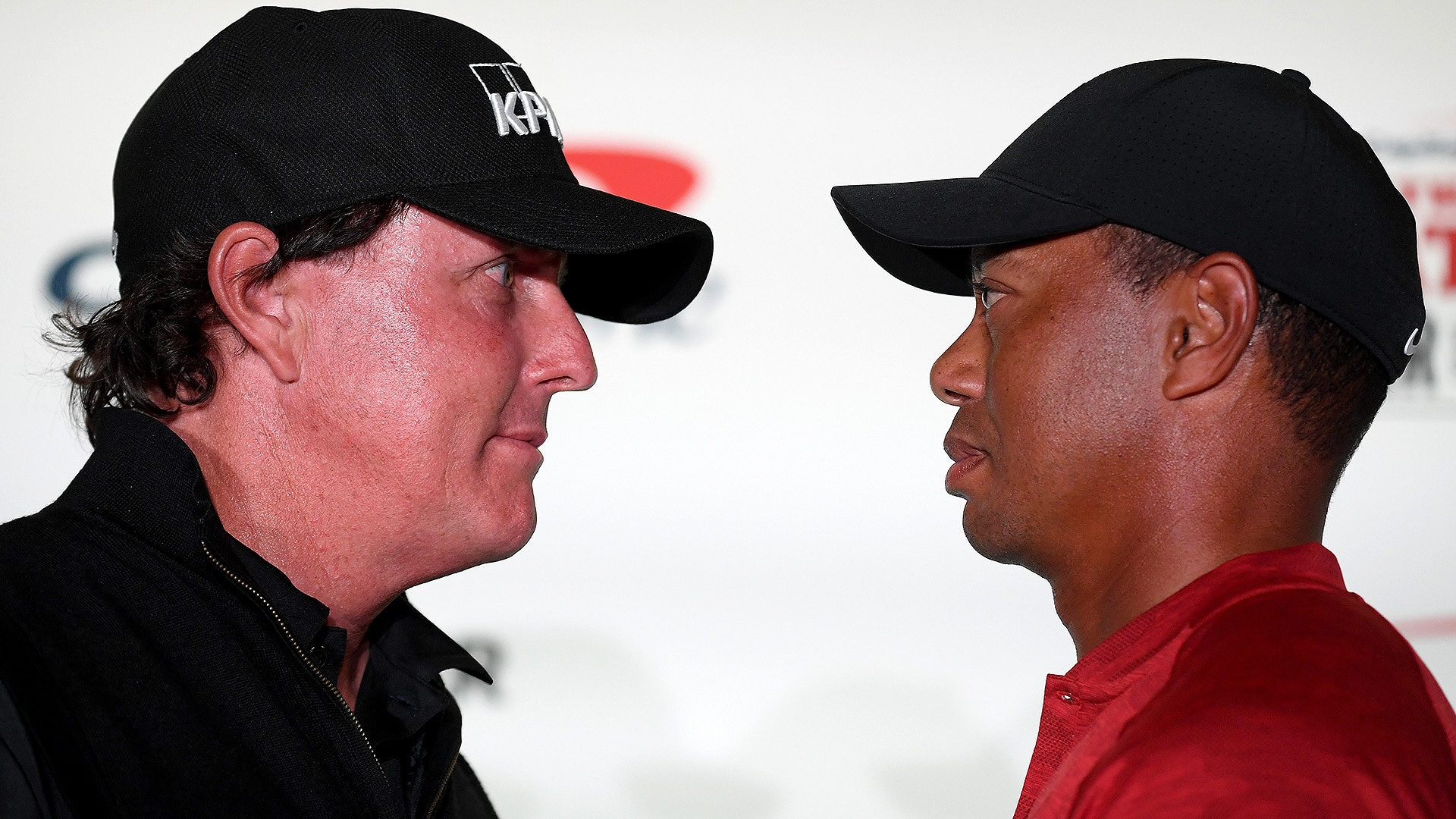 It appears "The Match" wasn't just a one-time deal.

Golf Digest reported Wednesday that Tiger Woods and Phil Mickelson actually signed a three-year deal, meaning they will face off in head-to-head matches in each of the next two years.

Woods and Mickelson played the first installment of what looks to now be a series on Nov. 23 in Las Vegas. Mickelson won that day at Shadow Creek Golf Club, collecting the $9 million winner-take-all prize in 22 holes. Turner hasn't released official figures, but Golf Digest said it is believed that "The Match" drew nearly one million customers.

Initially, Turner charged a $19.95 pay-per-view fee, but those were refunded after a technical glitch.

It is unclear whether the event will return to Shadow Creek in 2019 or be played somewhere else.