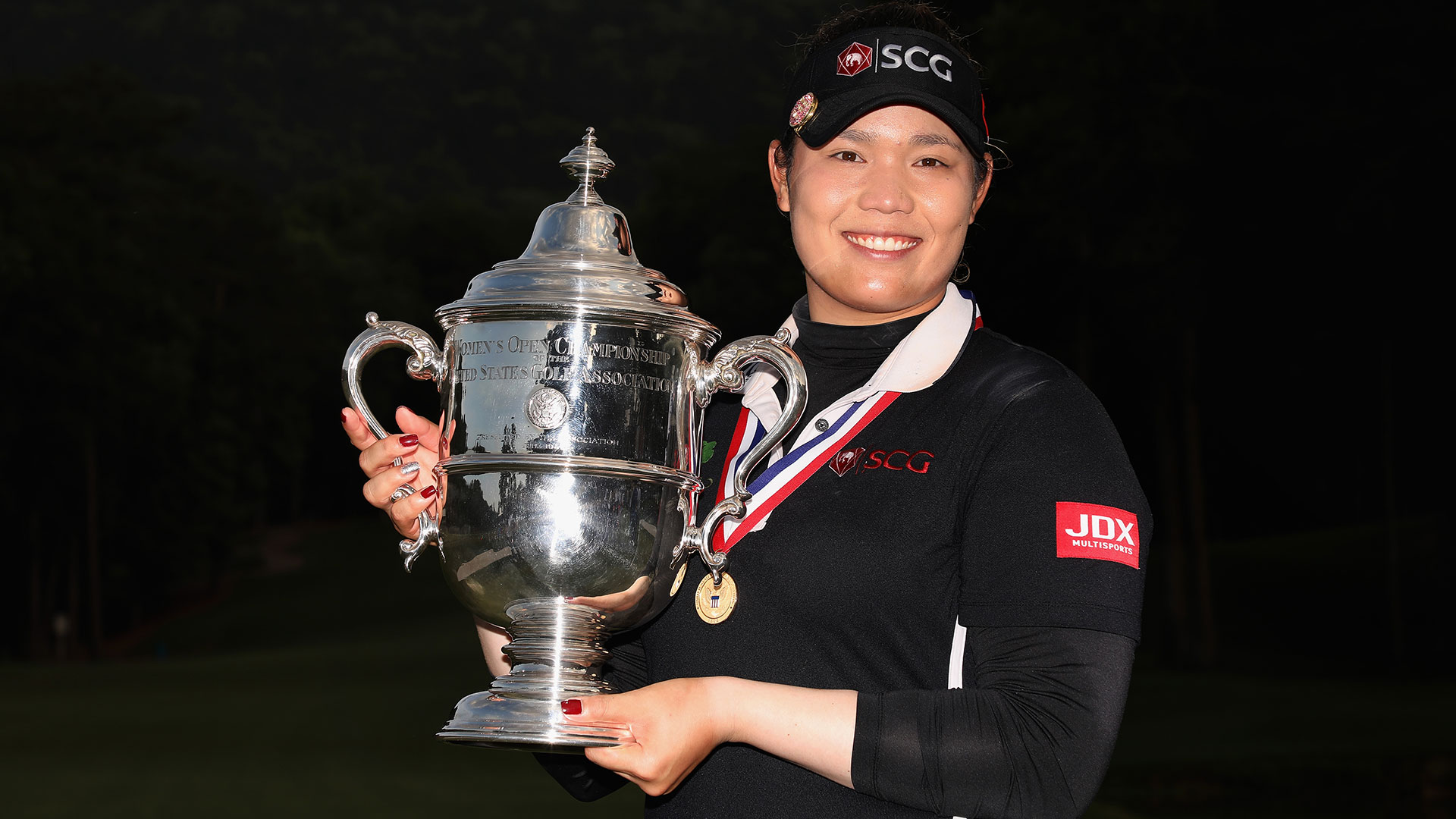 BIRMINGHAM, Ala. – Ariya Jutanugarn has her sweet, playful side.

There’s a charm in the childlike pranks she enjoys playing on her older sister, Moriya.

She likes messing up Mo’s bed after Mo makes it so tidily in the home they share in Lake Nona in Orlando, Fla.

And she likes digging through Mo’s dresser and messing up the clothes after Mo folds them.

“This looks much better now,” Ariya will tell Mo.

This is life with Ariya, where a mess can be such good fun.

“She’s annoying sometimes,” Mo said as she headed out to watch Ariya make a beautiful mess of the U.S. Women’s Open before winning it in unforgettable fashion Sunday. “Sisters can be like that.”

Mo adores her baby sister, even when she makes Mo clean up after her, but there was something special watching her sister clean up her own mess at Shoal Creek.

“Everything is a drama with my sister,” Mo said. “It’s fun for her, but not for us.”

Ariya loves to binge watch Thai dramas, but she scripted her own in the final round of the 73rd U.S. Women’s Open.

This wild day was a perfect microcosm of Ariya’s roller-coaster career. This is a player who can find ways to win and lose in spectacular fashion. She almost did both Sunday in the foothills of the Southern Appalachians.

“I’ve lost a few years off my life caddying for her,” Les Luark said after Jutanugarn defeated Hyo Joo Kim to win the 73rd U.S. Women’s Open with a par on their fourth playoff hole. “But I wouldn’t work for anyone else. She’s the best.”

Early on Sunday, Ariya looked as if she were going to smash Juli Inkster’s U.S. Women’s Open scoring record, making five birdies and a bogey on the front nine to make the turn in 16 under, equaling Inkster’s mark for most strokes under par any player has ever reached in this championship.

And then after a stunning mistake at the 10th tee, she looked as if she were going to join Arnold Palmer in the annals of historic collapses. She looked as if she might blow a seven-shot lead over the back nine, the way Palmer did losing to Billy Casper at the 1966 U.S. Open at The Olympic Club.

Ariya’s wild tee shot, a push deep into the trees in the hazard there, led to a triple bogey that completely changed the finish.

“After that, I played a little scared,” Ariya said.

Jutanugarn bogeyed the final two holes, sending the championship to a playoff.

Ariya, who goes by the nickname “May,” has her playful side, but she has another side, too, the one that is responsible for her ability to bounce back from so much adversity in her career.

So does their mother, Apple.

So do Pia Nilsson and Lynn Marriott, the Vision 54 coaches who work with her.

“Ariya is unique, very different from Annika Sorenstam and other players we’ve worked with, but she shares something all the champions have,” Nilsson said. “She has a certain stubborness.”

Fortunately, Luark knows that, too.

Luark tapped into that on the 11th tee, when he could sense Ariya’s mind drifting to bad memories, to old wounds.

She came to Shoal Creek with eight LPGA titles, including a major championship, the Ricoh Women’s British Open two years ago.

But she came with a lot of scars, too.

Jutanugarn had a chance to win the Honda LPGA Thailand as a 17-year-old. She was up by two shots on the final hole with so many Thai fans there bursting with pride, but she tripled bogeyed the last hole and lost to Inbee Park.

She tore the labrum in her right shoulder later that year, and then slumped terribly in her return, missing 10 LPGA cuts in a row.

And when she finally fought back from that, she endured yet another collapse, this one with a chance to win her first major. She blew a two-shot lead with three holes to go at the ANA Inspiration in 2016, bogeying the final three holes to lose to Lydia Ko.

Jutanugarn confessed the memory of the ANA loss was coming back to her after she blew that tee shot into the woods on Sunday.

So with Kim charging, Luark appealed to the stubborn side of Jutanugarn, the maddening side of her personality that Luark has come to respect as much as he tolerates.

“I could see she was getting in that mode where she was starting to think about what could happen,” Luark said. “So I stopped her on the tee box at 11 and said, `Look at me. Do you think you are good enough to win this tournament?’ She just kind of stared at me. I said `May, talk to me. I want an answer.’ And she said, `Yes, I’m good enough to win.’”

Jutanugarn keeps learning more about herself with every bounce-back from adversity.

Jutanugarn may qualify for a doctorate in resilience after Sunday’s bounce-back victory.

“I feel like I have these situations a lot in my life,” Jutanugarn said. “And I have learned.”

Jutanugarn made it to Rolex No. 1 in June of last year, but she only lasted two weeks there. She was No. 5 coming into this week, but she will likely move up to No. 2 or 3 with this victory. Her team believes the lessons she is learning will help her better handle her next run at No. 1, because it looks like that’s where she is headed again. This was her second victory in her last three starts.

“I think before, it was intimidating to her, but I think she is learning, and she is becoming more comfortable with all that comes with being dominant.”