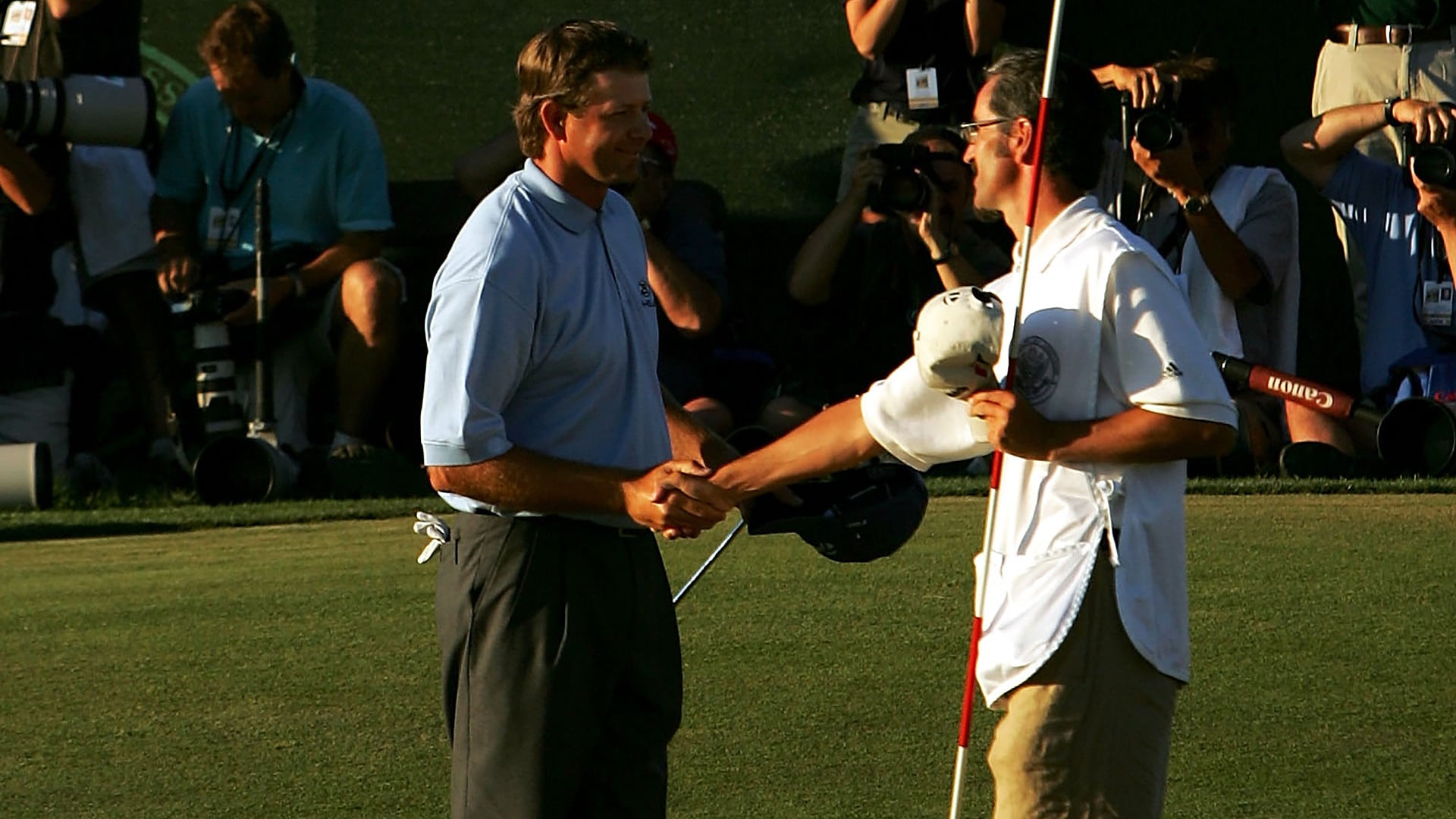 SOUTHAMPTON, N.Y. – Retief Goosen might not be here to defend his U.S. Open title at Shinnecock Hills – more on that in a bit – but his major-winning caddie is.

Colin Byrne, who was on the bag for Goosen’s victory in 2004, now loops for Rafa Cabrera Bello, and he’s guided the Spaniard to a strong start through two rounds at this Open. They sit at 4-over 144, eight shots back of Dustin Johnson.

“It’s great to be in this position again with a new player,” Byrne said.

During that magical week in ’04, Byrne said that Goosen played lights-out for three rounds and then “putted like a genius, like a god” in the final round that was best remembered for Phil Mickelson’s late three-putt and the USGA losing control of the setup.

“To win the U.S. Open on a course like this, in conditions like that, against America’s golden boy, is something special,” Byrne said.

Goosen, a two-time U.S. Open champion, was not given a special exemption into this year’s event (he was in 2016), and he wasn’t able to play his way into the field through sectional qualifying.

“It’s a surprise he’s not here,” Byrne said. “It was really odd. It was almost disrespectful, which is a pity.”

Byrne said he couldn’t find his yardage books or material from 2004, not that it would have helped him much anyway, following the course's extensive restoration over the past 14 years.

Instead, what he’s tried to instill in Cabrera Bello is an emphasis on precision, discipline and scrambling.

Cabrera Bello went out in 3 under Friday before shooting an inward 39, his bogey-double bogey stretch on Nos. 2 and 3 coming in a surprising, cold rain.

“There’s a benefit in having Colin any week,” Cabrera Bello said, “but coming back here gives him a little bit more confidence and brings back some good memories.”