Watch: Fowler makes 7 when dropped ball rolls back into water 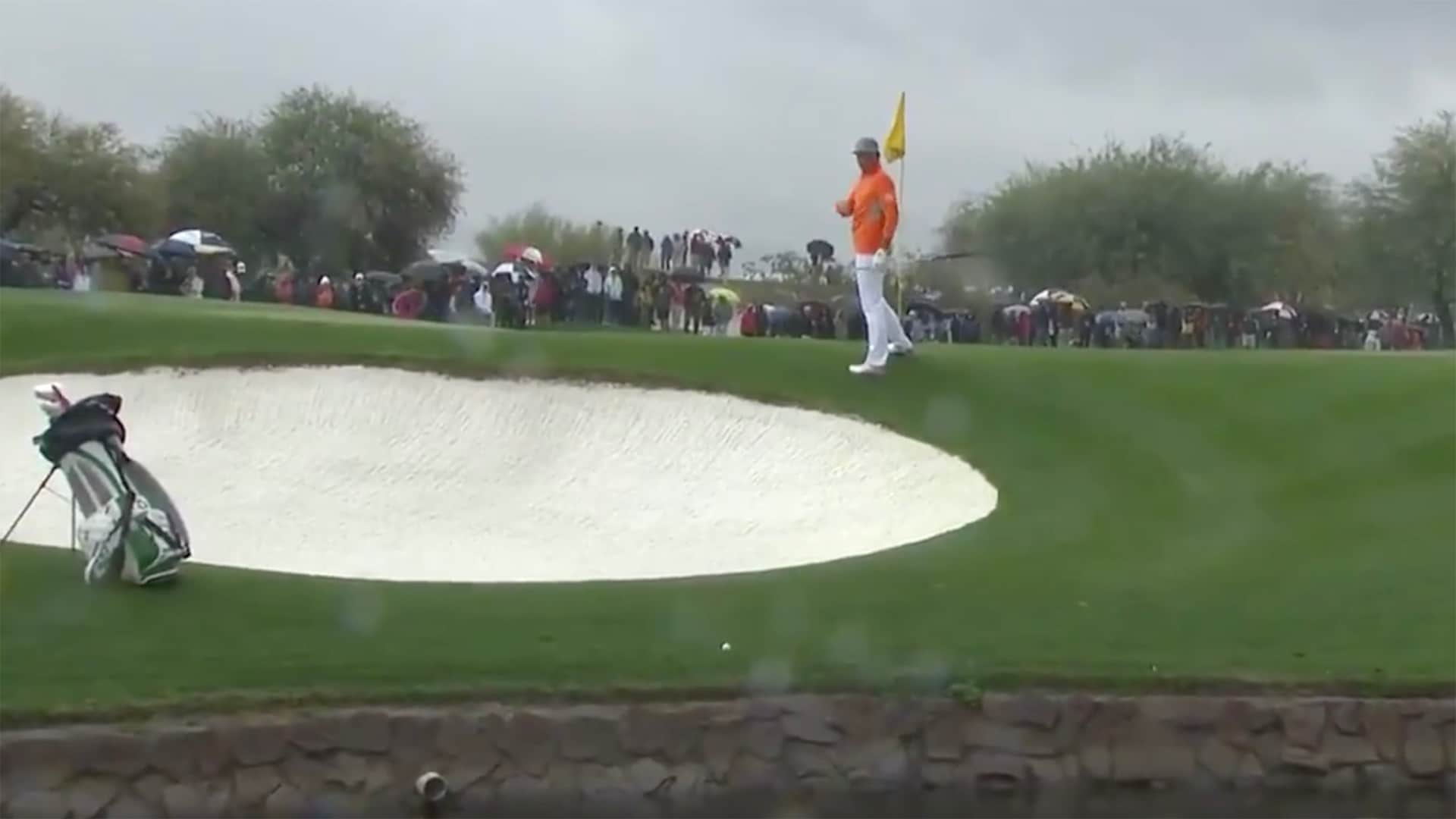 The Rules of Golf once again became a talking point at TPC Scottsdale when Rickie Fowler made one of the oddest triple bogey-7s you're likely to see in the game.

Up five shots through 10 holes at 19 under par on Sunday, Fowler saw his lead cut to just one when he hit a poor shot and caught an even worse break at the par-4 11th.

After missing the green to the right, Fowler played a pitch that wouldn't check on the wet putting surface and skidded into the water. He dropped on the bank and walked away from his ball, which then — after having been at rest — rolled back into the water. Because he had to once again remove the ball from the penalty area, he was assessed an additional one-stroke penalty.

From there, he flopped onto the green and made a 17-footer to save his 7. That triple bogey, combined with a birdie from Branden Grace, saw Fowler's lead cut from five to one. He proceeded to lose the outright lead altogether with a follow-up bogey at 12, leaving him tied with Grace at 15 under.

The triple was Fowler's second crooked number of the day following a double at the par-4 fifth.