Fowler penalized for dropping at shoulder height; 'That's just what you're used to' 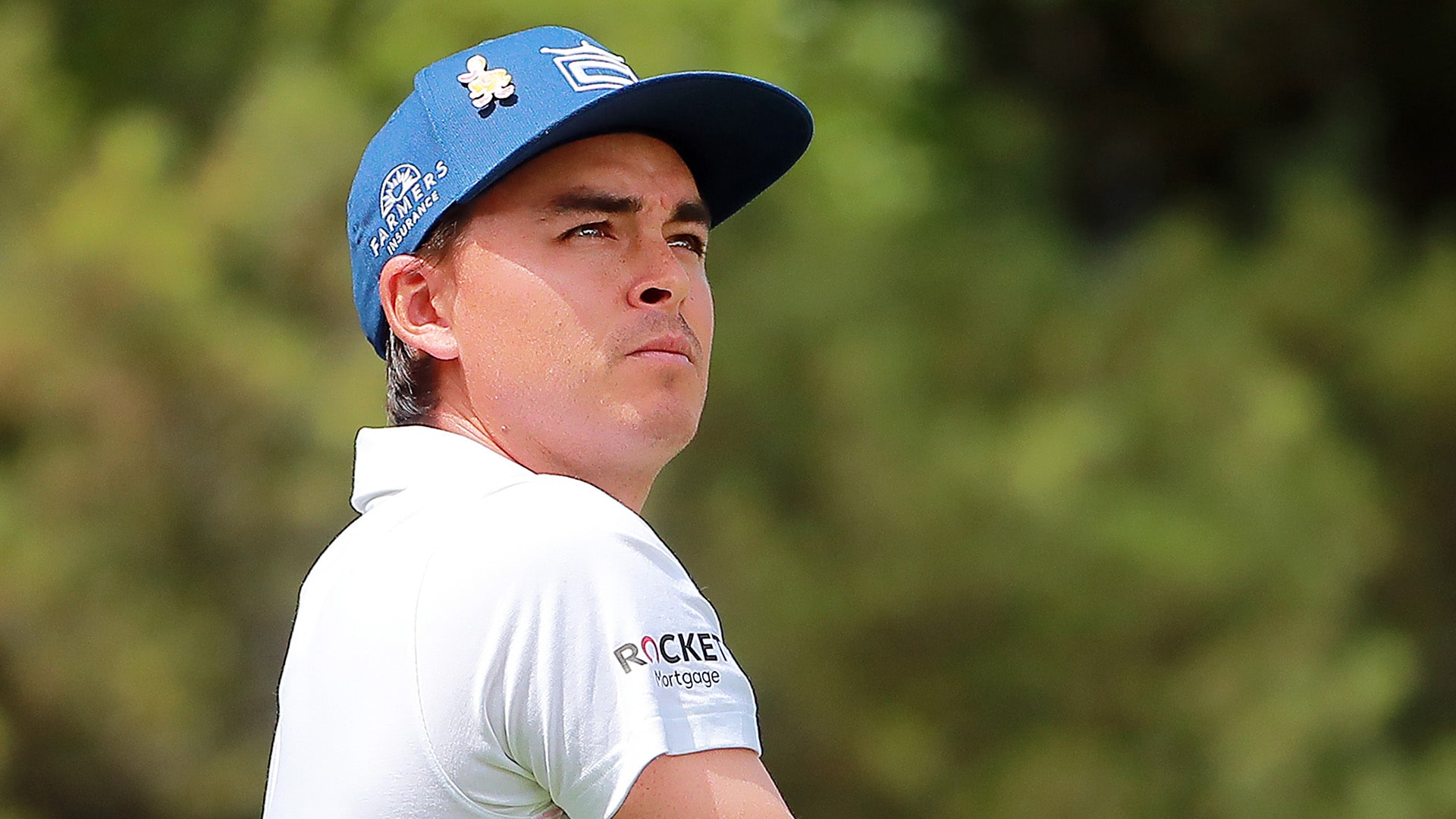 MEXICO CITY – Rickie Fowler wasn’t the first player to find himself on the wrong side of the new rule that requires players to take drops from knee-height, but his infraction was certainly the most high-profile.

Fowler began his second round at the WGC-Mexico Championship on the 10th hole and things started to go wrong quickly when he hit his approach shot well right and out of bounds.

“It's hard to hit a high shank, but I did. You can't teach that one,” Fowler laughed.

Things only got worse when Fowler dropped from shoulder-height. Neither Fowler’s caddie nor any of the other players in his group saw him take the incorrect drop and he hit his next shot to 30 feet.

Fowler was informed of his mistake on the green and was given a one-stroke penalty for violating Rule 14.3b, improper procedure of drop.

“I was just going through the natural kind of progression of what you do with the drop, that's just what you're used to,” said Fowler, who ended up making a triple bogey-7 on the hole on his way to a 2-over 73. “I have done that for 28 years. So, yeah, got an extra shot on that.”

Under the new rule, players who take an incorrect drop can correct their mistake as long as they’ve not played their next shot.

“With the new rules that have been put in place, it's not doing any favors for our sport,” said Fowler, who added that he’s correctly taken drops this season from knee-height. “I get why they went to knee [height]. I don't understand why there can't be an area maybe, whether it's waist to knee, or leave shoulder in there if you take away the extra area of relief that was always there.”

After hitting his second shot into a water hazard Rory McIlroy took a drop from shoulder-height before being reminded of the new rule by his caddie. He corrected his mistake before playing his next shot and wasn’t penalized.

“I did it the first week in San Diego on the 13th hole there, I went to drop it from the shoulder and the rules official said, ‘Whoa,’” Tiger Woods said of the new rule. “This is all new to us. I remember I dropped it over the back of my shoulder.”

Fowler was the second player penalized for violating the new rule on the PGA Tour this year. The first came last month at the Sony Open.