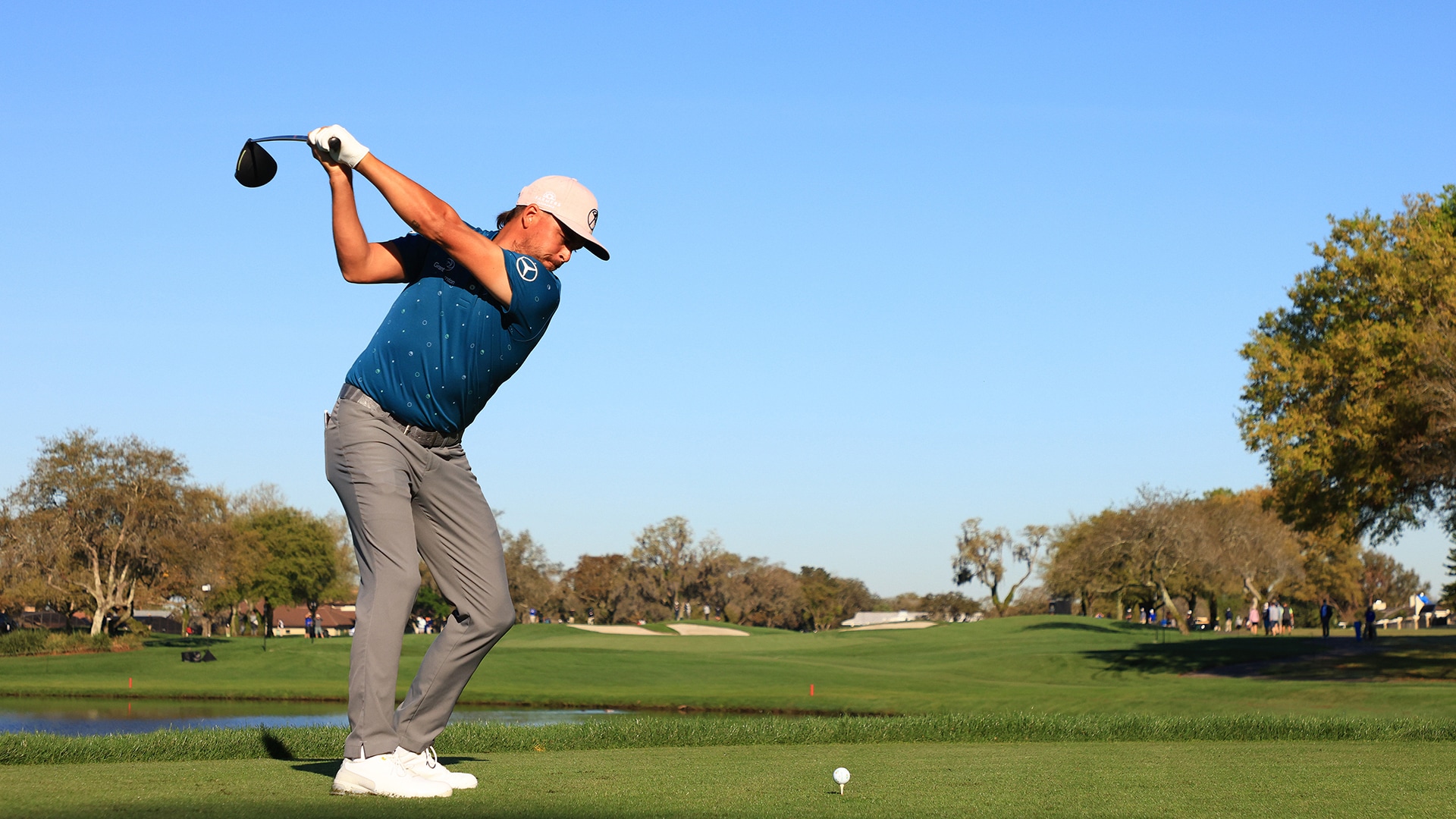 ORLANDO, Fla. – Rickie Fowler might still be grinding on his swing, but he’s at least sticking around for the weekend thanks to a late rally Friday at Bay Hill.

After yanking a drive well into the lake on the third hole and making double to drop to 5 over, Fowler responded with three straight birdies, at Nos. 4-6, and parred his final three holes of the day to shoot 2-under 70. At 2 over par, Fowler finished on the cut line, right at T-65 with the top 65 and ties making it to Rounds 3 and 4.

“I'm happy with it,” said Fowler, who has missed just one cut in nine previous starts at the Arnold Palmer Invitational but also has gone more than a year without a top-10 finish. He’s changed coaches, dropping Butch Harmon and linking up with John Tillery last November. He played five straight weeks on the West Coast, the first time he’s done that since his rookie year, with two missed cuts and a best finish of T-20 two weeks ago at Riviera.

Fowler said Friday that he's starting to "see the light at the end of the tunnel," but the journey to this point has been a fight.

“If we look back on this in a couple years and I've gone on to win a handful of tournaments and I'm in a good spot to be like, you know, 'Was it worth it?' Yeah,” Fowler said. “We all go through changes to ultimately come out in a better spot than we were before, so that's why we're going through this and battling through it. … I think more so it's just a mental challenge because playing and competing against the best players in the world for a decent amount of time now and being up there is at one point in the top 10 for quite some time and being one of the top guys in the world, it's just hard because you know what you're capable of and where you should be or what you expect out of yourself.

“So, that's been more of the struggle is not beating myself up too much and kind of taking a step back, let everything happen, be patient, but, yeah, it's been frustrating at times.”

Fowler said last year’s coronavirus stoppage ended any momentum he had. When he returned, he missed three of his next five cuts beginning at Colonial. The rest of the year wasn’t great, either, as Fowler ended 2020 outside of the top 50 in the world for the first time since 2010.

However, a closing 67 at the Genesis gave Fowler his first real positive affirmation in a while, and though Thursday’s opening 76 was another step back during this swing re-tooling (Fowler missed nine greens in Round 1), he bounced back by hitting 15 greens on a day where he found only six fairways.

“It's getting closer and closer,” said Fowler, who finished among the morning wave, “so see if we get a tee time tomorrow. If we do, we'll go play like hell this weekend.”