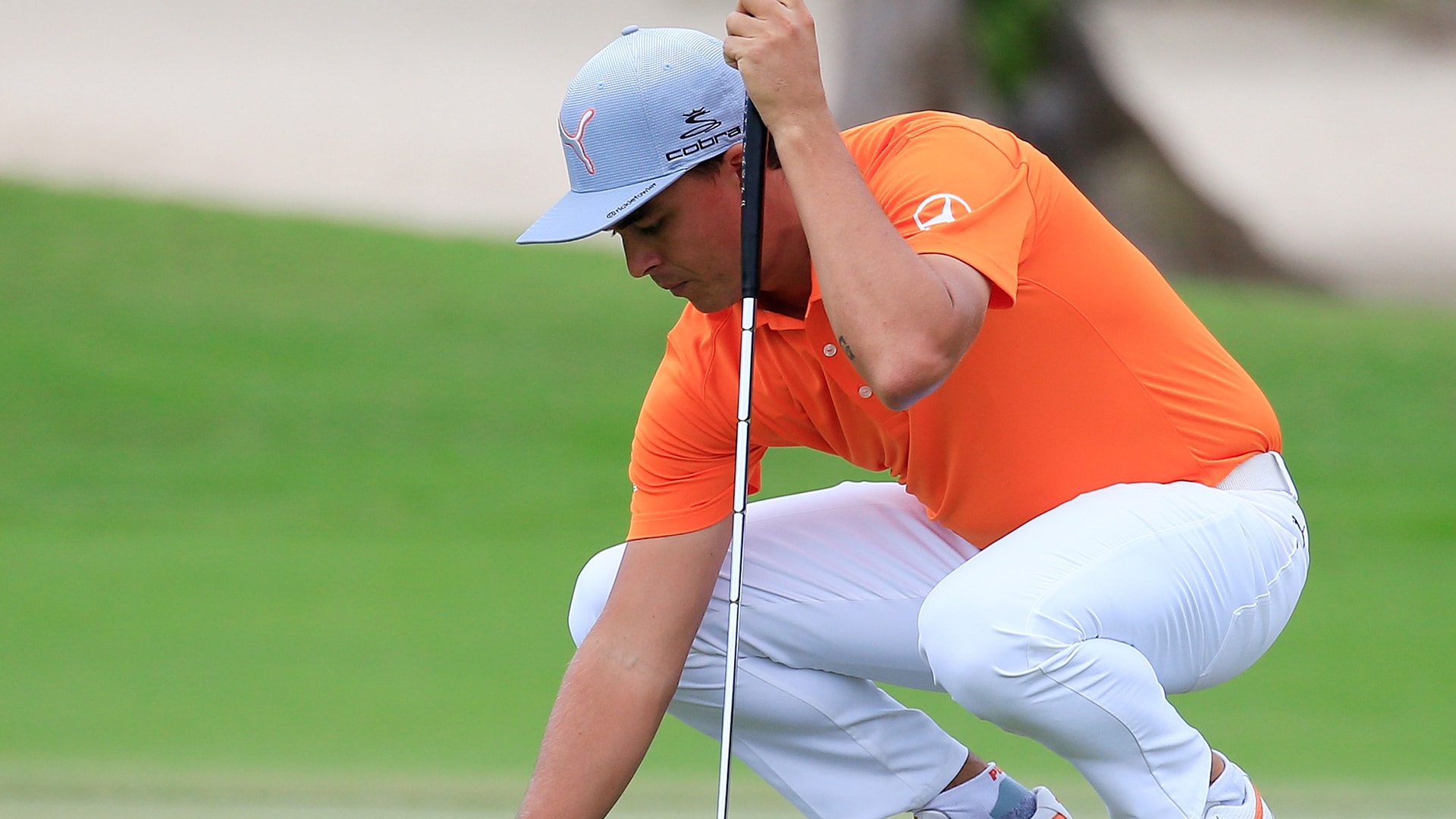 Patton Kizzire snagged his first career PGA Tour victory at the OHL Classic at Mayakoba, but Rickie Fowler certainly made him earn it.

After multiple weather delays led to a 36-hole finish Sunday in Mexico, Fowler started the final round one shot off the pace. But he stumbled out of the gates, bogeying the opening hole and dropping another shot on the par-5 fifth hole after hitting two shots into the hazard.

Fowler trailed Kizzire by four shots with six holes to play, and he was still three back heading to the 16th tee. But he mounted a late charge with a birdie on No. 16 followed by another confident putt and birdie make on No. 17. That trimmed the lead to a shot, and Kizzire appeared to open the door further with a wayward drive on the closing hole.

Full-field scores from the OHL Classic at Mayakoba

But after Kizzire found the green, Fowler's final approach failed to cut as he anticipated and left him with a lengthy birdie try. That putt came up short, leaving Kizzire with an easy two-putt par to clinch a one-shot victory.

For Fowler, it's a third runner-up finish since June including T-2 finishes at both the Memorial Tournament and BMW Championship. While he failed to capture his first win since the Honda Classic in February, Fowler was able to start the new wraparound season with a solid finish despite playing only a handful of rounds since the Presidents Cup last month.

Fowler had some extra incentive Sunday as he sought to win a tournament for the first time with his grandparents, Yutaka and Jeanie Tanaka, in the gallery. Fowler also came up short with them in attendance at the 2016 Waste Management Phoenix Open when he lost to Hideki Matsuyama in a playoff.