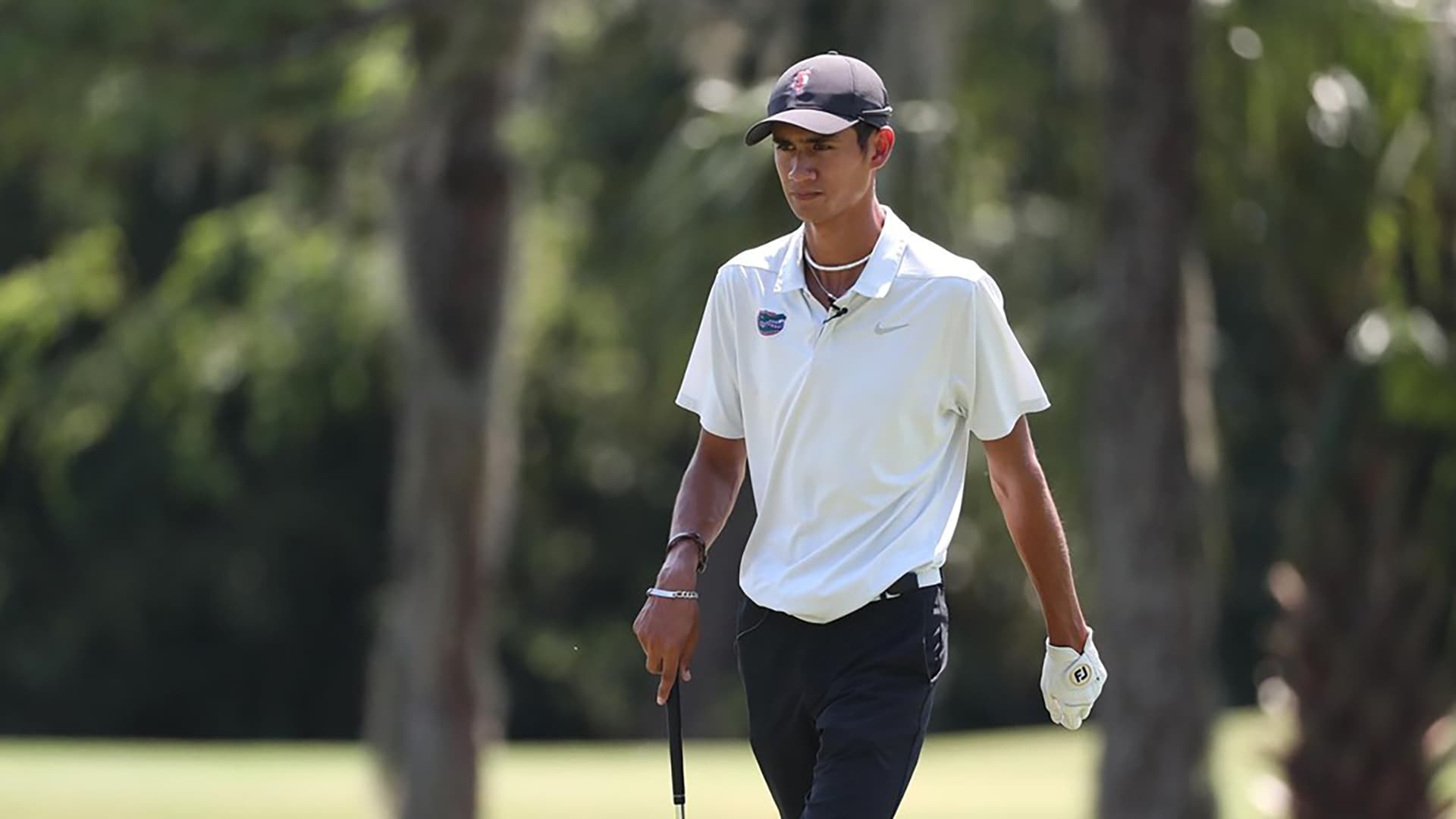 Florida sophomore Ricky Castillo, the world’s second-ranked amateur, has decided to withdraw from next week’s championship at Bandon Dunes because of severe fatigue. While two rapid COVID-19 tests came back negative, Castillo told GolfChannel.com on Friday evening that he wanted to be overly cautious and protect the field, as the tournament’s on-site doctor said there was still a chance that Castillo was infected with the novel coronavirus.

“Obviously, I’m disappointed, but what doctor said made sense, especially since we’re all in a bubble here,” Castillo said. “If someone is contagious, there’s a chance everybody could get infected.”

Castillo said he started feeling achy and sluggish shortly after getting back home to Yorba Linda, California, following his semifinal showing at last week’s Western Amateur.

But when his tests came back negative – Castillo was also tested for mononucleosis, which forced Texas’ Parker Coody to withdraw from the Western – Castillo and his dad, who was set to caddie, decided to make the 14-hour drive to Bandon.

Castillo still has yet to develop any other symptoms consistent with COVID-19, but he was told by a doctor upon arriving in Oregon that there was a “10-25 percent chance” that Castillo had the virus.

“We’re going to do what’s best for the field,” Mark Castillo said. “We can’t be selfish. But to say he’s disappointed is a bit of an understatement.”

Added Ricky: “With the way I was feeling, I wasn’t going to be able to play anyway. The club felt super heavy.”

Castillo, who was already on his way back home, now must quarantine until Wednesday, per doctor’s orders. After that, he will turn his focus toward (hopefully) a fall college golf season and a U.S. Open start at Winged Foot, having already clinched his berth via the World Amateur Golf Ranking.

Castillo was replaced in the U.S. Amateur field, which was already without No. 1-ranked amateur Takumi Kanaya and No. 3 Kevin Yu, by Oklahoma State’s Aman Gupta.