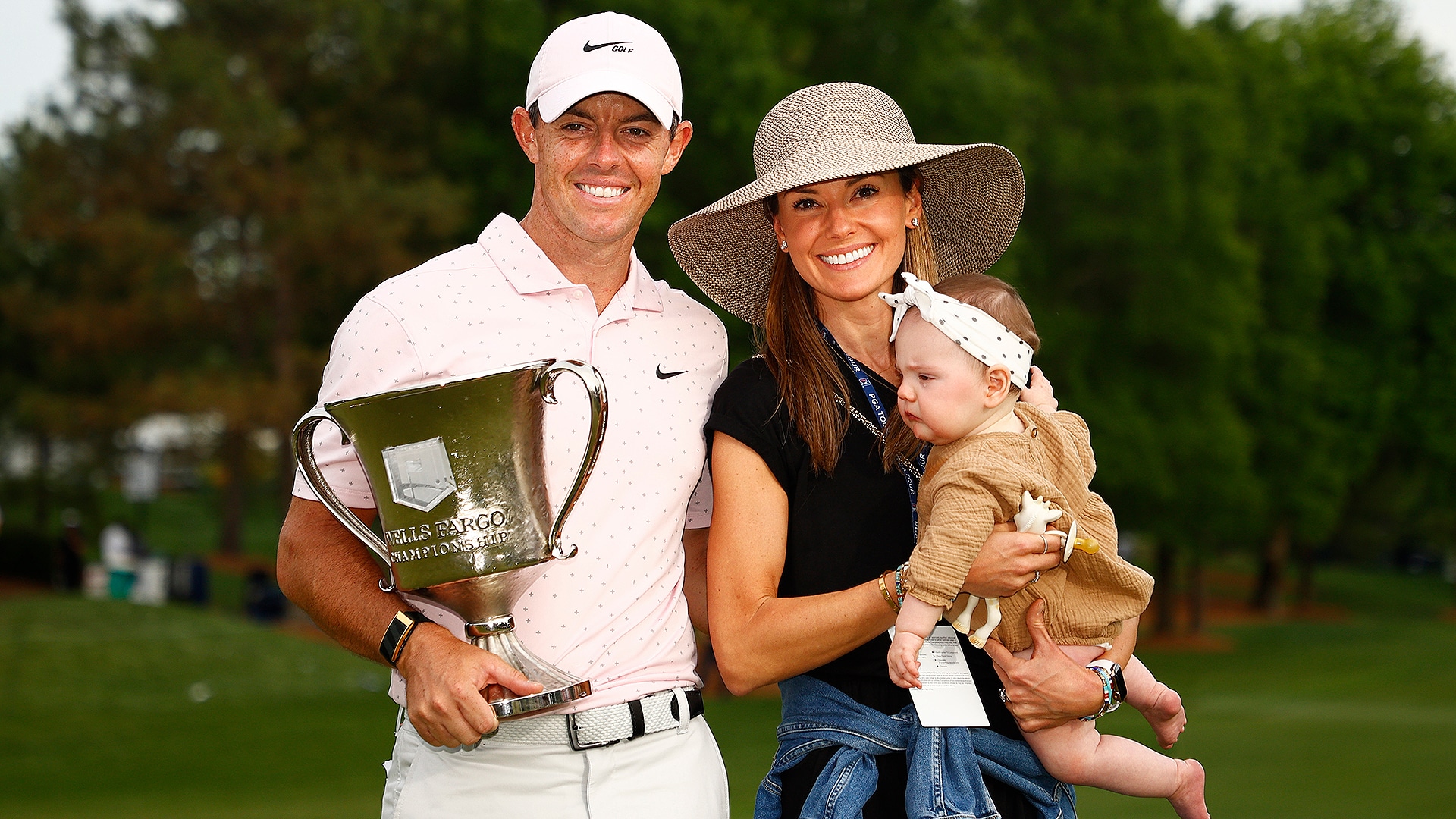 CHARLOTTE, N.C. – Back in 2019 – before COVID-19 and masks and 6-feet of safety made public gatherings uncomfortable – a massive gallery crushed in around the first tee at Quail Hollow Club to serenade Rory McIlroy on his 30th birthday.

Now 32, McIlroy’s affinity for the Queen City gem dates back to 2010 when he won his first PGA Tour event before he could legally and properly celebrate it, and in the clubhouse there’s an oversized replica of his scorecard from his course-record 61 that directs players to the first tee.

It’s a standard and a challenge. Good luck.

Five years from now McIlroy’s victory at the 2021 Wells Fargo Championship will seem obvious. Of course he won for the third time at Quail Hollow, he’s literally a member at the club that’s become a professional second home for him.

But this “Dub” is greater than the sum of his Quail Hollow parts.

He wasn’t supposed to contend this week, his words. It was, he figured, far too early in the process with a new swing coach and his confidence was far too fragile.

“You saw how it was, I mean, I was just excited to be here for the weekend when I shot a good round on Friday,” said McIlroy, who finished at 10 under and a stroke ahead of Abraham Ancer. “I hadn't sniffed a weekend of a golf tournament for a couple of months.”

The 19-time Tour winner admitted following weekend rounds of 68 that he was nervous. He’d been here before, literally right here, but his previous two victories at Quail Hollow (2010 and ’15), as well as his runner-up showing in ’12, weren’t like this. Back then he was Rory, emphasis added. He was supposed to win.

But this week’s edition was more nuanced and nervy. He’d not played a weekend round on the Tour since the Arnold Palmer Invitational in early March and his last Tour victory was in the fall of 2019. He’d even fallen outside the top 10 in the world ranking, a status that at one time appeared to be a lifetime appointment.

He was shaky. He can admit that now.

“Heart rate was, oh, yeah, heart rate was up there. Heart rate was probably in the 140s [BPMs] at some point,” said McIlroy, as he referenced his Whoop fitness band data for the day.

It had been a minute since he’d felt this way, but when the first tee shot went into the air things quickly settled into a familiar routine. He’d done this before and birdies at Nos. 3 and 7 pulled him into a tie with overnight leader Keith Mitchell and eventually Gary Woodland. He broke free of the pack with a 5-footer for birdie at the 14th hole and added a cushion with a 3-footer at the 15th hole. But it was the final two holes that won the event and ended a title drought that was becoming uncomfortable.

With a brutal crosswind at the par-3 17th hole, McIlroy hit what he called his best shot of the day, a 7-iron to 16 feet for a stress-free par.

It was the kind of shot that had delivered eight-shot victories in major championships (twice) and made McIlroy a perennial contender. Mitchell had seen it all from afar, but Sunday was the first time he’d been paired with McIlroy on Tour and the Northern Irishman’s performance was vintage.

“The shot on 17 was good,” said Mitchell, who finished tied with Viktor Hovland for third place. “He flushed it right where he was looking and that was pretty important. I thought that was the one that might seal the deal and it looks like it was the one that sealed the deal.”

Actually, there was still plenty of work to be done after McIlroy pulled his tee shot into a hazard at the last hole and opted to take a drop and take his chances two-putting the final green for victory.

“I was ready to get in there and try to play that with a lob wedge and [caddie Harry Diamond] was sort of like, ‘Let's take a step back, let's think about this, where's the best place you're hitting your third from,” McIlroy said of the decision to drop outside the hazard. “He sort of calmed me down and slowed me down a little bit and said, ‘Pal, let's just think about this a little bit.’ Ultimately, we made the right decision.”

In ’10 at Quail Hollow a mop-headed McIlroy figured his breakthrough victory was only the beginning, the way youth has a tendency to over-simplify things. When he won again in ’15 he was less than a year removed from his fourth major victory and had become an undisputed force of nature.

The ’21 victory doesn’t come with that kind of shine. In fact, it almost didn’t happen at all after his neck locked up on him Wednesday, but an afternoon tee time on Thursday allowed him to get enough treatment to play and his work with new swing coach Pete Cowen, who has officially been on the team less than two months, allowed him to execute shots like the towering 7-iron at No. 17.

As McIlroy made his way up the 18th fairway, again, with a lead, again, with the crowds chanting “Rory,” again, there was something all so familiar about the scene. This was unquestionably different, but the one constant remained – it was the return of Rors.