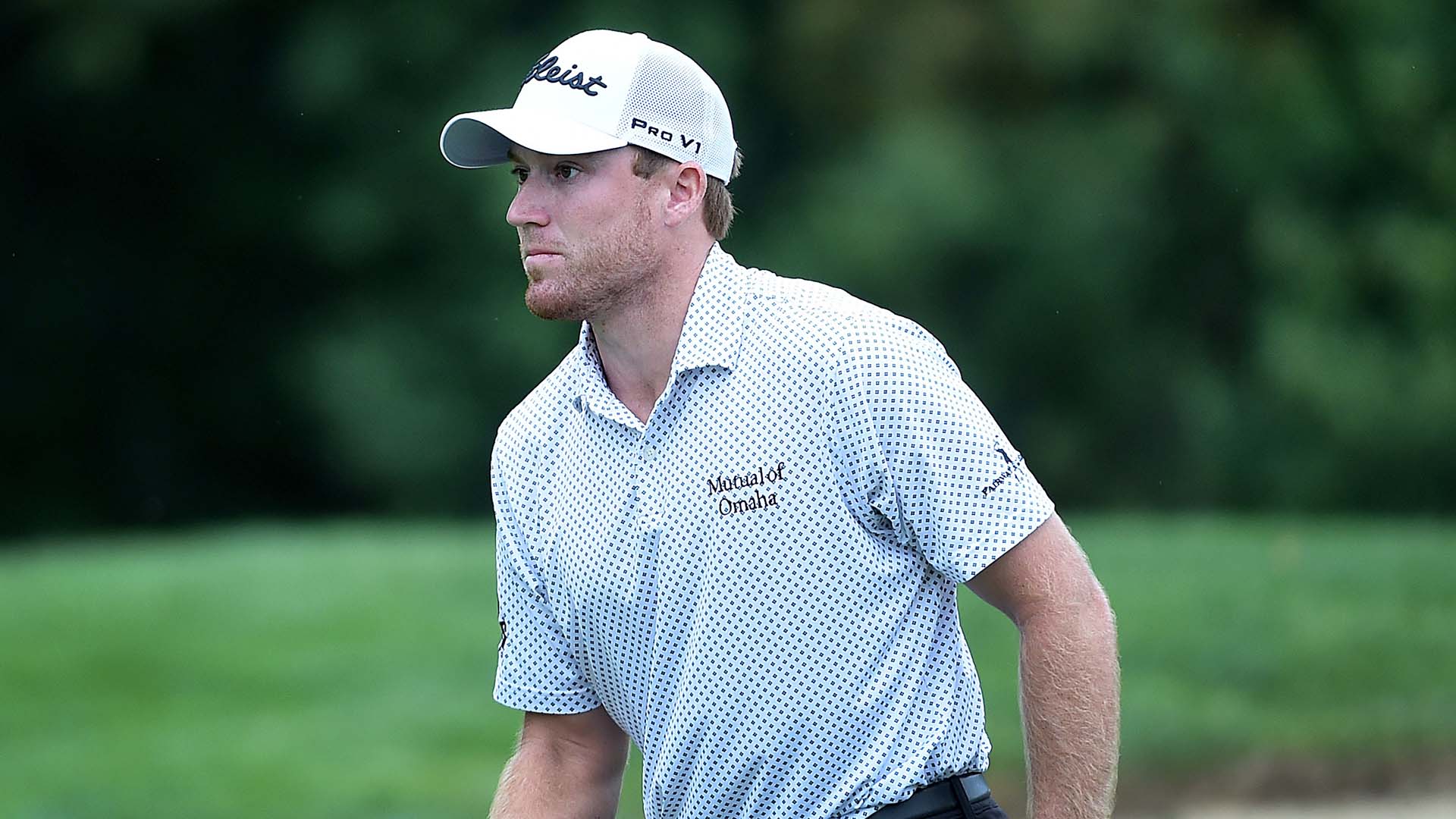 Robby Shelton already has his PGA Tour card locked up for next season. He hopes to secure fully-exempt status come Sunday.

Shelton shot 10-under 61 Thursday to take a two-shot lead after the first round of the Korn Ferry Tour’s regular-season finale, the WinCo Foods Portland Open, at Pumpkin Ridge’s Witch Hollow Course.

The former Alabama product is currently projected to pass Xinjun Zhang for No. 1 on the tour’s points list. The top point-getter after three-event KFT Finals (including the regular season) will be fully exempt for the 2019-20 PGA Tour season. The other 24 players who earn their cards Sunday will also have to play for priority in the Finals, which begin next week. The top point-earner for the Finals only will also be fully exempt on Tour next season while 24 other Finals money leaders will earn cards, as well.

Shelton, who turned pro in 2016 but struggled until winning twice this season, made 10 birdies to build a two-shot advantage over Vince India and Virginia product Jimmy Stanger, who entered the week at No. 41 in points. Last season, Stanger missed keeping his KFT card by a shot in Portland. Now, he’s in position to jump inside the top 25 and earn a ticket to the big show.

India is 116th in points and needs to move inside the top 75 to qualify for the KFT Finals or the top 100 to at least secure conditional status for next season.

David Lingmerth (144), Greg Yates (75) and Tyson Alexander (57) are tied for fourth at 7 under. Marty Dou, 26th in points to begin the week, was among those to shoot 65. He’s currently projected to move inside the top 25 and earn a trip back to the PGA Tour.