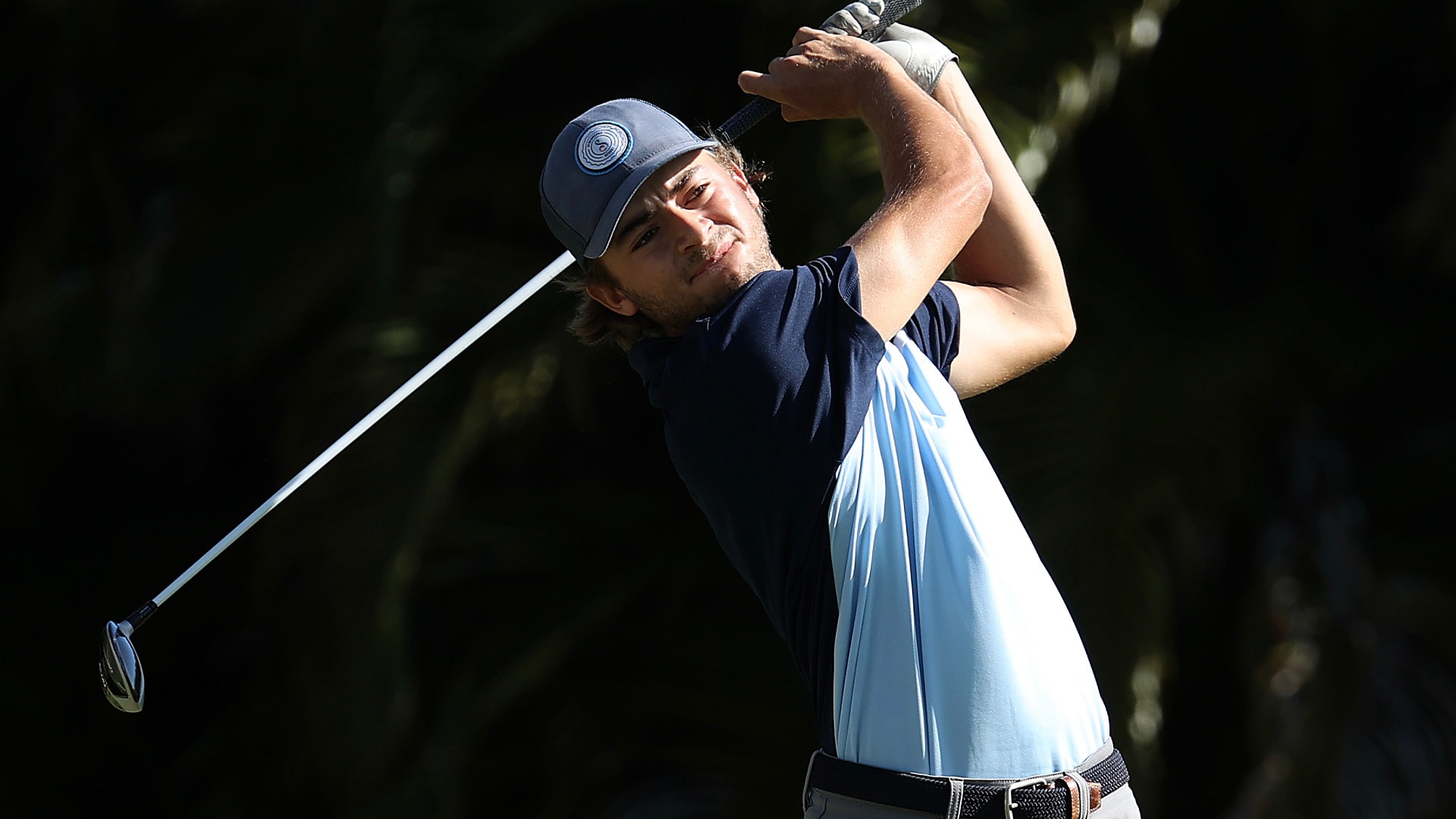 LA ROMANA, DOMINICAN REPUBLIC — Roberto Nieves of Puerto Rico regained the lead Saturday with a fast start and a steady nerve late for a 2-under 70 and a one-shot advantage going into the final round of the Latin America Amateur Championship.

At stake for the winner is a spot in the Masters in April and the British Open at St. Andrews in July, along with being exempt into the final stage of U.S. Open qualifying. Nieves had the lead after the first round with a 66, only to fall four shots behind Julian Perico of Peru going into the weekend on the Teeth of the Dog course at Casa de Campo.

Nieves quickly got into the mix with three birdies in the opening six holes. He started to lose ground with bogeys on the 13th and 16th holes, only to finish with a birdie to reach 7-under 209.

Fred Biondi of Brazil, who plays at Florida, started the third round 10 shots out of the lead and posted a 65 to briefly take the lead until Nieves closed with a birdie. Segundo Oliva Pinto (73) and Vicente Marzilio (72), both of Argentina, and Santiago De La Fuentes of Mexico (72) were two shots behind.

“I feel like I did everything pretty solid, took my medicine on the tough holes. It wasn’t easy, every hole was a challenge today,” Nieves said. “It definitely played harder than the last two days. I think I did a good job of keeping the ball in front of me. I left myself in spots where I wouldn’t get a big number.”

Biondi made the most of moving day with his eight birdies against a single bogey. The Brazilian tied for sixth at the Latin America Amateur in 2019 when it was at Casa de Campo.

“I like this course in multiple ways and I think you can’t really fake it around here. The greens are small and there are a lot of runoffs. It’s always windy,” Biondi said.

Perico isn’t the only player who struggled. Abel Gallegos of Argentina, who won the last Latin America Amateur two years ago, shot 78 and fell out of contention in hopes of defending his title.

The championship was canceled last year by the COVID-19 pandemic. 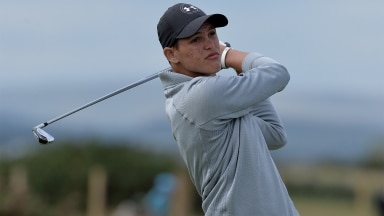 Aaron Jarvis, 19, will be the first player from the Cayman Islands to compete at the Masters and The Open Championship Julian Perico of Peru ran off four straight birdies early on the back nine Friday and closed with another for a 6-under 66. 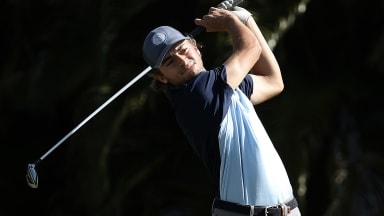 Two tied at LAAC with Masters berth on line

Oliva Pinto of Argentina played bogey-free Thursday for a 6-under 66 and shared the lead with Roberto Nieves of Puerto Rico.