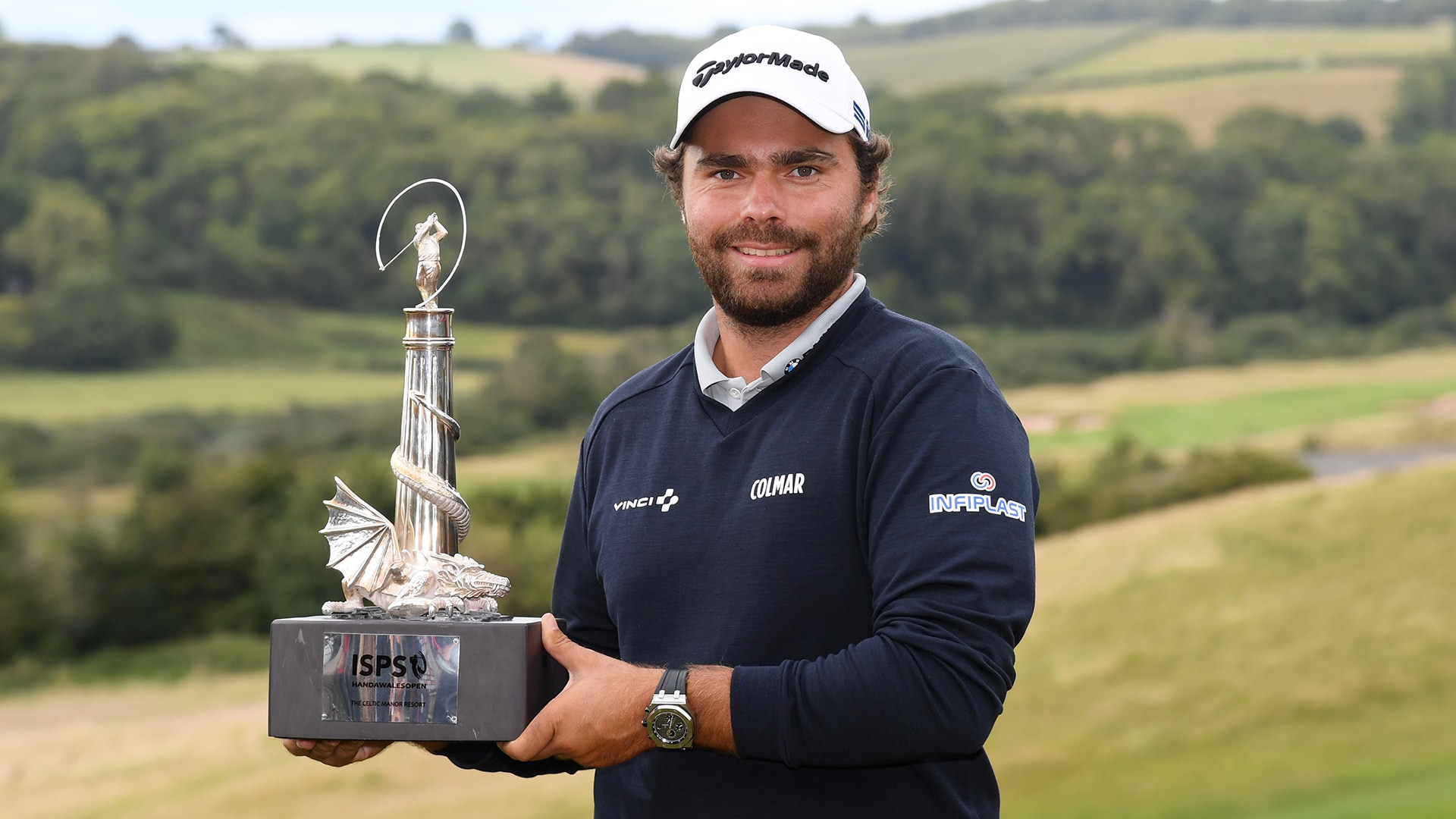 NEWPORT, Wales – Romain Langasque captured his first European Tour title after shooting a bogey-free, 6-under 65 to win the Wales Open on Sunday.

It tied the lowest round of the week at Celtic Manor and saw him finish on 8 under par overall and two strokes ahead of Sami Valimaki of Finland, who shot 69.

Sebastian Soderberg, who started the day tied for the lead with Connor Syme, went to the par-5 18th needing a birdie to take Langasque to a playoff.

His hopes ended when his approach found the water and he wound up with a triple-bogey 8 for a 74, dropping to a tied-for-fifth finish on 4 under.

Langasque, ranked No. 156, was five strokes off the lead when he began his round and made three birdies on both the front nine and back nine.

Syme shot 75 to finish tied for eighth on 3 under overall. Last week, the Scottish player started the final round of the Celtic Classic - also played at Celtic Manor - with a two-shot lead and finished third.

Unheralded English players Matthew Jordan and David Dixon, who is ranked No. 1,228, shot 66 and 68, respectively, and were tied for third place.