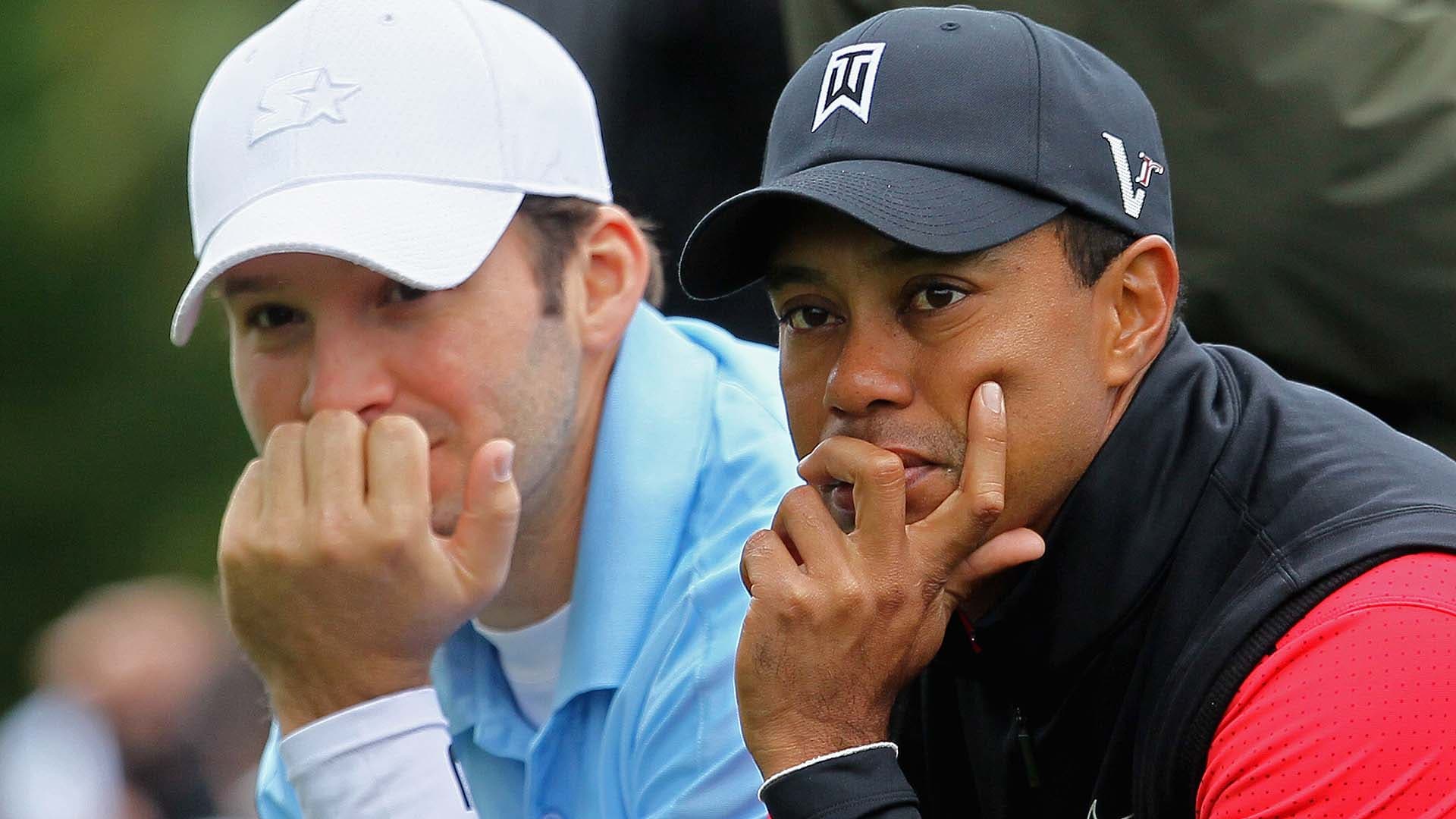 Fresh off working his first Super Bowl as an analyst, Tony Romo has already made the trek to the West Coast to prep for this week's AT&T Pebble Beach Pro-Am.

The former Dallas Cowboys quarterback may not be able to predict his golf shots the same way he does plays in an NFL broadcast booth, but he's got to have some extra confidence this week considering whose clubs he's using.

According to Golf.com's Jonathan Wall, Romo is teeing it up at Pebble Beach with Tiger Woods' old putter and Jordan Spieth's old wedge - hand-me-down gifts from the major champions.

Tony Romo has some hand-me-down clubs in the bag this week that used to belong to Tiger Woods and Jordan Spieth. 👀 https://t.co/m6Sq0oNI6A pic.twitter.com/SR8XpQRfZR

Romo, who has played as partners with both Woods and Spieth in past editions of this event, received the Nike Method putter from Tiger in 2016 when Woods switched back to his trusty Scotty Cameron.

As for Spieth's 60-degree Titleist Vokey lob wedge, Romo reportedly put it in his bag “about a year ago.” He and Spieth are friends who get plenty of rounds in together at their private club in Texas.

Romo, 38, was already one of the favorites in the celebrity portion of this event considering he's come just short of qualifying for the U.S. Open on several occasions and won the American Century Championship last summer.

But loading up his bag with the tools of a couple of guys with 17 major championships between them can't hurt his cause.