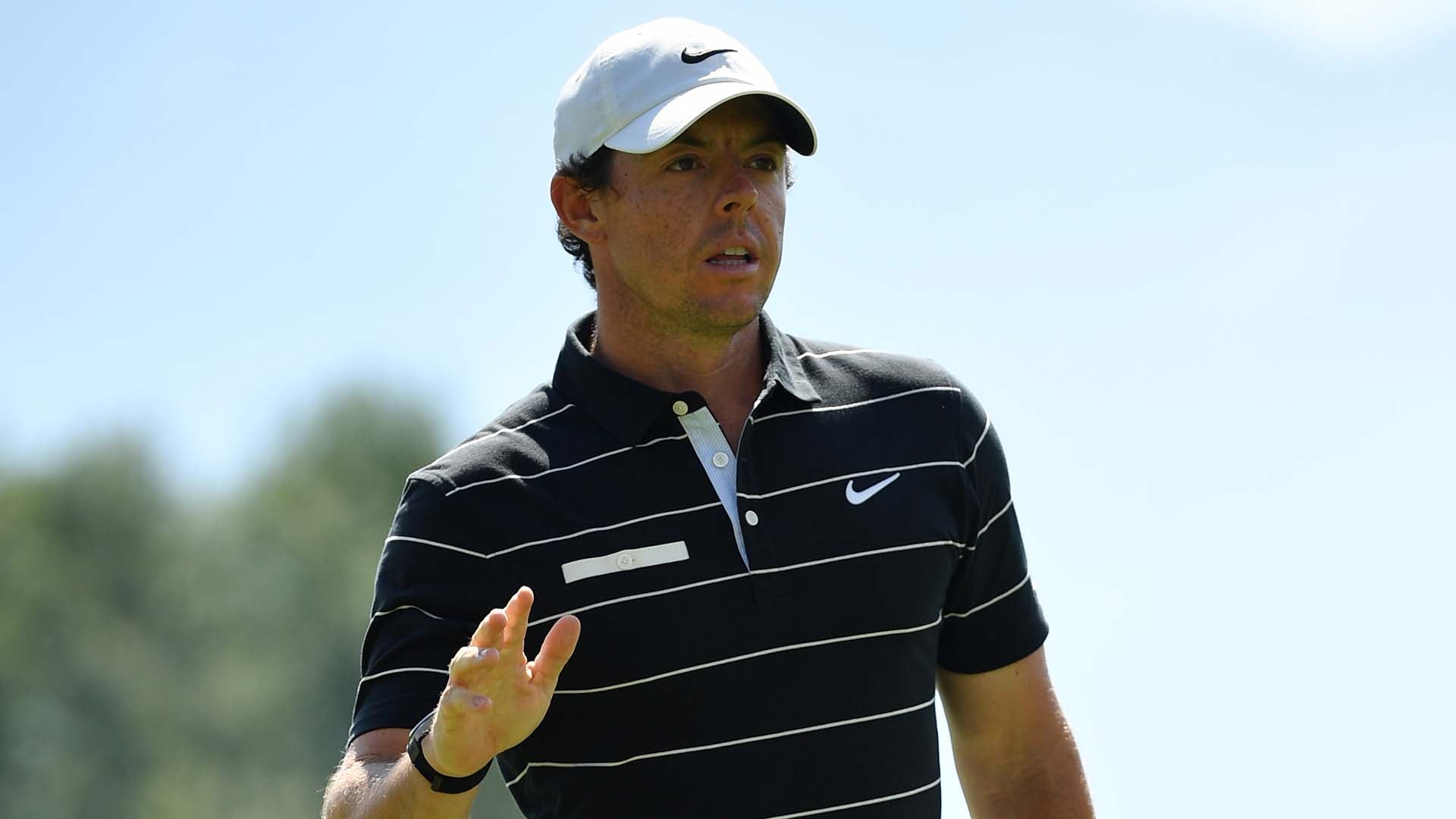 Rory McIlroy is still feeling the positive effects from his FedExCup victory.

Less than a week after netting $15 million for winning the Tour Championship, McIlroy is teeing it up in the Omega European Masters this week in Switzerland, where he shot 3-under 67 Thursday and began Friday's second round eight shots back.

But McIlroy didn't fret after a slow start, firing a second-round 63 to climb into contention at Crans-sur-Sierre Golf Club. At 10 under, McIlroy is tied for second, a shot behind solo leader Gavin Green, who shot 64 Friday.

"Going out this afternoon and you're eight shots behind the lead, you know that there are scores out there, but at the same time you don't want to push too hard," McIlroy said. "... It's been very easy for me to be patient this week."

McIlroy made four front-nine birdies Friday but gave a couple of shots away on Nos. 2 and 9, the latter being a par 5. After another birdie-bogey trade-off, at Nos. 11 and 12, McIlroy caught fire. He played his final five holes in 5 under with an eagle at the par-5 15th.

"I hit some really good shots coming in," McIlroy said.

McIlroy, who is searching for his fourth worldwide victory this year, is joined in second by a group of four players – Andres Romero (61), Tommy Fleetwood (65), Wade Orsmby (64) and Matthias Schwab (67).

Miguel Angel Jimenez, 55, is among those tied for ninth at 7 under after a second-round 66 while Sergio Garcia (68) is another shot back.