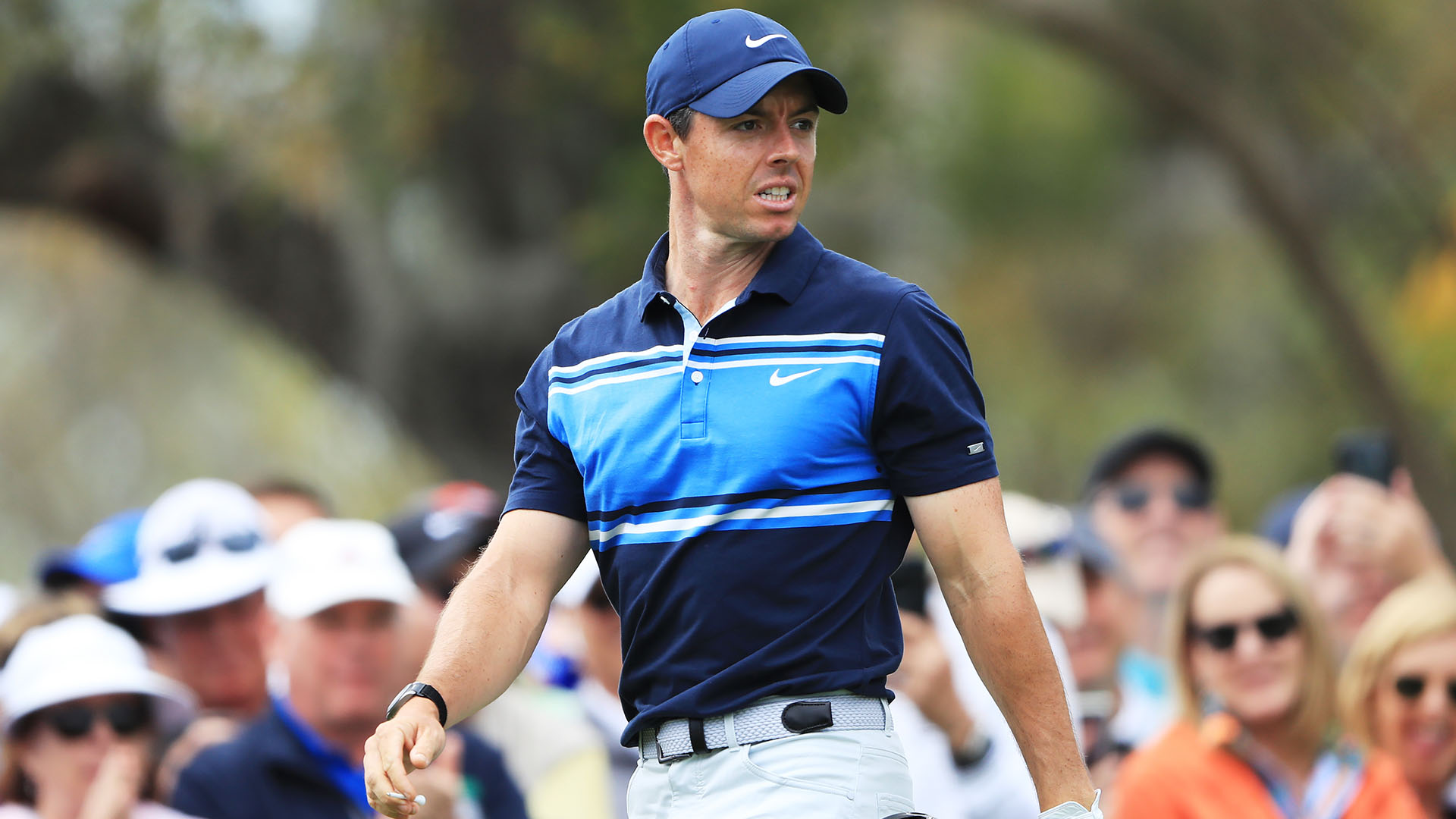 With lush rough and brisk crosswinds, players aren’t getting away with mistakes.

“I think this is exactly the type of test that Arnold would have liked to see at his golf tournament,” said McIlroy, the world No. 1. “The weather's cooperated. It's been sort of cool and breezy. The greens have dried out, but the course is in phenomenal shape.

“If you play well, there are scores out there, but if you do get out of position, you're going to struggle, like I did today, at times.”

After beginning his week at the Arnold Palmer Invitational with a 6-under 66, McIlroy found himself in a battle on Friday in tougher conditions, with his 73 leaving him two shots behind the leaders, Tyrrell Hatton and Sung Kang.

McIlroy worked hard to keep himself on the leaderboard after getting out of position more than he would have liked.

He double bogeyed the eighth, where he got in trouble trying to thread the narrow bend of the fairway with a 3-wood. He pushed that tee shot right, into thick grass. Just 145 yards out, he needed three shots to reach the green, with his first two mighty whacks unable to free himself from the rough.

“Hopefully, that’s my one mental blip out of the way, and I can focus on the weekend,” McIlroy said.

McIlroy said the real mistake there was trying to thread the 3-wood into that opening, instead of taking 5-wood to a safer landing area. He compounded that mistake by trying to muscle and run his approach into the right greenside bunker.

“I thought I had a decent, good-enough lie to be able to do that, and I didn’t,” McIlroy said.

“You're going to see a lot of guys taking less and less club off tees just to make sure that they're holding fairways and hitting their approach shots in from the short grass,” McIlroy said.

The real challenge may be what misses will do to a player’s head this weekend.

“The later you go out, the tougher the conditions are and the firmer and faster the greens get,” McIlroy said. “So, just got to try to keep your wits about you.”