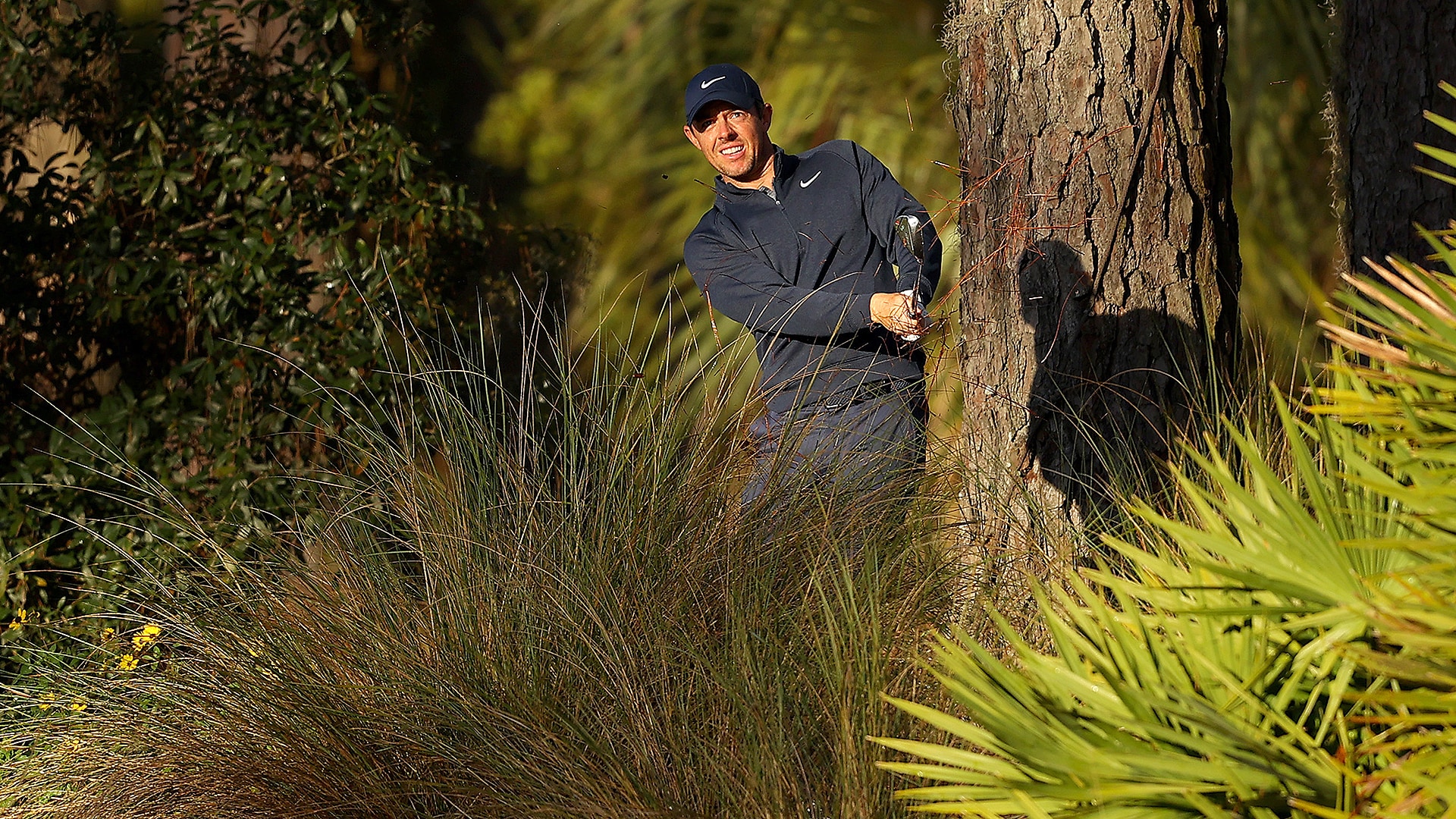 The 2019 Players Championship winner struggled to an eventful 79 on Day 1 at TPC Sawgrass. Only six players from the morning wave posted worse scores and he’ll begin the second round at least 14 shots off the lead.

It was a nightmare start for McIlroy, who began his round on No. 10 with a drive that sailed left of the fairway and into a wild area on his way to a double-bogey 6.

“It’s very hard [to recover from a bad start], especially when you're trying to figure it out as you go along on course, right?” said McIlroy, whose first-round 79 is his worst score at the PGA Tour’s flagship event. “You're trying to figure it out but you still know you're not really sure where the shots are coming from and then it's sort of, as I said earlier in the week, it's hard to at least to try to eliminate one side of the golf course, basically.”

Things went from bad to worse at the 18th hole when he hit two shots into the lake left of the fairway - his drive and his third shot - and three-putted from 60 feet for a quadruple-bogey 8. Rory McIlroy made double bogey on his first hole and his ninth hole of the day was twice as bad, Thursday at The Players.

McIlroy’s original title defense at last year’s Players Championship also got off to a bad start and he needed to finish with three consecutive birdies for an even-par 72 before the event was canceled because of the coronavirus pandemic.

His second nine on Thursday was just as eventful with three birdies and two bogeys just after the turn, and the final haymaker was a bogey at the par-5 ninth hole after three-putting from 27 feet.

“This course, you don't have to be that far off to get penalized a lot. It happens,” said Sergio Garcia, who was paired with McIlroy and shot a first-round 65 for the early lead. “Just a little bit off and just missed a couple of birdies, feels like you're not making any ground, you try to force things a little bit and, obviously, unfortunately for him it bit him a little bit.”

McIlroy’s 7-over card matched his worst start in a Tour event since the ’19 Open Championship and follows a closing 76 last Sunday at Bay Hill, which prompted him to suggest it might be time for a change.

“I certainly didn't mean like a change of personnel, per se. I think more a change in philosophy or maybe what I'm trying to work on, maybe going in a slightly different direction,” he clarified earlier this week. “I think there's some things that I'm working on that haven't quite bedded in or I'm struggling to grasp what I'm trying to do, so that's sort of what I meant, talking about going in a different direction.”