After watching video, Rory McIlroy addresses his drop in Round 3 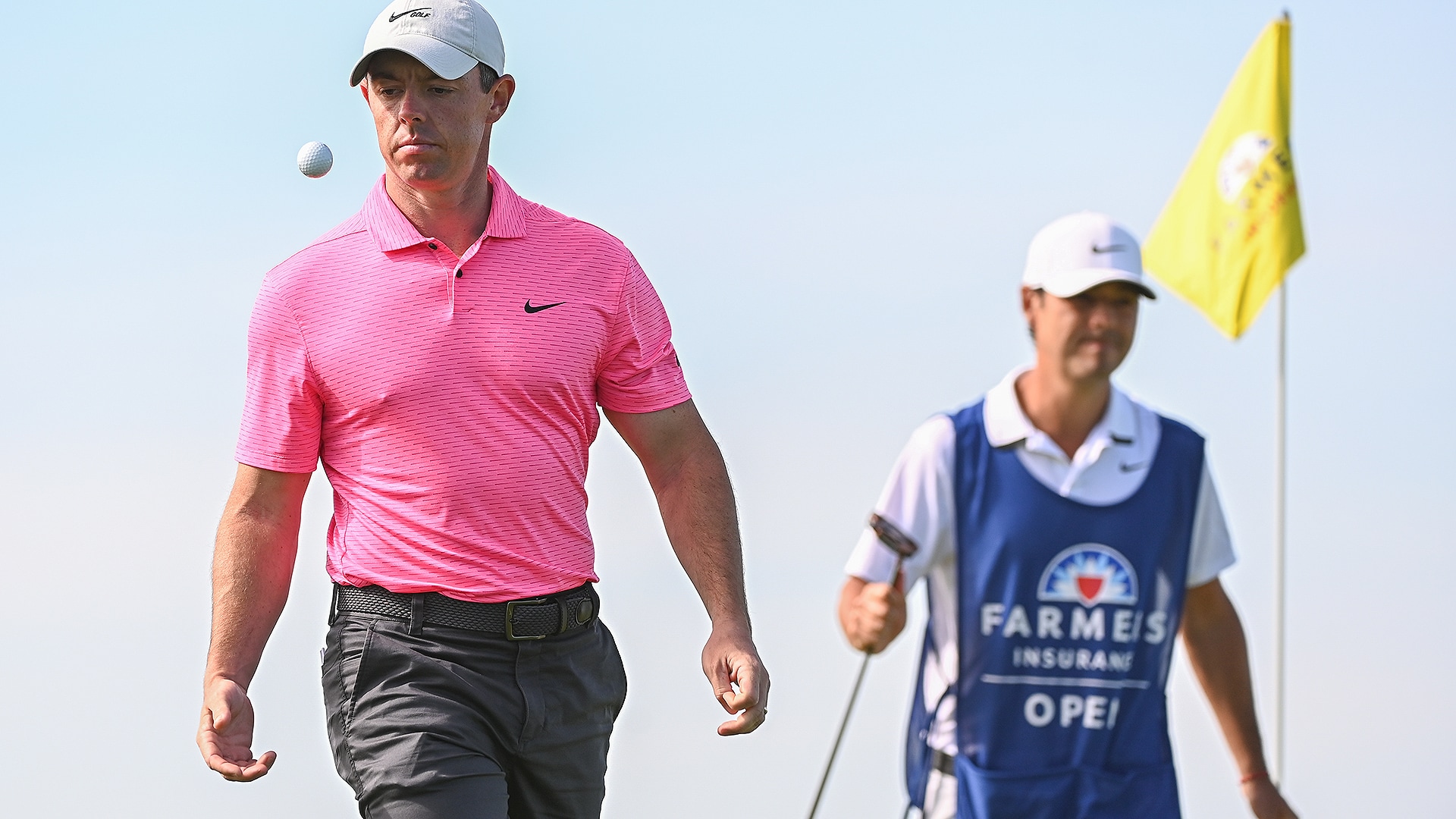 SAN DIEGO – Before teeing off for the final round, Rory McIlroy wasn’t shown the video of his second shot into the 18th hole on Saturday at the Farmers Insurance Open. Given his emotional response to the video after his round it was probably best officials waited.

On Saturday, McIlroy’s second shot at the par-5 18th hole landed in the right rough. He deemed his golf ball to be embedded and after informing the other players in his group he took relief, which is allowed under the Rules of Golf. None of the volunteers around McIlroy’s ball had seen it land.

Earlier on Saturday, Patrick Reed had taken a similar drop for an embedded ball on No. 10 but video showed that his ball had bounced when it landed, creating questions as to how it could have embedded.

“I came in here yesterday after hearing about what Patrick had been through on the 10th hole, sort of giving him the benefit of the doubt because I just went through a similar thing on 18 yesterday,” said McIlroy, who closed with a 73 to tie for 16th. “If a ball bounces up and comes to rest in a pitch mark or in a lie that's not the pitch mark that it made, then of course it's very hard for it to be embedded, but I feel the way my ball was definitely in its own pitch mark, it had to be, and that was why I was so confident to take relief.”

McIlroy was shown the video of his ball bouncing when it landed on No. 18 – video that wasn’t shown during the telecast – following the final round and officials ruled that he’d done nothing wrong under the Rules of Golf. Officials made the same ruling for Reed.

But the ruling by officials did little to ease McIlroy’s mind. The Northern Irishman took a drop in deeper rough than he had to at last year’s PGA Championship because he “didn't feel right” with the lie he would have been given.

“Like everyone out here, it's the worst thing in golf to be labeled as someone that tries to get away with something or labeled a cheater and that's just not how you want your reputation to be,” McIlroy said. “I've never tried to get away with anything out here. Our game is about integrity and it's about doing the right thing. I always try to do the right thing and hopefully people see that. I feel like I have a reputation of that.”

Purse and FedExCup points breakdown for CJ Cup champion Rory McIlroy and the rest of the field.

Rory McIlroy roared past Rickie Fowler and held off Collin Morikawa to win the CJ Cup on Sunday at The Summit Club in Las Vegas.