McIlroy begins bid to overtake Koepka with 67 in Switzerland 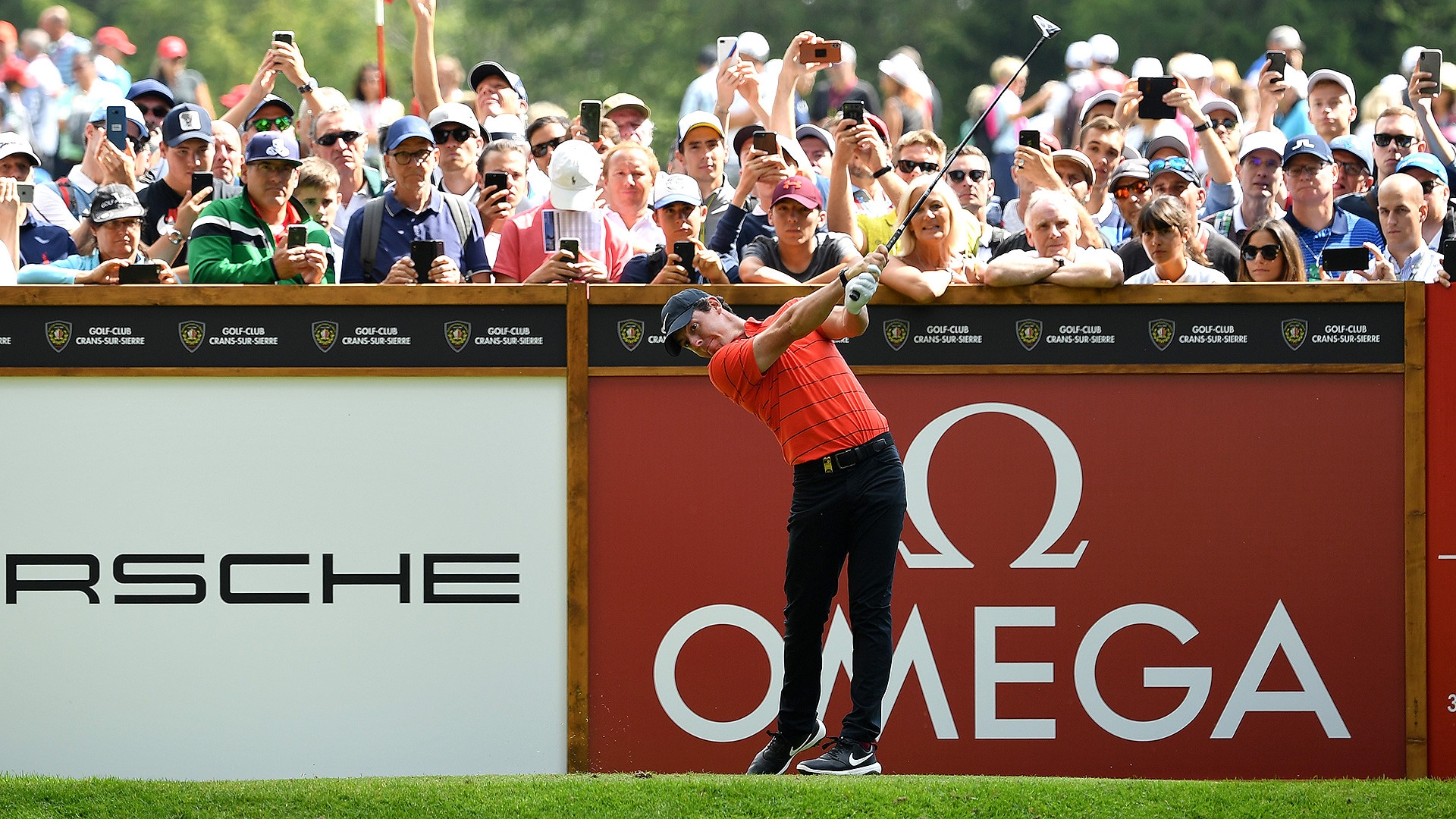 Rory McIlroy continues his globetrotting tour this week in the Swiss Alps, but he's keeping an eye on more mountains than just those surrounding the Omega European Masters.

McIlroy cashed in on a $15 million payday Sunday at the Tour Championship, but he had little time to rest on those lucrative laurels before jetting to Switzerland for this week's European Tour event. He opened with a 3-under 67, which left him four shots behind early leader Matthias Schwab.

McIlroy started on the back nine and made the turn in 3 under, but short missed putts on his final two holes prevented his solid opener from being even better.

"It's so different to the golf I've played the last few weeks," McIlroy said. "So just trying to adjust and get used to these sort of greens again, and how far the ball's going, and what the ball's going to do out of the rough. But I feel like I did OK."

McIlroy's win at East Lake moved him back to No. 2 in the latest world rankings, behind only fellow four-time major champ Brooks Koepka. It marked the first time the Ulsterman had gotten as high as No. 2 in the rankings since the 2017 U.S. Open at Erin Hills.

McIlroy has spent 95 weeks as world No. 1, most recently in September 2015. While Koepka still maintains a healthy advantage in point average, McIlroy remains optimistic that his strong season and eight-figure payday can help fuel a return to the top spot in the coming months.

"I feel like when I'm playing my best, I'm the best player in the world. And I'd like to get back there," McIlroy said. "It's been a goal of mine for a while. I haven't experienced that summit for the last four years. So I feel like with the work that I'm putting in, and the consistent golf that I'm playing, hopefully it's only a matter of time." A late rally wasn't quite enough for Rory McIlroy at the Omega European Masters, as the newly-minted FedExCup champ lost in a five-man playoff.

Rory McIlroy cited tiredness in his third round at the Omega European Masters, where he now sits three shots behind the leader, Andres Romero. 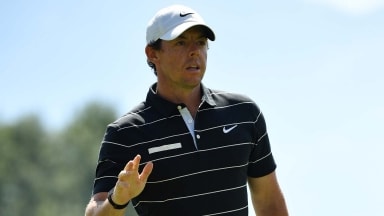 Rory (63) roars into contention in Switzerland

Rory McIlroy fired a second-round 63 Friday to climb the leaderboard at the Omega European Masters, where he is a shot back.