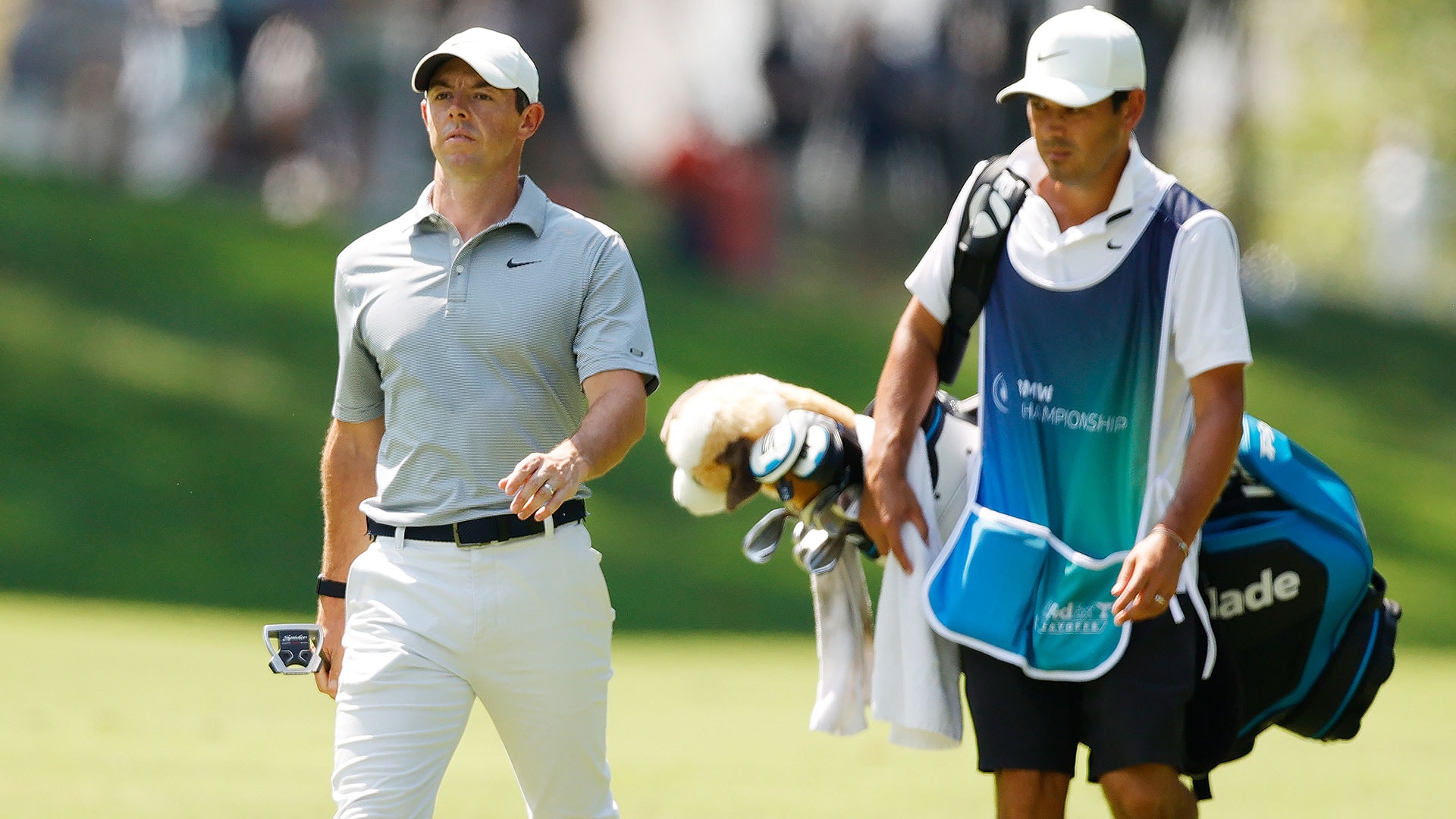 This time, though, it wasn’t quite as literal.

After tossing his 3-wood into the brush alongside the New Jersey Turnpike on Monday at Liberty National, McIlroy, armed with a pair of new woods, hit the ball better off the tee than all but one of his 68 competitors on Thursday at the BMW Championship. His opening 8-under 64 was good enough to earn McIlroy a share of the first-round lead with Jon Rahm and Sam Burns, and he had his replacement 3-wood to partly thank.

Cruising along at 6 under with three holes to play at Caves Valley Golf Club, McIlroy piped a drive 311 yards down the fairway at the par-5 16th hole. He then hit 3-wood from 285 yards out to 11 feet and rolled in the eagle putt.

“It was as good as I can hit a 3-wood," McIlroy said. "Good thing I got a new 3-wood. I probably wouldn't have been able to hit it with the old one."

It was actually a "new old 3-wood," as McIlroy said he used the club for a period last year.

When McIlroy flew home Monday night, he spent some time rummaging through some old clubs in his garage. He grabbed the fairway wood, tested out a few shafts on another driver head (his one last week was too spinny), and lastly, he decided to switch out putters, returning his TaylorMade Spider mallet to the bag before flying back up to Maryland.

“It's funny, I thought about it, I said to Harry after the first round last week, ‘I'm thinking about going back to the Spider,’ and then I proceeded to gain four strokes on the greens over the next two days with the blade,” McIlroy said. “But I think the thing with the blade is the good days are really good, but the bad days are pretty bad, as well. There's quite a lot of inconsistency in it for me. It's almost like I need to practice with the blade at home because you have to get your stroke spot-on to hit good putts with that style of putter.

“But then when I come out here, I started hitting putts with the Spider again, and it felt so easy. Felt like I couldn't not start it on-line.”

It also felt like McIlroy could not miss a fairway. He hit 13 of 14 on Thursday, the first time he’s done that since the final round of the 2016 Arnold Palmer Invitational, according to Justin Ray of Twenty First Grip.

The strong ball-striking day may be an indicator that McIlroy’s par-5 struggles are over, too. McIlroy entered this week T-74 on Tour in par-5 scoring average (4.62), and he played Liberty’s three par-5s in 1 over last week.

On Thursday, he was 3 under with the eagle. (Thanks, new clubs.)

“I'm not a hoarder,” he said. “I keep a bunch of shafts that I've tried over the years and a bunch of stuff. I have a couple of sets of irons that I've won majors with and that sort of stuff. But yeah, I've got a few things in there, and every so often something catches your eye, like, Oh, I remember that, or I'd like to try that again.

“But in terms of what I can actually play with, like current product, I don't have that much. I sort of try to keep it to a minimum because I know if I have too much start I'll just start to tinker, and that's not a good thing.”