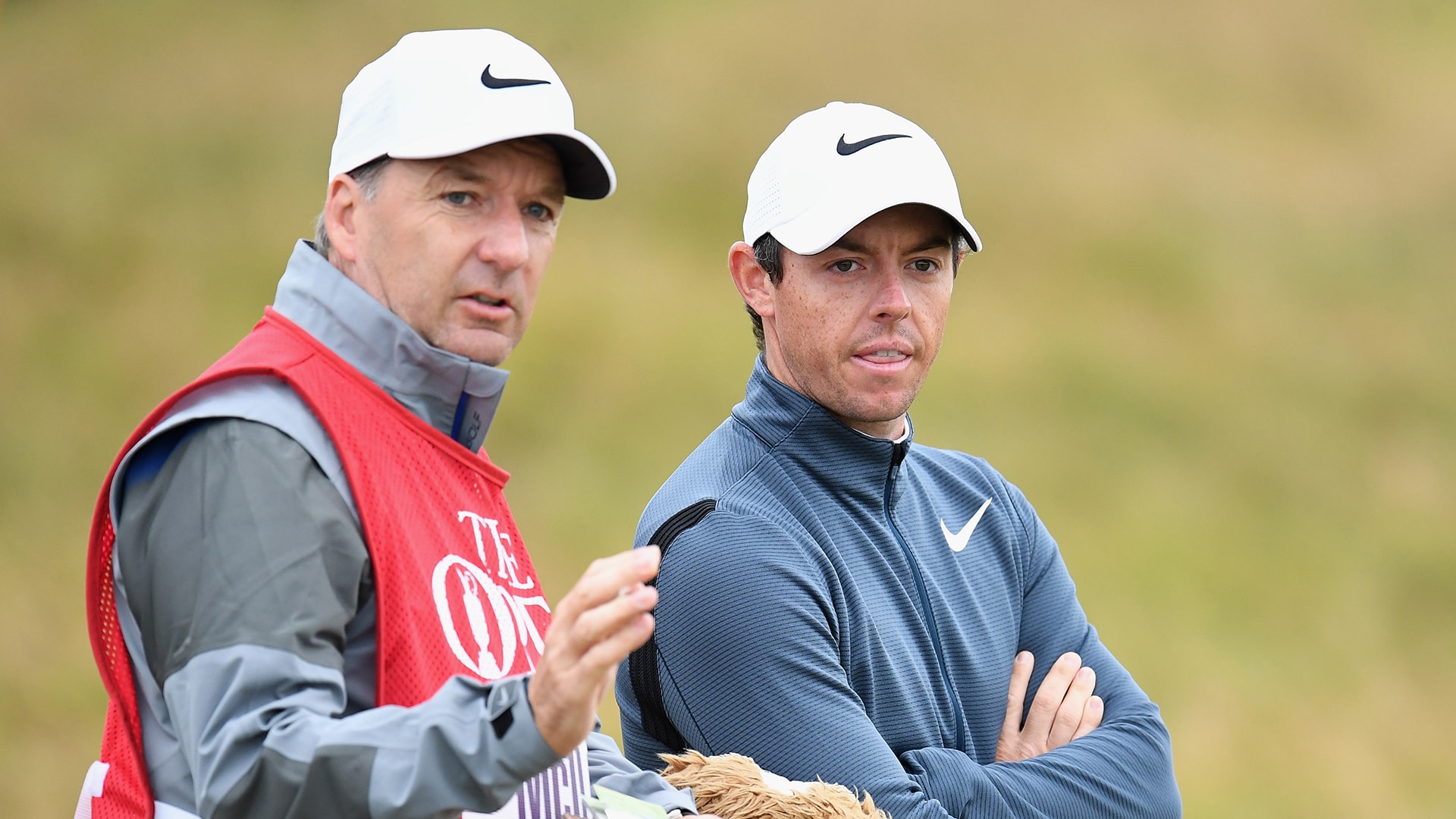 Victor Perez had a veteran – and seemingly forgotten – caddie on his bag as he won for the first time Sunday on the European Tour.

Fitzgerald took two years off after splitting with McIlroy following the 2017 Open Championship. Though he’s often shied away from media attention, Fitzgerald, in his first public comments on the split, told the Daily Mail that he hasn’t spoken to McIlroy since but that he harbors no ill feelings.

“At the end of the day, I went away to collect my thoughts and recharge my batteries,” Fitzgerald said, according to the report. “It was obvious I needed the break.”

When announcing the split in 2017, McIlroy said that his longtime caddie was "one of my best friends, closest friends, but sometimes to preserve a personal relationship you have to sacrifice a professional one." McIlroy has since hired one of his best friends, Harry Diamond.

Fitzgerald, meanwhile, briefly resurfaced this summer, hooking up with rising star Matthew Wolff at the beginning of his pro career. They lasted only two tournaments together.

“I suggested to him that he might want to try a different driver and 3-wood, and he disagreed,” Fitzgerald said, according to the report. “We just didn’t gel. It happens and I have no problems with Matt. He’s clearly going to be a great player.”

Wolff won in his next start with Steve Lohmeyer on the bag.

Fitzgerald and Perez were working just their fourth tournament together when Perez won the Alfred Dunhill Links Championship on Sunday.