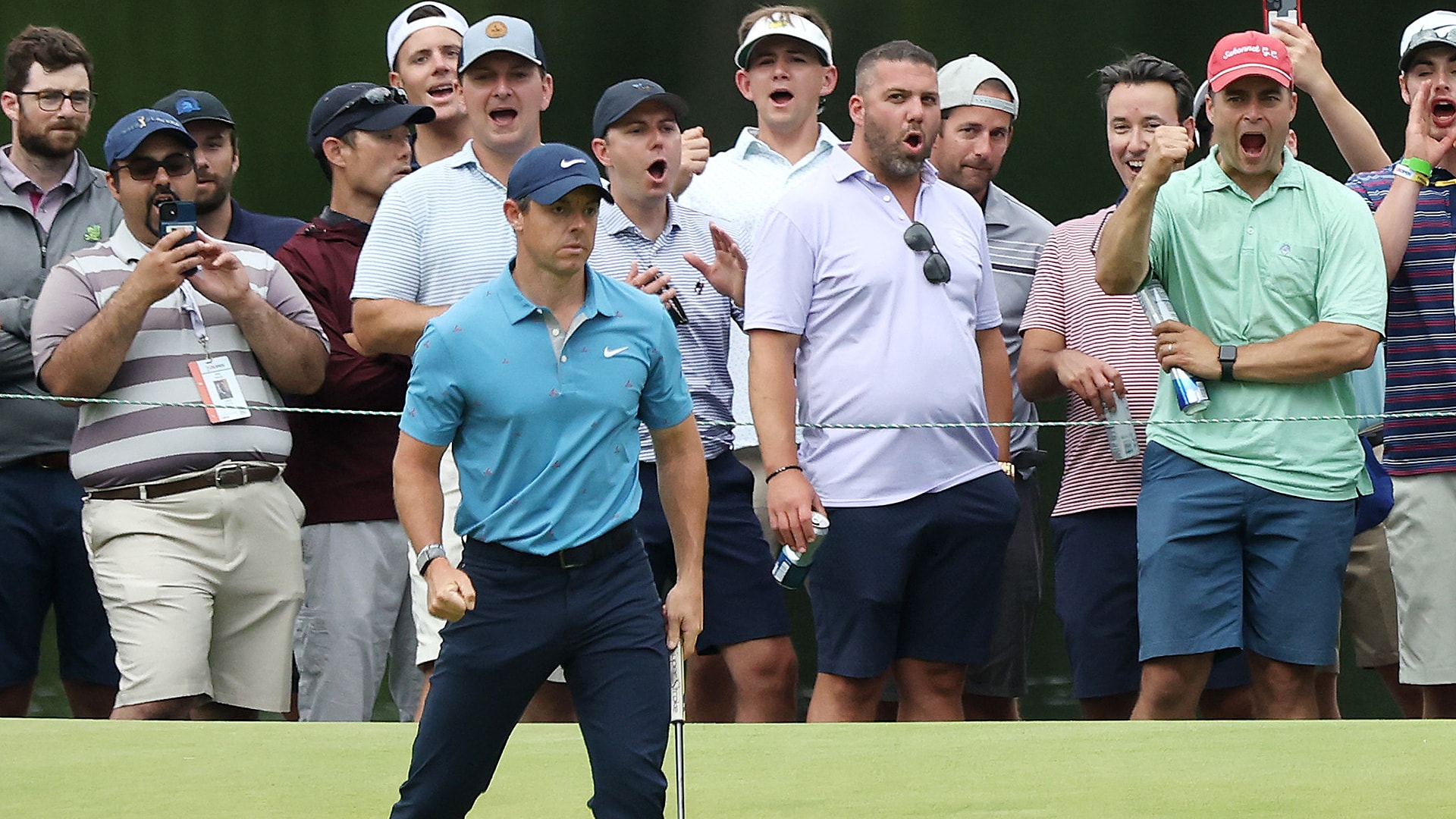 BROOKLINE, Mass. – Three of the game’s young heavyweights sit near the top of this U.S. Open leaderboard.

There’s Collin Morikawa, trying to capture the third leg of the career Grand Slam at the age of 25.

There’s Jon Rahm, the defending champion who seems hell-bent on keeping the trophy.

And there’s Scottie Scheffler, the Masters champion and world No. 1, eager for more.

And then there’s the old man of the group, Rory McIlroy, now 33 and no longer the mop-haired lad running roughshod over the sport.

When McIlroy last won a major, in 2014, Rahm was a rising junior at Arizona State; the other budding superstars were in high school. It has felt like even longer. For all that McIlroy has accomplished since then – world No. 1, FedExCup titles, Player of the Year awards – he has experienced nothing but frustration in the biggest events. His major-less drought, now 28 and counting, has included seven top-5s but also a series of headaches. Slow starts. Befuddling collapses. Balky putting.

That’s what has made his first two spins around The Country Club so promising.

Slow start? Not this time. He opened with 67 to sit one shot back. In all four of his major wins, he’s been no worse than fourth place after the opening round.

Befuddling collapse? Not this time. On Friday, he took three hacks in the hay near the third green, looking like he was about to doom his Open bid. Instead, he canned a 30-footer for double bogey, then spent the remainder of the day making up the deficit – and then some.

“I’m in a good place,” he said afterward. “I’m really happy with where my game is at, and I think that’s the most important thing.”

No player in the top 20 on the leaderboard has McIlroy’s major bona fides, but they don’t carry his recent scar tissue either. And so he was asked how he reconciles that – his positive major memories buried by (at least by his lofty standards) a negative reality.

“I think I have to go out with the mindset that I’m going to try to win my first again,” McIlroy said. “I’m playing as good a golf as I’ve played in a long time. I have a lot of experience. Yes, I’ve won major championships, but just because I’ve done that, it doesn’t mean that I’ll hit better golf shots or I’ll hit better putts.”

Though he was a runaway winner at Congressional in 2011, McIlroy has had a love-hate relationship with our national championship: four missed cuts with four top-10s, including three in a row. That improving trend line can be attributed to more patience, more discipline, more acceptance. It can be attributed to more maturity, sharper iron play, better putting. He might have been better statistically in 2012 or ’14 or ’19, but never has he been this complete. That’s why he didn’t get flustered as he flailed away Friday.

“I knew I was going to have chances, so I didn’t panic,” he said. “I didn’t do anything stupid. I didn’t force anything. I was rewarded with that patience by playing a really good back nine.”

McIlroy might have made two poor swings that cost him three strokes, but he also uncorked plenty more good ones that gave him a second-round 69, putting him one shot back. He is at 4-under 136.

“Today,” he said, “was a really good example of just having a good attitude.”

Tied atop the leaderboard is Morikawa. Rahm is one back. And Scheffler sits another shot behind.

Locked in a battle with the game’s biggest names, McIlroy doesn’t need to be reminded of what’s at stake.

“It’s been eight years since I won a major,” he said, “and I just want to get my hands on one again.”