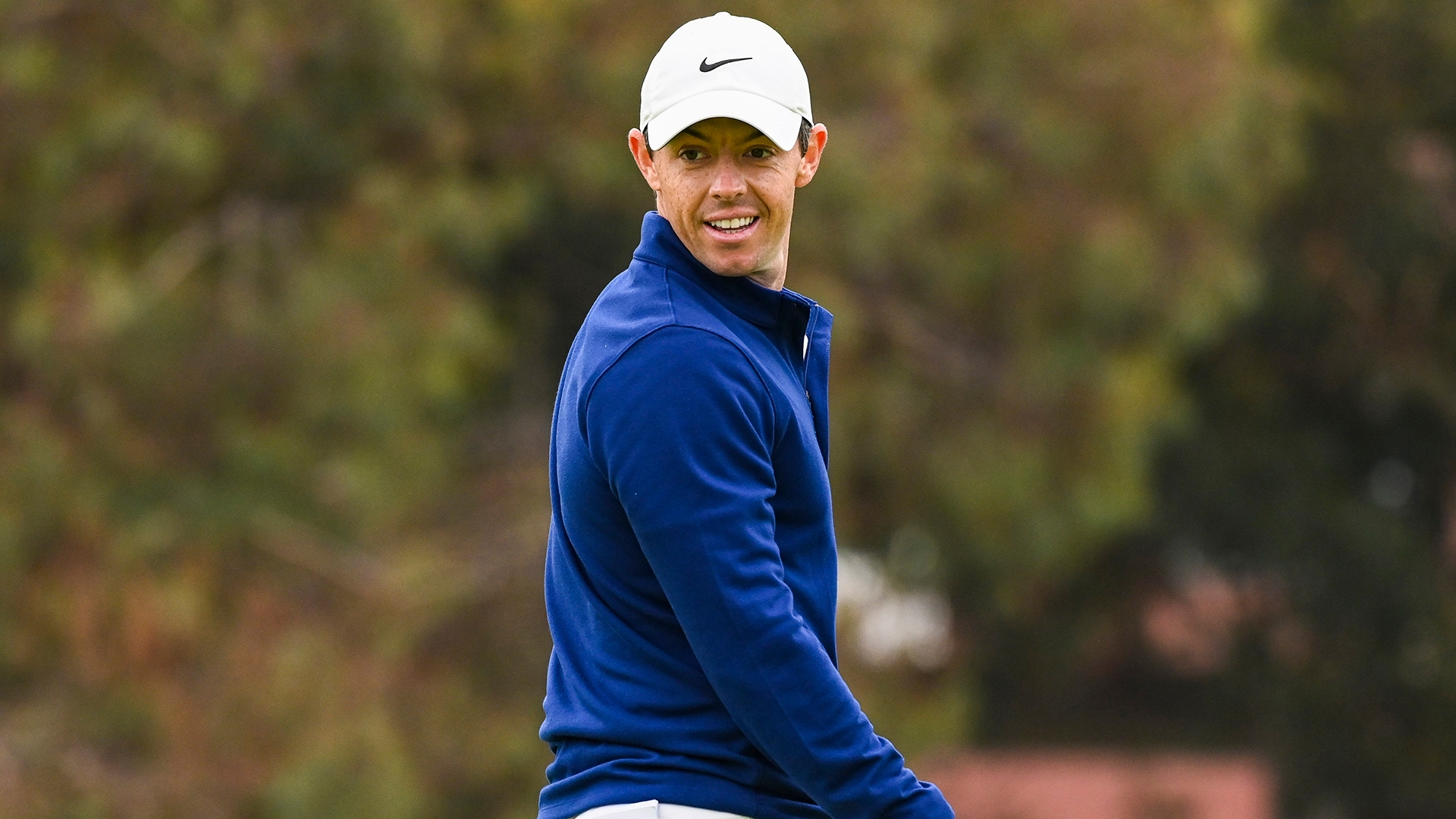 Rory McIlroy is one of the most fascinating interviews in professional golf.

In a recent interview with the Irish Independent's Paul Kimmage, McIlroy was his usual candid self, and then some, as he opened up on topics ranging from how it really felt losing to Tiger Woods at 2018 Tour Championship to why he fired his former caddie, JP Fitzgerald.

Here are some of the best excerpts:

On his opening tee shot at the 2019 Open Championship at Royal Portrush, where he yanked a 2-iron left and out of bounds en route to a quadruple bogey:

"On the range I felt good, had a good warm-up, then started feeling it on the putting green before going to the first tee. ... Then you go up and over the bridge, and the way they do it at the Open almost feels like a ring walk for a boxer. People are cheering. You come down the steps and through a tunnel and onto the tee box, and there's this massive ovation. And I'm like, 'Woah!' That was the first time I felt it, 'Jesus, this is huge!' And I hadn't prepared myself for it. I had prepared for the golf, and the golf course, but I hadn't prepared for that feeling. And I don't know if I could have prepared for that feeling.

"... I said to Harry before the first tee shot, "4-iron?" I had played the two iron the week before in Scotland and wasn't fully comfortable with it but 4-iron wasn't the right club. He said, "2-iron is not reaching the bunker. Hit the 2-iron." And I said, "Okay."

On channeling his competitiveness:

"I think if you put me in a setting where I have an outlet to be competitive I want to be the best, like I did a spin class yesterday and I wanted to ride the most miles. And as time goes on I'm getting more competitive — it would seem the other way, that when you're older you should mellow out, but I'm getting more competitive for whatever reason that is. I can't be like that all the time, because that compromises who I am and what I believe off the golf course. I have a great outlet to be competitive and that's golf. And I pride myself on the fact that I'm one of the best players in the world. But there are times where that can spill over.

"... I think I've always needed this separation between who I am and what I'm like on the golf course, and who I try to be away from the golf course. Because I know that being that person (the competitor) outside of a golf environment would take up way too much mental energy and I'd basically be a narcissist. I'd be thinking about myself the whole time." 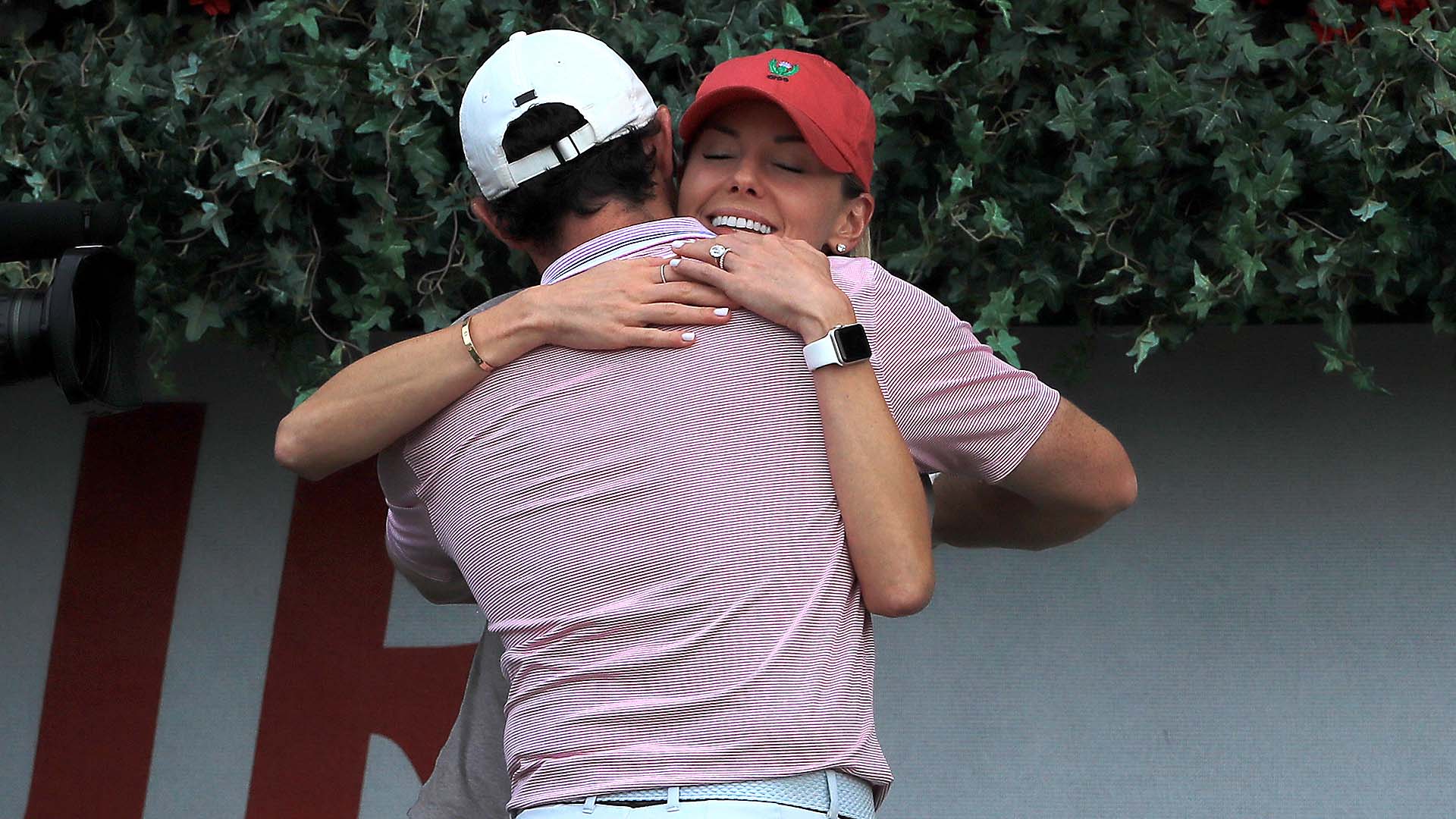 On his relationship with wife, Erica:

"I read a great book recently, the new one by Malcolm Gladwell, 'Talking to Strangers.' There's a chapter in it about Bernie Madoff and that whole Ponzi scheme. On one side you've got the naïve and the gullible, 'We don't know how this thing works but it's making us a ton of money'. And on the other side you've got the mathematicians and the cynics, 'This cannot work'. I'm definitely more on the gullible side, and I wouldn't say Erica is a cynic but she's a sceptic. She's skeptical. But I think we balance each other out."

On firing longtime caddie JP Fitzgerald after the 2017 Open Championship:

"I want to clear that up. I knew before [Birkdale] it was going to be his last week. And because I knew it, it was almost the reason I gave the media that nugget (‘You're Rory McIlroy!') about what he did for me. So that's where that came from — almost a guilty conscience — knowing what was coming. I don't want to throw him under the bus but there were a few things that happened in '17 that were just – I think both people in a relationship like that can get complacent, and I think there was a bit of complacency, so I decided after the Masters it was probably time. I was getting very hard on him. Really hard. Really angry.

"It was partly to do with him and mostly to do with me. I wasn't playing the best and was frustrated at myself and taking it out on him: "I'm f------ trying hard here!" And whether that was (related) to a club I'd hit, or wanted to hit or – but it was not good. And it's something I would never do with [current caddie] Harry [Diamond]. Never." 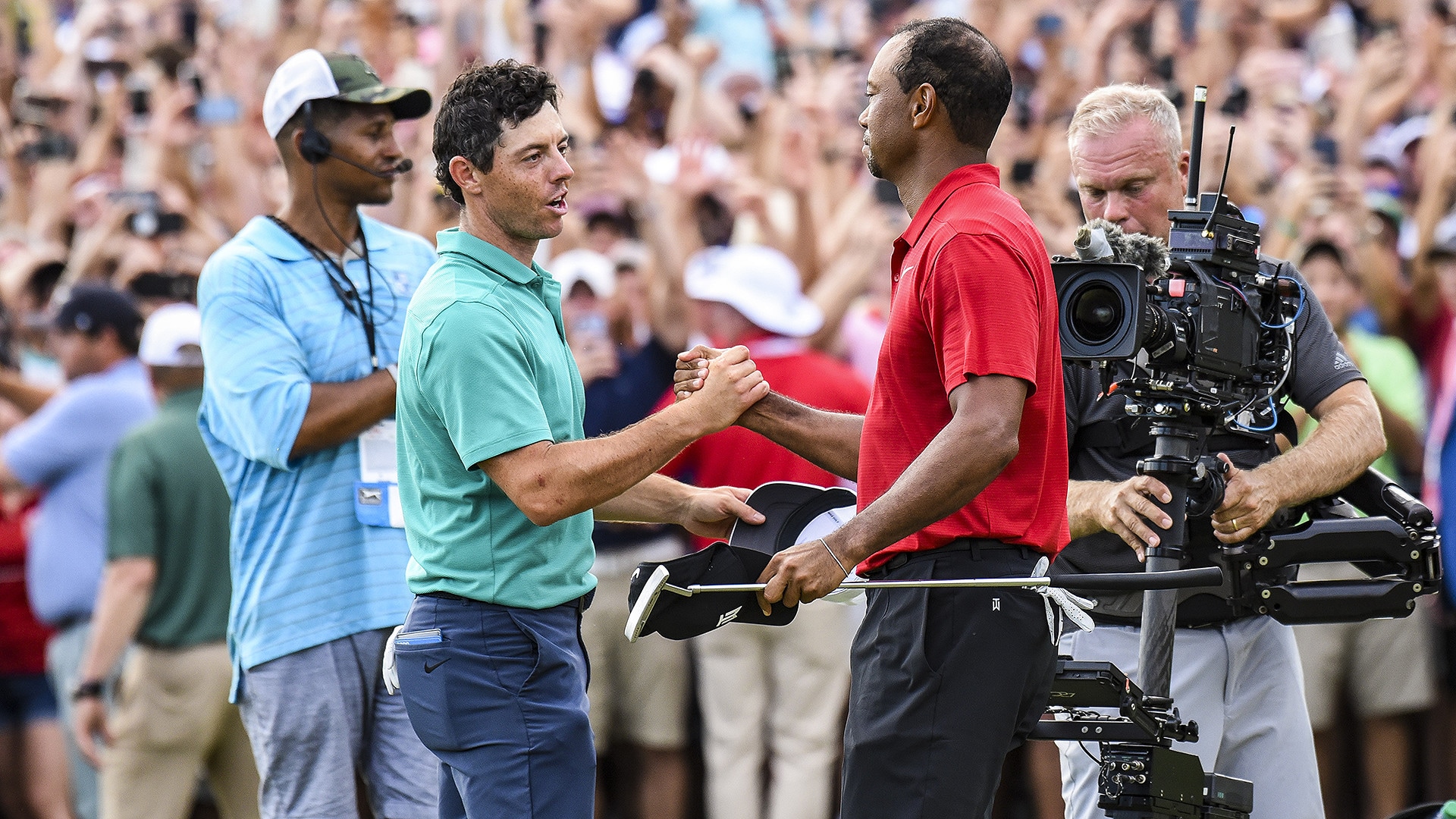 On playing with Tiger Woods in the final group on Sunday of the 2018 Tour Championship, where Woods beat McIlroy six shots (McIlroy shot 4 over in the final round):

"It's the Tour Championship and I've got myself into another final group and I'm playing with Tiger Woods. It's something you dream about growing up, final round, big tournament, Tiger Woods. I didn't know if I would ever get this opportunity. It's what I've always wanted to do. Brilliant. ... I was never in the lead. I was always playing catch-up, but that's beside the point. It's the final group, Tiger, and I just want to give a really good account of myself. To take the fight to him. To make him work for it. If he wins, well, it's not great, but it's good for the game. And I understand the bigger picture, but I'm going to make him earn it. And I never made him earn it. That's what bothered me. And what bothered me even more was I came away [thinking], ‘I know I can play better than that. I know I can beat him.' But I'd made it too much about him, and not enough about me. ... It was an opportunity to beat Tiger Woods and go down the stretch with him. 'This mythical creature in the red shirt'. And I just didn't get into the right place mentally.

"It's tough. Everyone was like "Wasn't that a great moment?" And I'm like, 'No, it was f------ s---!' It was terrible. I birdied the last to shoot 4 over! And I got the bigger picture that it was wonderful for golf, and I'm sure I'll look back and think 'That was pretty cool,' but it hurt. It really hurt. I was probably the only one at East Lake that day that was disappointed."