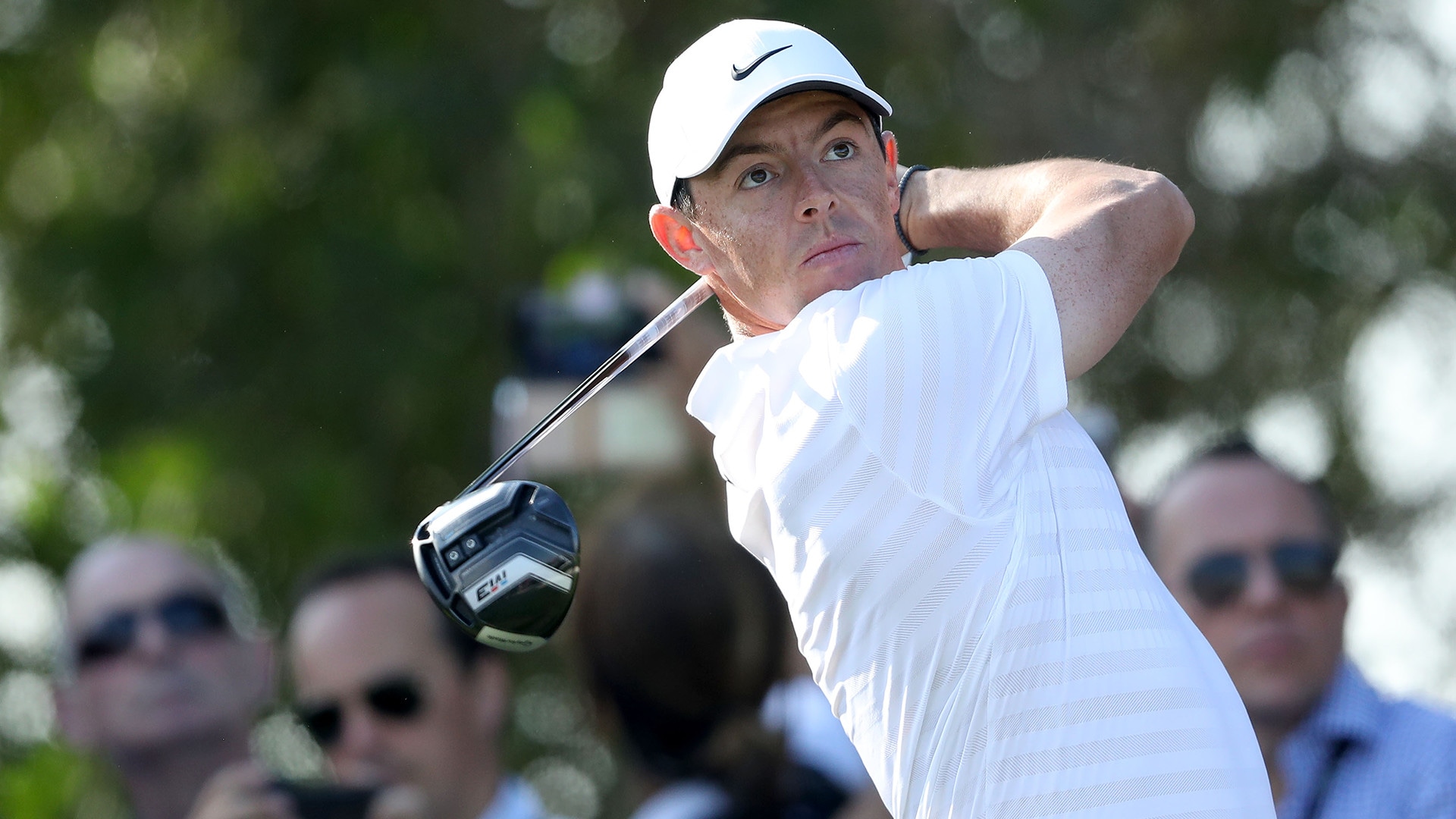 It was an auspicious 2018 debut for Rory McIlroy.

Playing alongside world No. 1 Dustin Johnson for his first round since October, McIlroy missed only one green and shot a bogey-free 69 at the Abu Dhabi HSBC Championship. McIlroy is three shots back of reigning Race to Dubai champion Tommy Fleetwood, who played in the same group as McIlroy and Johnson, and Hideto Tanihara.

Starting on the back nine at Abu Dhabi Golf Club, McIlroy began with 11 consecutive pars before birdies on Nos. 3, 7 and 8.

“I was excited to get going,” he told reporters afterward. “The last couple of months have been really nice in terms of being able to concentrate on things I needed to work on in my game and health-wise. I feel like I’m the most prepared for a season that I’ve ever been, but it was nice to get back out there.”

Fleetwood, the defending champion, raced out to another lead while McIlroy and Johnson, who shot 72, just tried to keep pace.

“Tommy played very well and I was just trying to hang onto his coattails for most of the round, so really pleased – bogey-free 69, I can’t really complain,” McIlroy said.

This was his first competitive round in more than three months, since a tie for 63rd at the Dunhill Links. He is outside the top 10 in the world ranking for the first time since 2014.