McIlroy weighs in on Bjorn's Ryder Cup tattoo, wanted to see something bigger 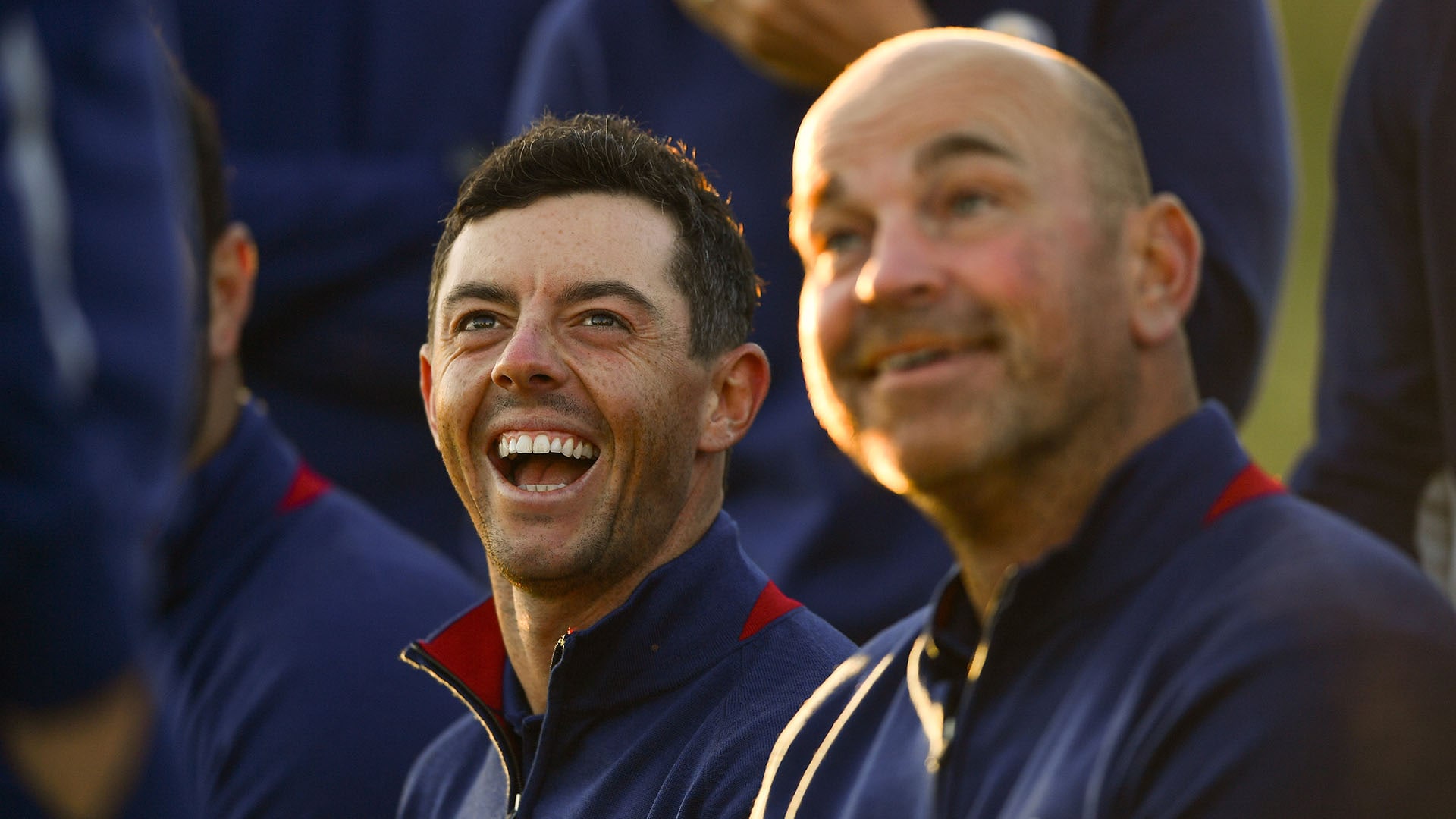 KAPALUA, Hawaii – In the twilight of another European victory at last year’s Ryder Cup, team captain Thomas Bjorn revealed that he'd offered a unique challenge to his team earlier in the week.

Bjorn told his team that if Europe won the event he’d get a tattoo of the winning score in a place “that only Grace [Bjorn’s partner] will see.” Bjorn kept his promise and posted a video of the moment on Twitter on Dec. 24. “I told you I would do it. Merry Christmas,” Bjorn said in the video.

“I saw it before that. He messaged me. I had to hold my breath for a few days before it went public,” Rory McIlroy said on Thursday at the Sentry Tournament of Champions. “He’s a man of his word and he said he was going to do it and he did.”

“I was disappointed that he didn’t put all our names on the other cheek. I thought that’s what he would do,” McIlroy laughed.