McIlroy starts strong, then plummets to 76 at BMW PGA 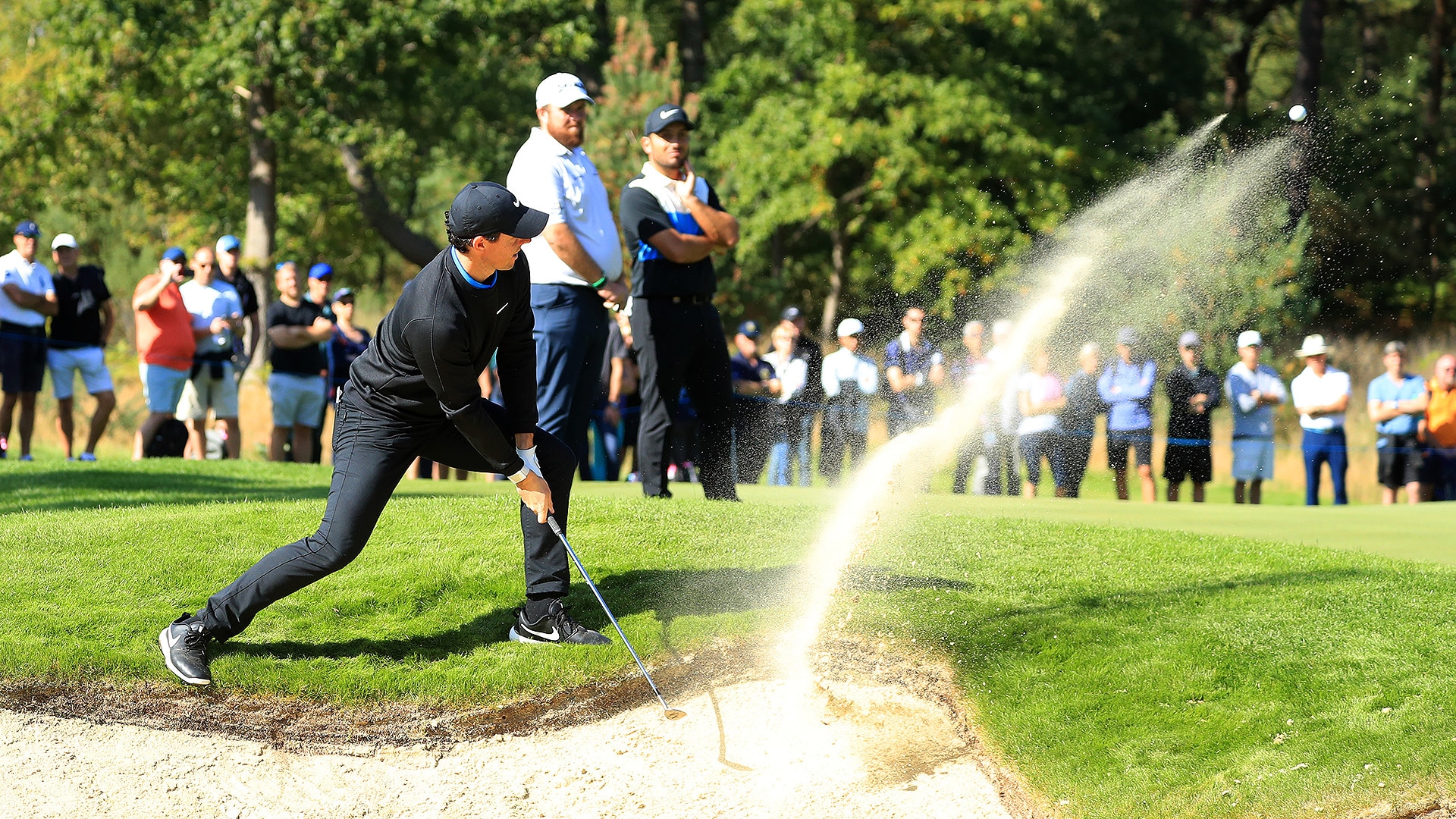 It was the kind of start Rory McIlroy wanted in Round 1 of the BMW PGA Championship. And then it all went awry in head-scratching fashion.

McIlroy, teeing off in the morning wave at Wentworth Club in Surrey, England, eagled the par-5 fourth and birdied the par-4 fifth. He was quickly to 3 under par and just one shot off the early lead.

McIlroy two-putted for birdie at the par-5 12th, only to give that shot back with a bogey at No. 13 and another at the 15th.

With two par 5s to finish on the West Course, McIlroy appeared to have a chance to redirect the ship. Instead he sunk.

McIlroy’s tee shot at the 17th went out of bounds. He re-teed and nearly knocked his second drive – third overall shot – into the same position, but was saved by forgiving tree limbs. He pitched out from the rough and finally hit the green with his fifth shot, making double bogey.

Using 3-wood off the tee at the 18th, McIlroy hit his tee shot way right and then hit a provisional. Because he found his original ball, but deemed it unplayable among the trees, he went back to the tee to hit – officially – his third shot. That went right as well, but just into the rough, from where he salvaged bogey.

The reigning FedExCup champion and PGA Tour Player of the Year, who is currently 34th in the Race to Dubai standings, eventually signed for a 4-over-par 76, placing him 11 shots back of leader Matt Wallace.

This is likely another miss in McIlroy’s hit-or-miss career at Wentworth. He won the event in 2014, erasing a seven-shot deficit on the final day. Last year, making his first start in the event since 2015, he finished runner-up to Francesco Molinari. Aside from those two showings, however, McIlroy has missed the cut in his three other appearances here since 2012, only once breaking 74.