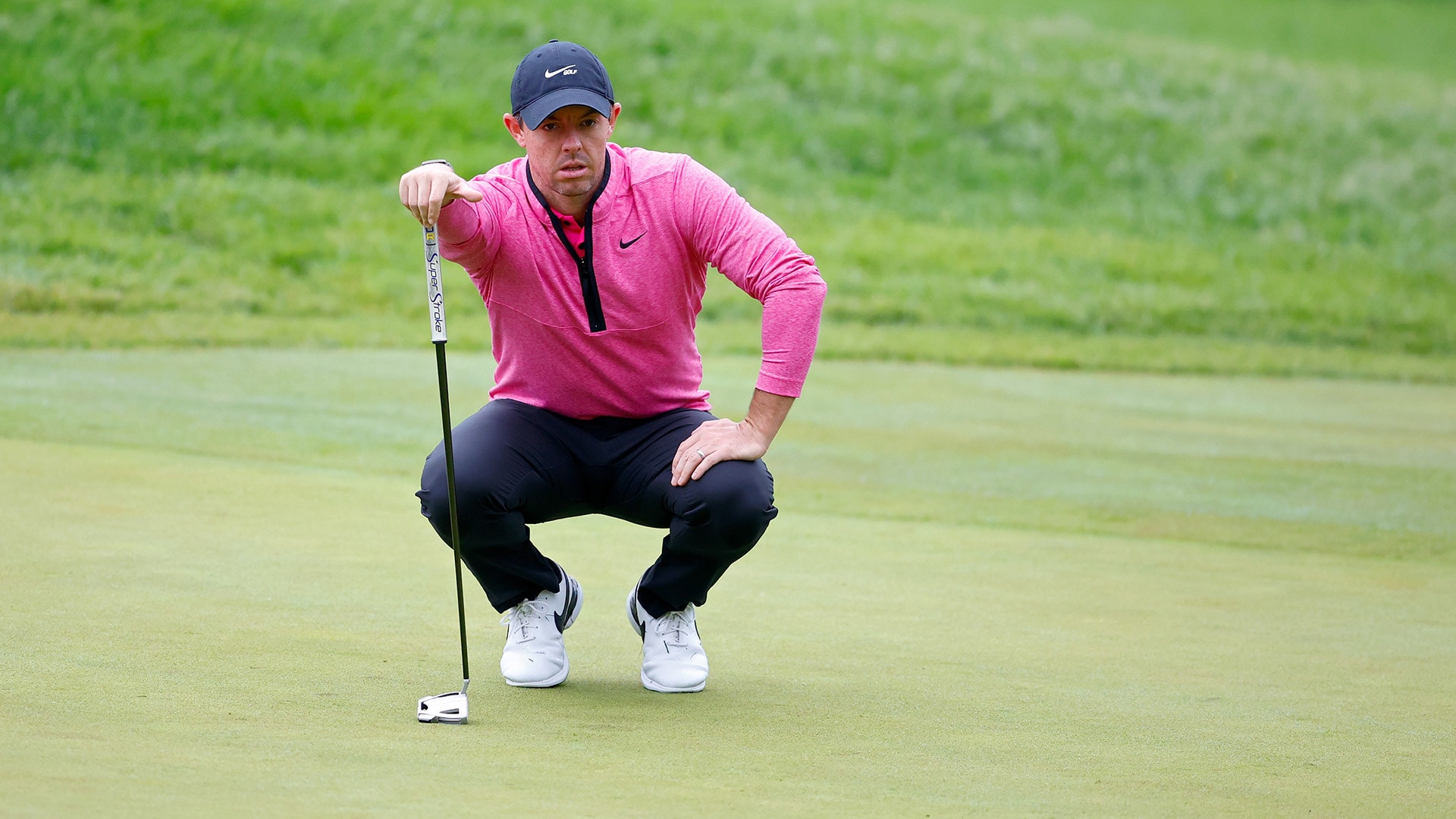 Thursdays have been friendly to Rory McIlroy as of late.

In three starts since the Masters, the world No. 8 has posted first-round scores of 67 (3 under) at the Wells Fargo Championship, 65 (5 under) at the PGA Championship and 70 (2 under) last week at the Memorial. McIlroy got off to another good start Thursday at the RBC Canadian Open with an opening-round 4-under 66.

In each of those three events prior to his title defense in Canada (event last played in 2019) he’s also posted at least one round of 73 or higher and has turned only one of those good starts into a top-5 finish (Wells Fargo).

The four-time major champion was pleased to play well at St. George’s after a Sunday 74 at Muirfield Village.

“Really solid start. 66 around here is a good score,” McIlroy said. “I felt like the course was there to go even lower just from the rain and how receptive it was. Overall, very happy with the start of the week, especially coming off a disappointing weekend at the Memorial last weekend. It was nice to bounce back with a good score.”

St. George’s is a unique golf course in the sense that it’s not a long course – measuring only 7,014 yards this week – but it forces you to hit less than driver on many holes.

“I'll try to get driver in my hand as much as I can,” McIlroy said after his first round. “But there are quite a few holes out here that it just doesn't let you do that.”

McIlroy is widely renowned as one of the best drivers in the game of golf, but it was his putter that carried him on Day 1 in Canada.

The 2019 RBC Canadian Open winner ranks third this season on the PGA Tour in strokes gained: off the tee and has never finished a season outside the top 10 in that category.

McIlroy lost a fraction of a stroke to the field off the tee, but gained more than three strokes putting.

The Tour stalwart made more than 100 feet of putts in his first round and required just 23 strokes with the flatstick to make his way around St. George’s.

McIlroy is three shots off the lead of Wyndham Clark.