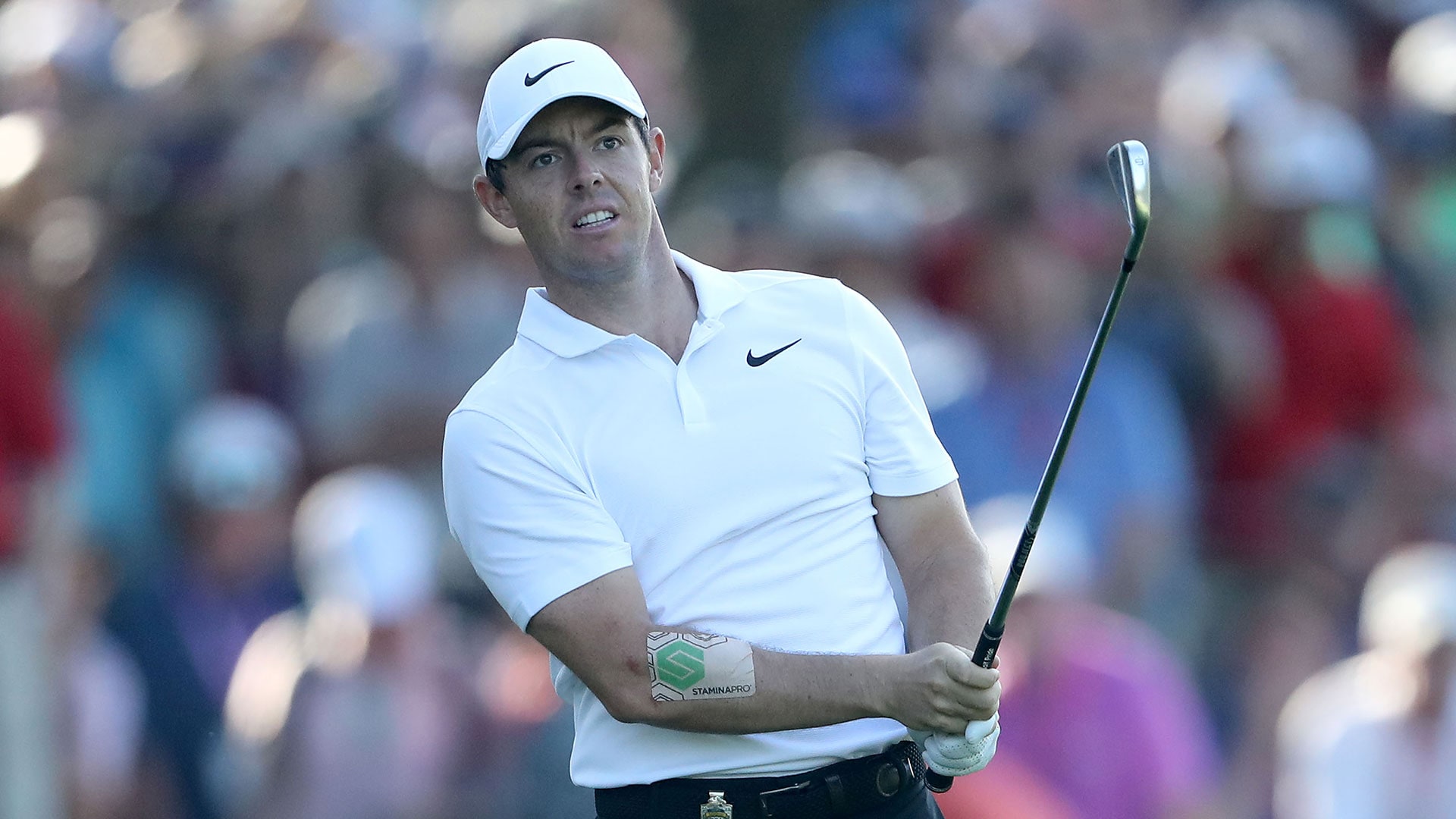 ST. LOUIS – Rory McIlroy had a new accessory for the first round of the PGA Championship.

An anti-inflammatory patch on his right forearm.

McIlroy said that he began feeling forearm tightness and discomfort in the crook of his right wrist last weekend at the WGC-Bridgestone Invitational. He said he’d hit a lot of balls to try and iron out his ball-striking issues, but that even though it’s “inflamed and a little tight, it’s fine.”

“Funny enough, it hurts the most with chipping because I sort of hold the angle a little bit,” he said.

McIlroy said it affected him on only one shot Thursday, when he finished with nine consecutive pars and opened with an even-par 70 that left him five shots off the early lead at Bellerive.

The tightness didn’t seem to affect McIlroy’s ball-striking. His 328-yard blast was the longest measured drive of the morning wave, and he missed only three greens. But he got up and down only once in three attempts and needed 33 putts.