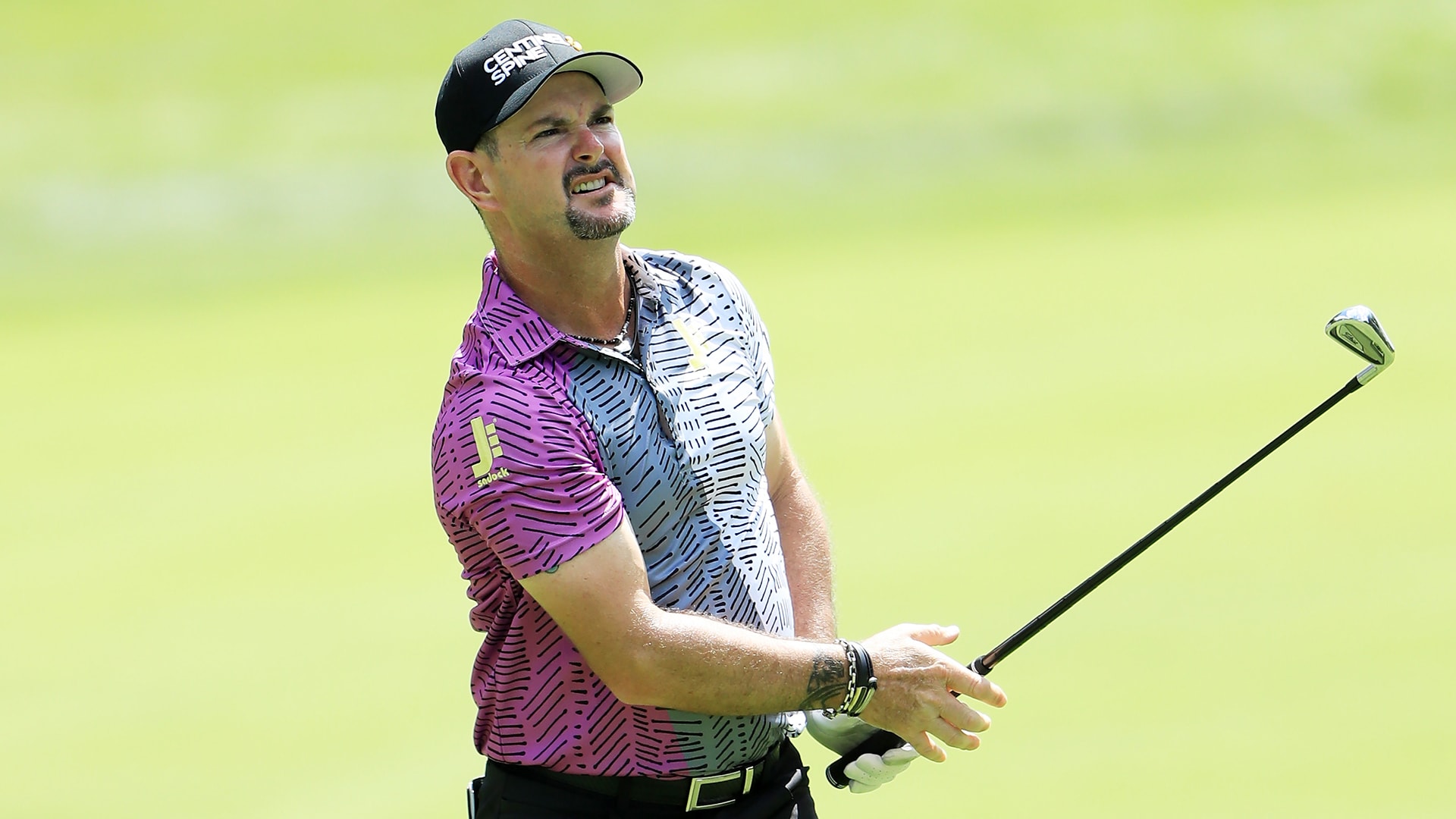 MEDINAH, Ill. – A wry smile creeps across the face of Rory Sabbatini with the mention of the upcoming Presidents Cup at Royal Melbourne.

In another world, the South African native would likely be on the short list of contenders for a spot on countryman Ernie Els’ team in Australia. At age 43, he’s turned back the clock with a remarkably consistent season that has included six top-10 finishes. But that’s only after he switched nationalities to Slovakia, where his wife is from and where he became a naturalized citizen last year.

The move means that, 12 years after Sabbatini represented the International Team at Royal Montreal, he’s not eligible for Els’ squad this time around.

“Well, I know Ernie’s probably not happy with me right now,” Sabbatini said. “I keep joking with him, texting, ‘Hey, you mad at me still?’ He normally just sends an image back.”

Sabbatini has continued that strong form this week at the BMW Championship, where rounds of 67-68 leave him in a tie for fifth at 9 under, three shots off the lead. It’s a position that has the veteran projected to move from 45th to 28th and puts him in line for his first Tour Championship appearance since the inaugural edition of the FedExCup in 2007.

“Done a lot of work on my putting to make that more consistent for me,” Sabbatini said. “It’s made the rest of the game feel a little less stressful. Not putting as much pressure on myself with putting.”

Sabbatini’s nationality switch also immediately put him in the mix for a spot in the 2020 Olympics representing Slovakia, although ironically his current form might have put him on a track to earn one of the spots reserved for his native South Africa. But Sabbatini plans to return to Slovakia in a couple weeks for more promotional work with the national teams and believes his flag swap is more about raising awareness within the European nation than snagging a spot in the Tokyo field next year.

“I’m more than happy to be representing Slovakia, because you know what, they don’t have a professional golfer on the international stage,” Sabbatini said. “So we’ve had great response already from the media over there and from people, so I think we’ve generated a lot of interest. And that was the goal.”