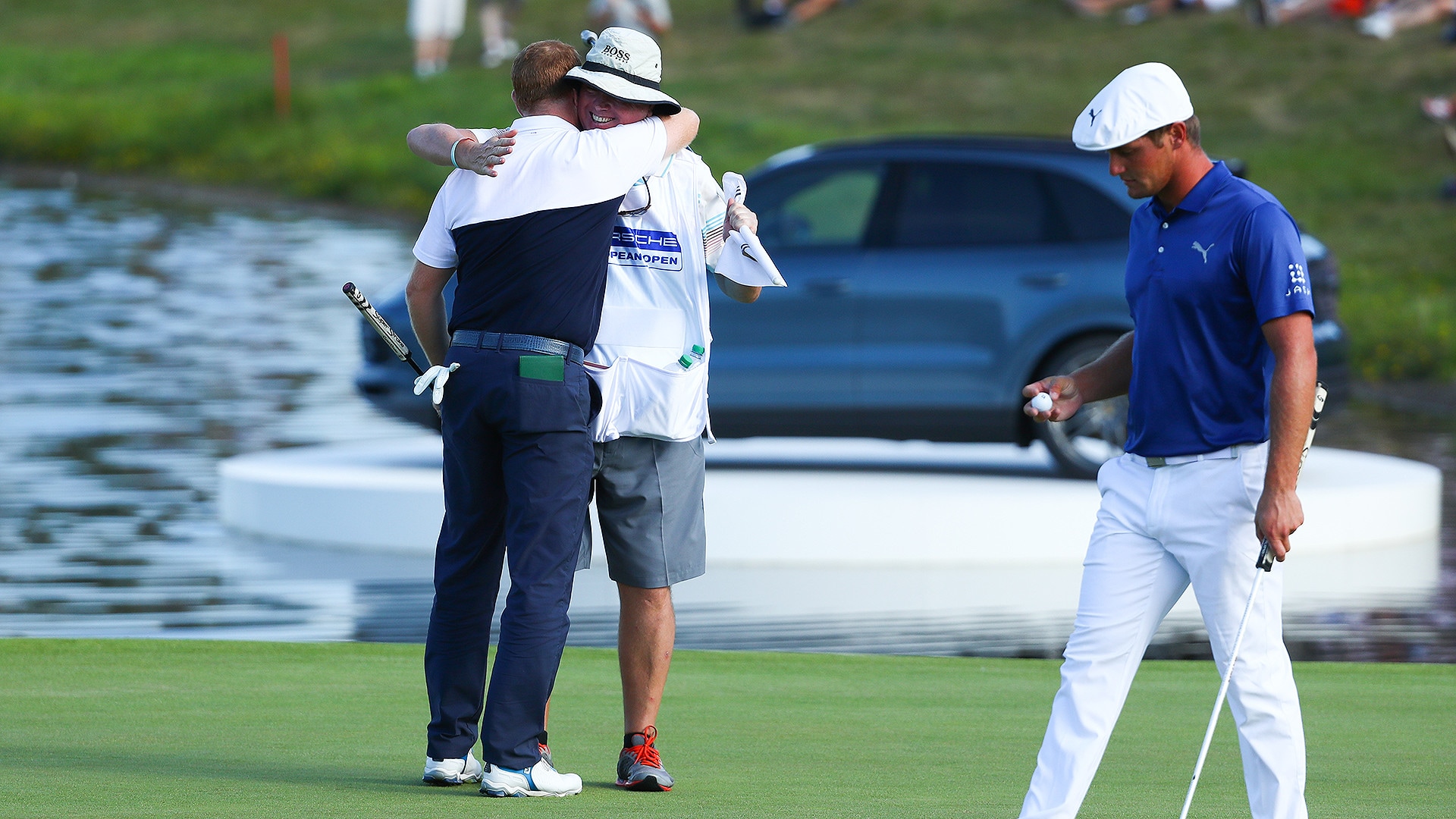 In order for this to come out right for Bryson DeChambeau, for there to be closure, there had to be a Richard McEvoy at the other end of this social media firestorm, going totally high road, trying to move on.

For DeChambeau’s sake, this was the path McEvoy, a 39-year-old Englishman who won his first European Tour event after 17 years and 285 starts, took.

After all the time and effort put in over the course of his career, just imagine how many post-round handshakes McEvoy took part in since 2001. How many times he took his hat off, looked in the eyes of the players and caddies in the group. Even after a 78, which is what DeChambeau shot on Sunday, there is still a protocol, a tradition, to uphold.

I caught up with McEvoy on Tuesday night in Greece, where he was beginning a planned holiday with his family. As he said, “Everyone has a meltdown every now and then. There’s not a golfer in the world that’s kind of lost it at some point. He never lost it. He was upset with his finish, which is quite understandable when you’re trying to win.”

McEvoy’s victory in the Porsche European Open is what resonated to the winner, not a more appropriate handshake from the 24-year-old DeChambeau, who had just made a mess of the closing holes in Hamburg, Germany, climaxed by a triple bogey on the 72nd hole of the tournament.

The reaction on social media was a significant element to this controversy, but more so was how McEvoy felt even before DeChambeau’s Golf Channel interview with Mike Tirico on Tuesday from the WGC-Bridgestone Invitational, and the donation of his earnings to the Northern California Junior Golf Association and the Porsche European Open charities.

What was called a “classless handshake” by Eddie Pepperell on his Twitter feed was not that big of a deal for McEvoy. He was good with it, and he’s the supposed victim in this.

“I just saw some of the grief he was getting on social media,” McEvoy said. “I saw it as being a bit harsh, and was trying to let him know it. He apologized on Instagram, said he enjoyed the weekend with me, that I was a good player, that I deserved to win. He wanted to clear it up, so I sent a note on Instagram back to him, then a message on Twitter. He didn’t deserve the grief he was getting for it, really. In my view he didn’t do anything offensive. He just had a bad day and everybody has bad days.”

If anything, DeChambeau earned a fan in the gentlemanly and well-respected McEvoy.

“I totally appreciate his game,” McEvoy said. “He’s an absolutely lovely guy. We spent two nice days together and talked quite a lot about bits and pieces. We were a twosome in the last group out, trying to win a tournament. He’s a hell of a player. I see what he’s done in America. He’s still got a lot of years ahead of him that will be fantastic I’m sure. I thought he was a really nice guy. I wanted to stop him from getting grief.”

It wasn’t like the growing controversy was going to detract from what McEvoy accomplished. To take down DeChambeau, this year's Memorial winner – and a field that included Masters champion Patrick Reed and the 14th-ranked player in the world in Paul Casey – was what McEvoy was focused on. Three weeks ago he was the 438th-ranked player in the world. After consecutive wins, first on the Challenge Tour and then in Germany, he had risen to 139th, the best of his career.

“For me to win for the first time on the European Tour is even more incredible,” McEvoy said. “I wouldn’t let it affect that; I’m elated. I wish (DeChambeau) the best and hope to play with him soon. Maybe we can have another go winning a tournament together.”