Round 2 predictions for the WGC-Accenture Match Play 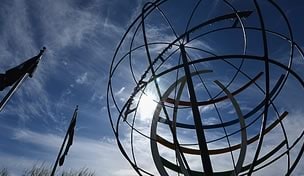 MARANA, Ariz. – Round 2 of the WGC-Accenture Match Play Championship gets underway Thursday at The Ritz Carlton Golf Club Dove Mountain.

GolfChannel.com offers up some second-round predictions. Check out the bracket and scores. All tee times are local (MT).

Garrigus made six birdies and cruised to an easy victory, while Oosthie trailed for much of the day before three consecutive wins on Nos. 13-15.

Fraser trailed for all but one hole against Keegan Bradley before he seized the lead on 17. He’ll carry that momentum into Friday.

The Englishman played well in Round 1, carding six birdies, even if he required one final bird on the last hole to squeak past the No. 16 seed.

Healthy again, Stricker sure looked it in soundly defeating Henrik Stenson. When there’s a chill in the air, it seems Stricker is at his best.

Noren’s five-birdie barrage was enough to dispose of Dustin Johnson, 6 and 4. G-Mac carded only two birdies Thursday, too.

Simpson’s good form from Riviera (T-6) carried into this week, as he coasted to a 5-and-4 victory in Round 1.

Although Rose is off to a solid start this season, Dove Mountain has proven to be a perfect fit for the long-hitting Belgian who cruised pasts Bill Haas, 5 and 4, in Round 1.

El Nino got away with one the way he finished his opening match, which went 20 holes after he was 2 up through 15, and Kuchar could be on cruise control the way he putted on Thursday.

Clark was impressive in his Round 1 victory over Adam Scott, but the little known Dane is a bomber with budding confidence.

Tough to bet against the Englishman when match play is the game, but Van Pelt was nearly perfect on Thursday, needing just 13 holes to roll over John Senden.

Again, horses for courses deal here. The Masters champion can carve his way around the Ritz-Carlton layout with abandon.

The Australian is as close to healthy as he’s been in some time and he made five birdies in 13 holes.

The defending champion was flawless in Round 1 on his way to a 5-and-4 romp over Matteo Manassero and, like last year, he has a tendency to improve with each round.

• Shane Lowry plays the winner of Rickie Fowler-Carl Pettersson. Pettersson is 1 up with one to play

• Charles Howell III plays the winner of Gonzalo Fernandez-Castano-Francesco Molinari. They are all square with three to play