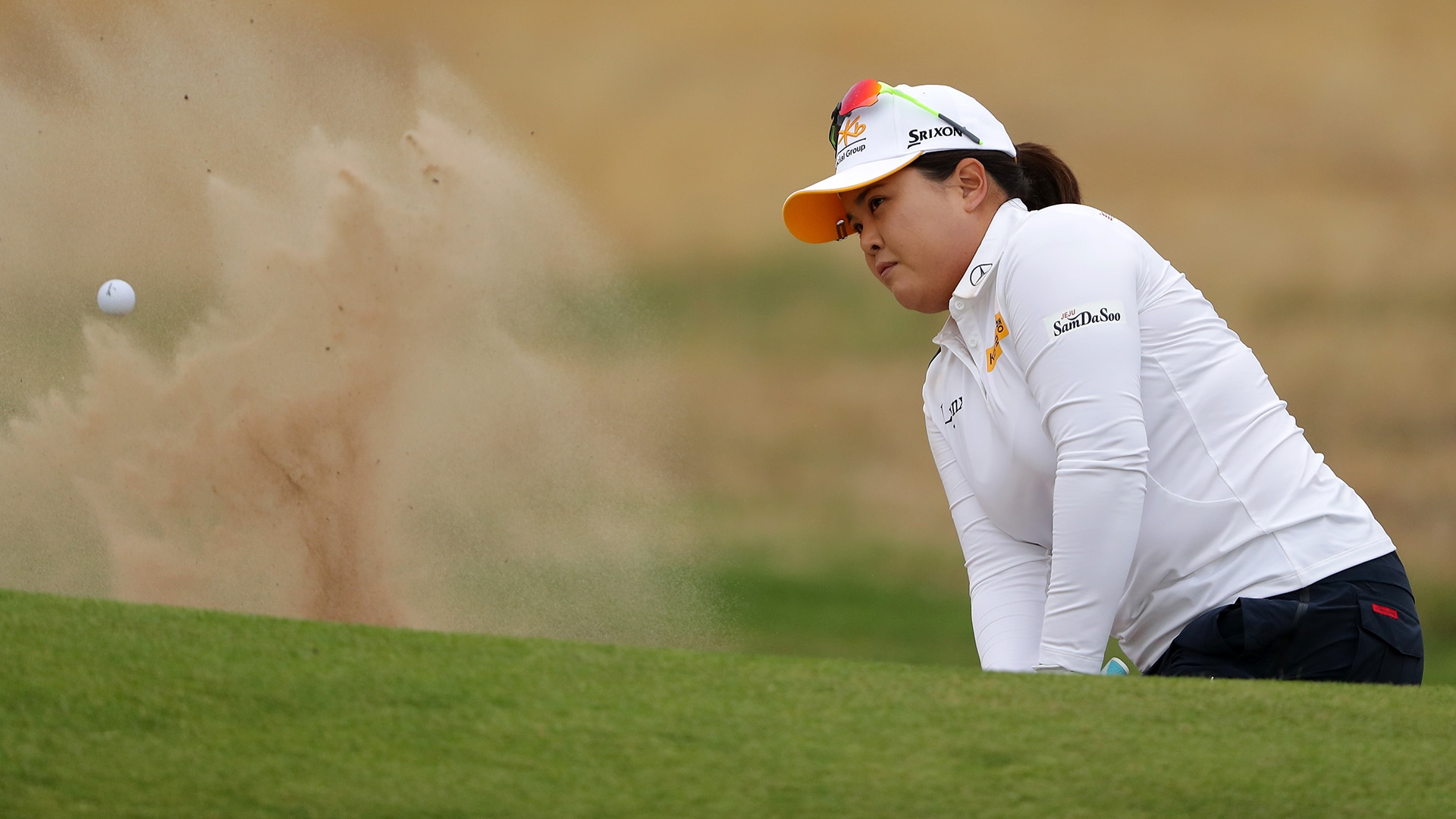 Yu Liu couldn’t escape it at the end of her round either, and it cost her sole possession of the lead.

World No. 2 Park started her round finding the bottom of three steep bunkers over the first three holes to begin 3 over. She shot 4-over 76.

Liu held a two-shot lead stepping to the 18th tee, but pushed her tee shot into thick fescue, and then hacked into a fairway bunker, where her ball plugged at the bottom of the face wall. She needed two shots to get out and walked off the green one shot off the then-pace.

“I just really learned, the last hole, the importance of keeping your ball on the fairway,” said Liu, four behind leader Minjee Lee at day's end.

“I had the traditional Scottish haggis,” Liu said.

And a larger taste of the penal bunkering at Royal Lytham than she wanted.