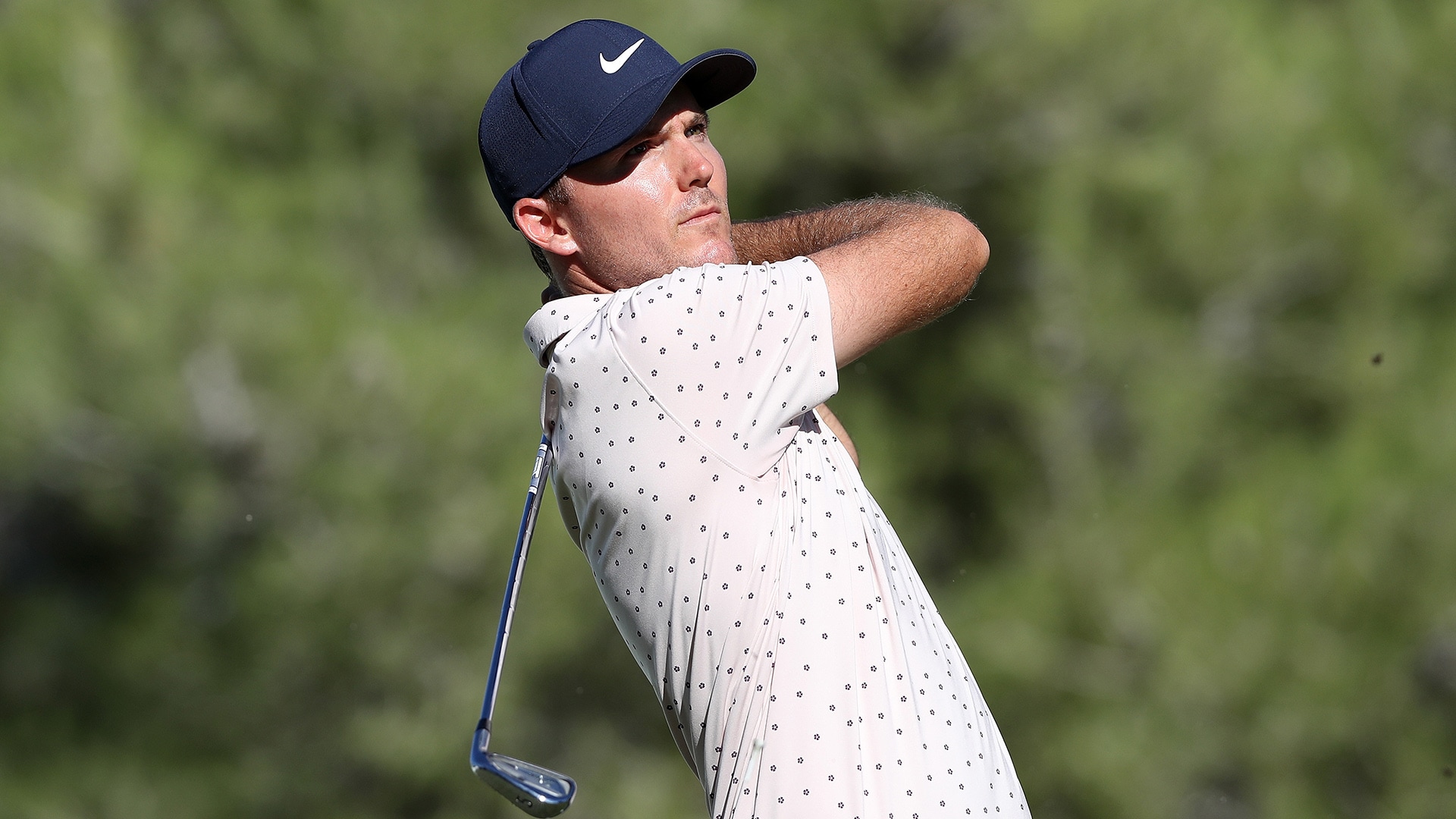 NORTH LAS VEGAS, Nev. — Four shots behind at the start of the day, Russell Henley ran off three straight birdies to start the back nine Saturday and posted a 5-under 67 to build a three-shot lead going into the final round of the CJ Cup at Shadow Creek.

Henley had plenty of help from the other players in his group.

Xander Schauffele, who had a three-shot lead going into the weekend, had a pair of late bogeys and failed to capitalize on the par 5s in his round of 74. Tyrrell Hatton didn’t make a birdie until the final hole in a 73. Of the top 25 players, they were the only two who shot over par.

Henley’s putting has been a great fit for the firm, glass-like greens of Shadow Creek. He leads the field in the most important putting category, and it has carried him to only the second 54-hole lead of his PGA Tour career.

Lanto Griffin, who won his first PGA Tour event a year ago at the Houston Open, found the water off the tee on the par-5 18th and made bogey and still managed a 66. He was at 12-under 204 along with Talor Gooch (69), Jason Kokrak (68) and Schauffele, still in the mix despite a sloppy Saturday.

Hatton was in the group five shots behind with Justin Thomas (68) and Jason Day, who had a 66 as the former world No. 1 tries to end more than two years without a victory.

And when they made the turn, Henley took off.

He holed a 25-foot birdie putt on No. 10, hit driver just through the green on the reachable par-4 11th hole to set up a simple up-and-down for another birdie, and then hit his approach to just inside 5 feet on No. 12 for a third straight birdie.

Henley closed with six straight pars, missing chances on the two par 5s, but no one could catch him.

But he knows what can happen, having flipped his fortunes on Saturday.

“Anybody can come at me,” Henley said. “You can go low out here. The greens are great and it’s gettable, but you’ve got to play well to do that. You’ve got to do everything well. I’ve got to just keep my head down and play a good round for me.”

Schauffele was hopeful of at least finishing his round at par, and that didn’t go his way, either. He went long on the par-3 17th into rough so deep he could barely keep it on the green, leading to his fourth bogey. And he went just over the back of the 18th green in two, again in rough facing a downhill chip that he rolled all the way to the fringe.

Schauffele likes to talk about “strokes gained attitude,” and it was a struggle for him with rounds that stretching close to six hours at Shadow Creek because of deep rough, limited marshals and plenty of searching.

Sung Kang knows the feeling. He took an 11 on the par-4 second hole, which included two lost balls when he spent more than three minutes looking and came up empty. He also hit a few backward trying to escape trouble. Nothing worked.

Schauffele wasn’t that bad. It just felt like it.

“I was trying to figure out what was worse, the pace of play or my quality of golf,” he said. “It was kind of a tie today. Not to be a sour person, but just one of those days. Today was my bad day for the week. Got it out of the way before Sunday. I guess I’m in a familiar place being three back now.”

Schauffele has been trailing going into the final round in all four of his PGA Tour victories.

Henley’s last victory was in 2017 at the Houston Open, where he came from four shots behind in the final round. Now he has a cushion at Shadow Creek, and a hot putter on putting surfaces he loves.

DIVOTS: Jordan Spieth’s caddie, Michael Greller, left Las Vegas upon learning his mother had died. Spieth used Preston Valder, who played at UCLA and now helps Patrick Cantlay. ... The CJ Cup announced next year’s tournament would be at Haesley Nine Bridges near Seoul. It was played the previous three years at Nine Bridges on Jeju Island. It’s at Shadow Creek this year only because of the COVID-19 pandemic and travel issues.