Moore leads at Muirfield as Woods sputters out of gate early 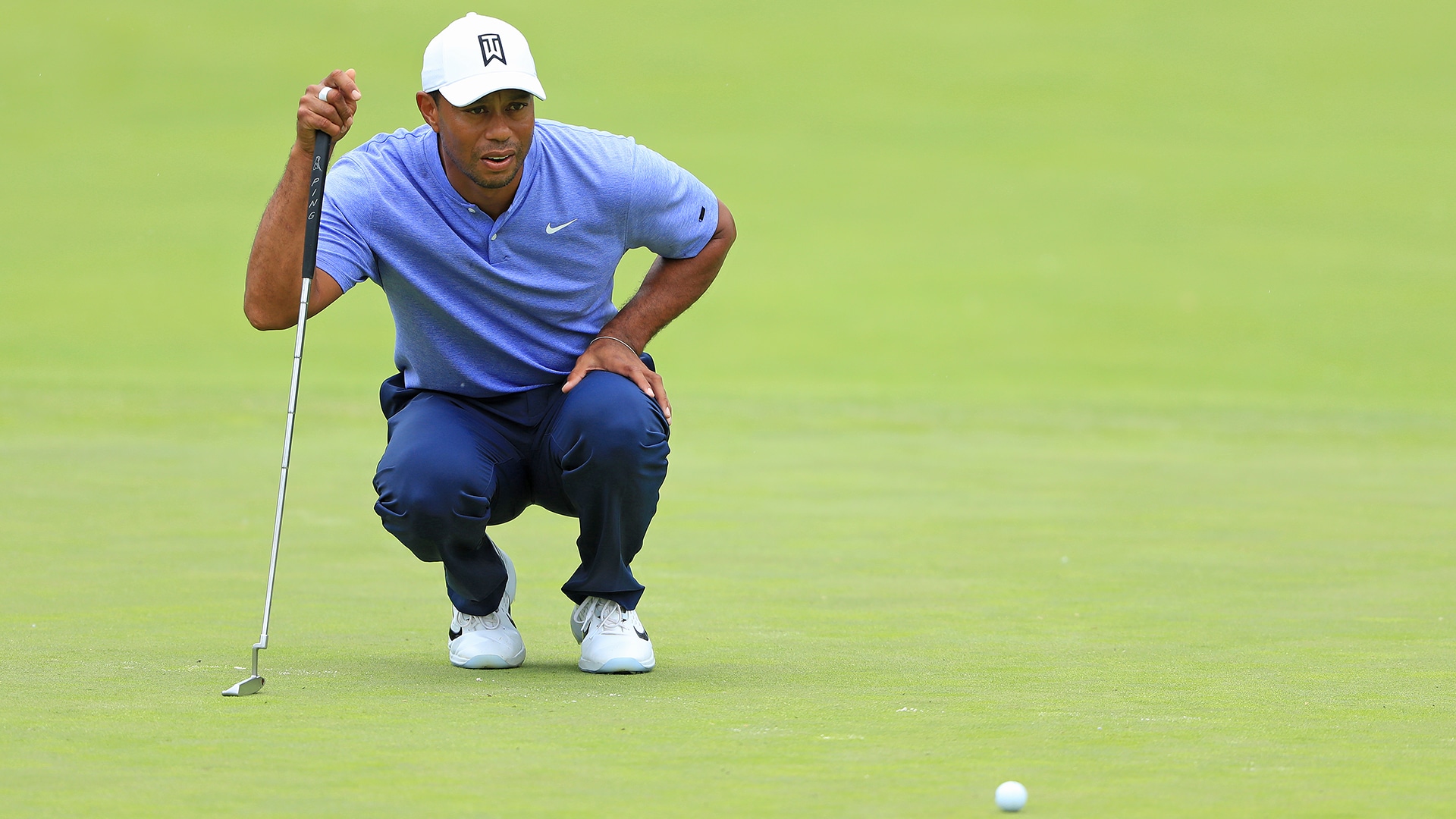 DUBLIN, Ohio – Tiger Woods got off to a slower start than he would have liked Thursday at the Memorial.

That had more do with a stopwatch than a scorecard.

Ryan Moore opened with five birdies in seven holes and never missed a fairway after the first one, posting a 7-under 65 for his best start in his 14th appearance at Muirfield Village. He was one shot ahead of Jordan Spieth, who chipped in for birdie, chipped in for par and holed a 35-foot eagle putt.

Woods made a pair of late birdies to salvage a 70 in his first round since missing the cut at the PGA Championship. He played his back nine in a foursome with Bryson DeChambeau, Justin Rose and a rules official in a cart timing them because they were so far out of position.

''We were on the clock most of the back nine,'' Woods said. ''That made things a little more complicated.''

Getting caught up wasn't easy with various tee shots in water hazards, though it was obvious how far behind they were. Spieth, Rory McIlroy and Justin Thomas were in the group ahead of them, and McIlroy hit his tee shot on the par-4 second into a backyard. With no official nearby, he had to walk 300 yards back to the tee to hit again. That took time. Still, walking off the fourth green, the group of Woods, DeChambeau and Rose still had not reached the third tee.

DeChambeau, who considers such variables as air density and elevation change in his pre-shot routine, went over his allotted time on No. 5 and was given a warning for a bad time. He made birdie, took double bogey from a fairway bunker on the next hole and began his title defense with a 74.

He was frustrated by being on the clock, and by not getting through to the PGA Tour on how to measure pace of play.

''The time to hurry is in between shots. It's not the shot,'' DeChambeau said. ''It's timing how people walk. You have to add that to the equation. If you've got someone walking slow, they get up to the shot, take their 20 seconds. What's the aggregate time for them to hit that shot in between shots? That's really what matters. That's what I believe. The total time it took me - if you were to take my process and walking time - is the exact time as everyone else.''

Golf still is measured by score, and Moore had the lowest on a rain-softened Muirfield Village. Only two of his seven birdies were longer than 10 feet, and the only time he came close to a bogey was on his opening hole, where he saved par with a 6-foot putt.

He was among 22 players who broke 70, and only 44 players broke par despite the soft conditions. Phil Mickelson, using two drivers this week to go after longer tee shots on a half-dozen holes, opened with a 70.

Spieth looked as though he couldn't miss for the longest time. On his second hole, the par-5 11th, his wedge came up so short on a soft green that it spun off the front. He chipped in from 50 feet for birdie. Another chip from thick rough caught the slope on the back of the par-5 15th green and rolled down to 3 feet for a birdie.

He went out in 32, made an 8-foot birdie putt on No. 3 and then had consecutive holes that illustrated how his round was going.

On the par-3 fourth, his tee shot was buried in the slope of a mound above the bunker. With his feet well below the ball, he hooked it out onto and across the green into more rough, and then chipped in for par. On the par-5 fifth, his hybrid caught the right side of the green and he rolled in the long eagle putt.

Spieth took only 22 putts for the round.

And then his luck ran out with a tee shot that plugged into the sand left of the green on the par-3 eighth, leaving him two options: go at the pin and run off the green into rough, or aim away from the flag and leave a 60-foot putt for par. He chose the latter and came inches within making it.

''Sooner or later, it was going bite me,'' Spieth said with a smile.

Even so, he had no complaints.

''Six under around Muirfield I'd take any day of the week, no matter what form you're coming into it with,'' he said. ''I felt like I hit more fairways today, gave me some more opportunities, and the putter stayed hot.''

Thomas, in his first tournament since the Masters because of a bone bruise in his right wrist, showed plenty of rust in his round of 71. McIlroy had a 75 with two double bogeys, both from tee shots either lost (No. 15) or out-of-bounds (No. 2).