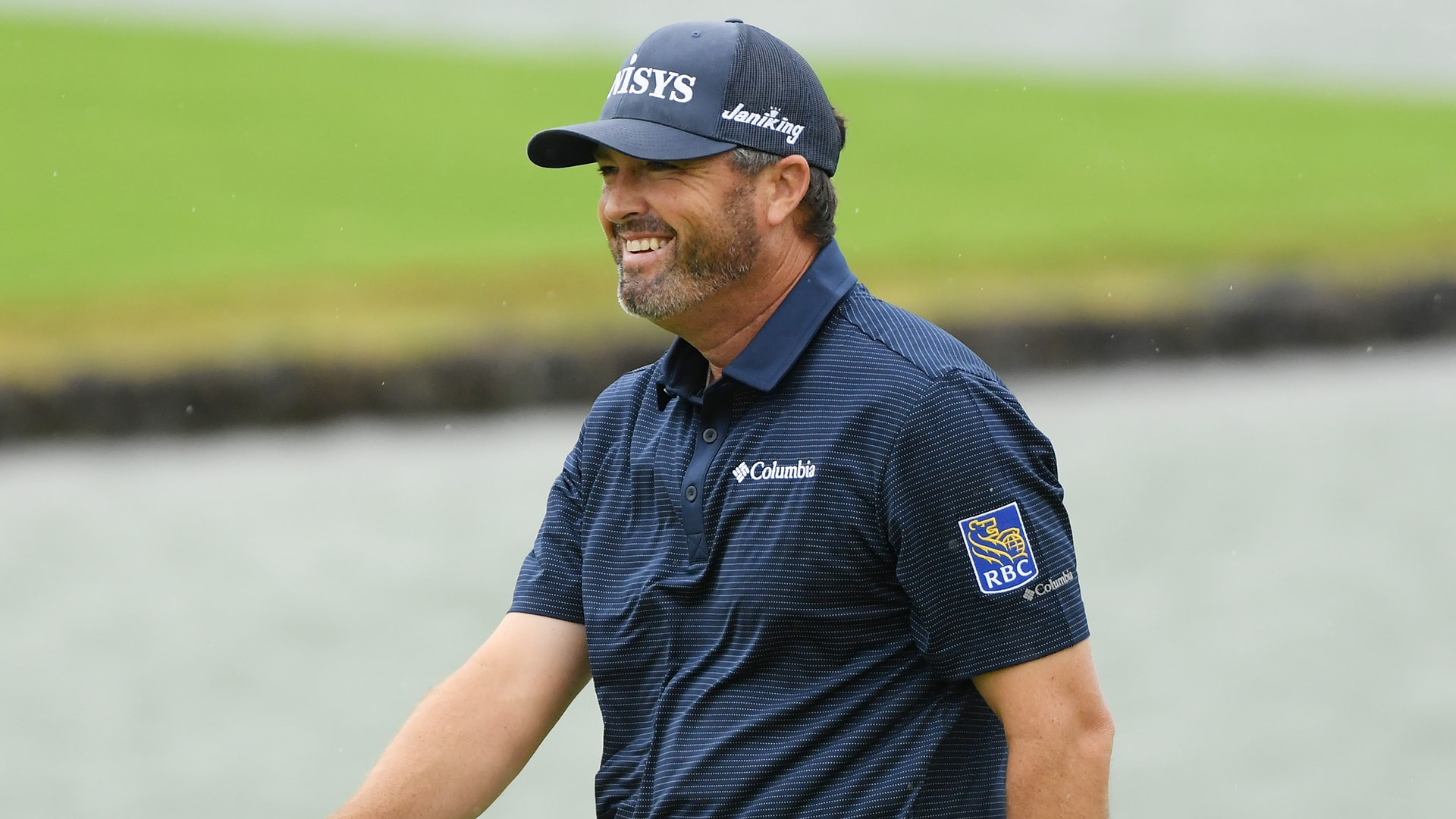 Ryan Palmer fired a 10-under 62 Friday on Torrey Pines' North Course to grab the 36-hole lead at the Farmers Insurance Open. Here's everything you need to know from Round 2 in San Diego:

Don't see names such as Phil Mickelson, Rickie Fowler, Xander Schauffele and defending champion Justin Rose on that leaderboard? You won't this weekend, either, as all of the aforementioned stars missed the cut Friday.

However, there is still plenty of star power left to contend, including Patrick Reed, Jon Rahm, Rory McIlroy, Jason Day, Jordan Spieth, Hideki Matsuyama and Tiger Woods, all of whom are within six shots of the lead and four shots of second-place Snedeker.

But they are all looking up at Palmer, who nearly tied the North Course record of 61, shot previously by Mark Brooks (1990) and Snedeker (2007), though each of the previous 61s came prior to Tom Weiskopf's 2016 redesigned that toughened up the layout.

The lead traded hands several times throughout the day. Recent Stanford grad Brandon Wu was among those to hold the top spot, getting to 8 under before playing his final seven holes in 4 over with no birdies.

But as action moved into the afternoon, it was Palmer who took control.

Palmer, who was T-2 here two years ago, racked up 11 birdies in his first 17 holes of Friday's second round. His six-birdie back nine included a 5-foot make at the par-4 14th after he drew a nasty lie in the rough right of the fairway, but a closing birdie denied Palmer of a bogey-free day.

This 3-wood by McIlroy into the par-5 ninth hole was incredible. The club twirl, though, was even better.

While there are several big names still with a chance this weekend, the most interesting storyline near the top of the leaderboard might be Holmes.

Two years ago at the Farmers, Holmes ignited a slow-play controversy when he took more than four minutes to play his second shot on the 72nd hole. After a lengthy delay, Holmes opted to lay up on the par-5 closing hole at Torrey Pines' South Course and ultimately finished a shot out of a playoff.

Of course, Holmes has continued to be a lightning rod in the slow-play debate. But after the PGA Tour unveiled its revamped pace-of-play policy last week, one that focuses on individual players, Holmes will get his first moment in the weekend spotlight since the changes.

Holmes shot 3-under 69 with six birdies Friday on the North Course.

Also making a move up the leaderboard with Snedeker, whose second-round 67 on the South was his 12th sub-70 round in 18 rounds this season.

Beau Hossler and Zac Blair each recorded 66s on the North to climb to 6 under while Day was among those to shoot 67, doing so on the North in just his second competitive round since November. He is part of the 4-under group that includes Woods (71), McIlroy (73), Spieth (70) and Bubba Watson (73).

Mickelson played the back nine in 3 over with no birdies while shooting 1-over 73 Friday on the North Course. At 1 over, Mickelson, who hit just two fairways Friday, missed his second straight cut to begin the new year. Even more concerning: Mickelson told Golf Digest after the round that he needed to go to the range before his body "locked up." Regardless of how serious Mickelson was being, there are still some serious questions surrounding Lefty right now.