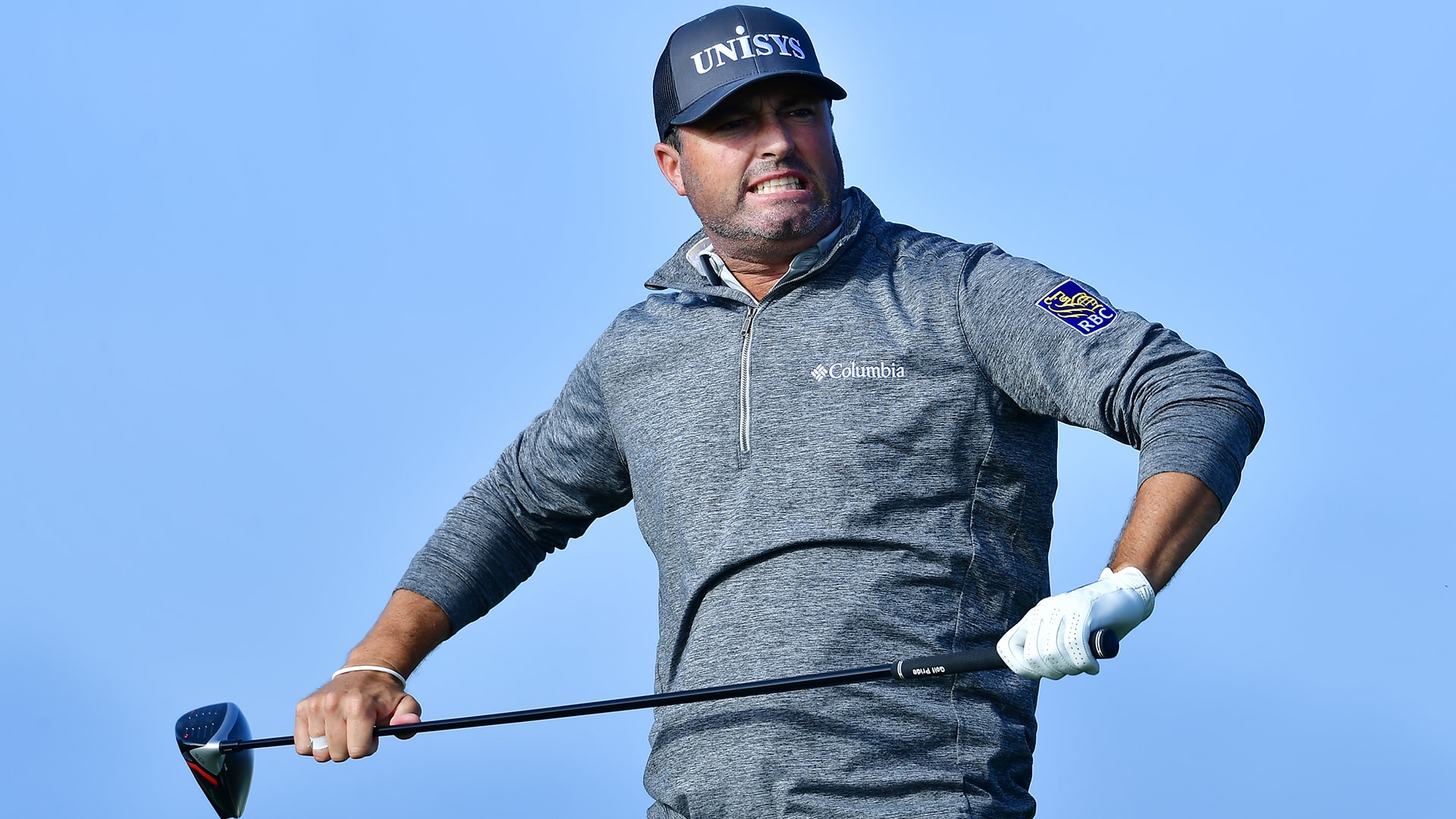 SAN DIEGO – Following four birdies through his first six holes, Ryan Palmer figured he was heading in the right direction on the leaderboard but without any scoreboards on the North Course at Torrey Pines he couldn’t know for sure.

“I almost looked at my phone to look, but I said just don't, we'll see when we get done,” he admitted. “I knew it was close [to the lead].”

Seven birdies (and one untimely bogey at the 18th hole) later, Palmer signed for a 62 and a two-stroke lead over Brandt Snedeker at the Farmers Insurance Open.

Earlier in the week, Palmer said he wanted to shoot 2 under each round to give himself a chance this week, but he wasn’t surprised he was able to go low on the North Course, having posted an identical 62 in Round 2 at the event in 2006. But his relationship with the North Course hasn’t always been warm and fuzzy.

“I shot 77 on that golf course the year after that [2010], so that's why I disappeared from this tournament for [several] years,” Palmer laughed.

Palmer returned to Torrey Pines in 2018 and lost a playoff to Jason Day on a South Course he found much more to his liking.

“We came back fine in '18 to play it and I found the golf course I liked. A tough golf course on the South plays to my game right now,” he said.