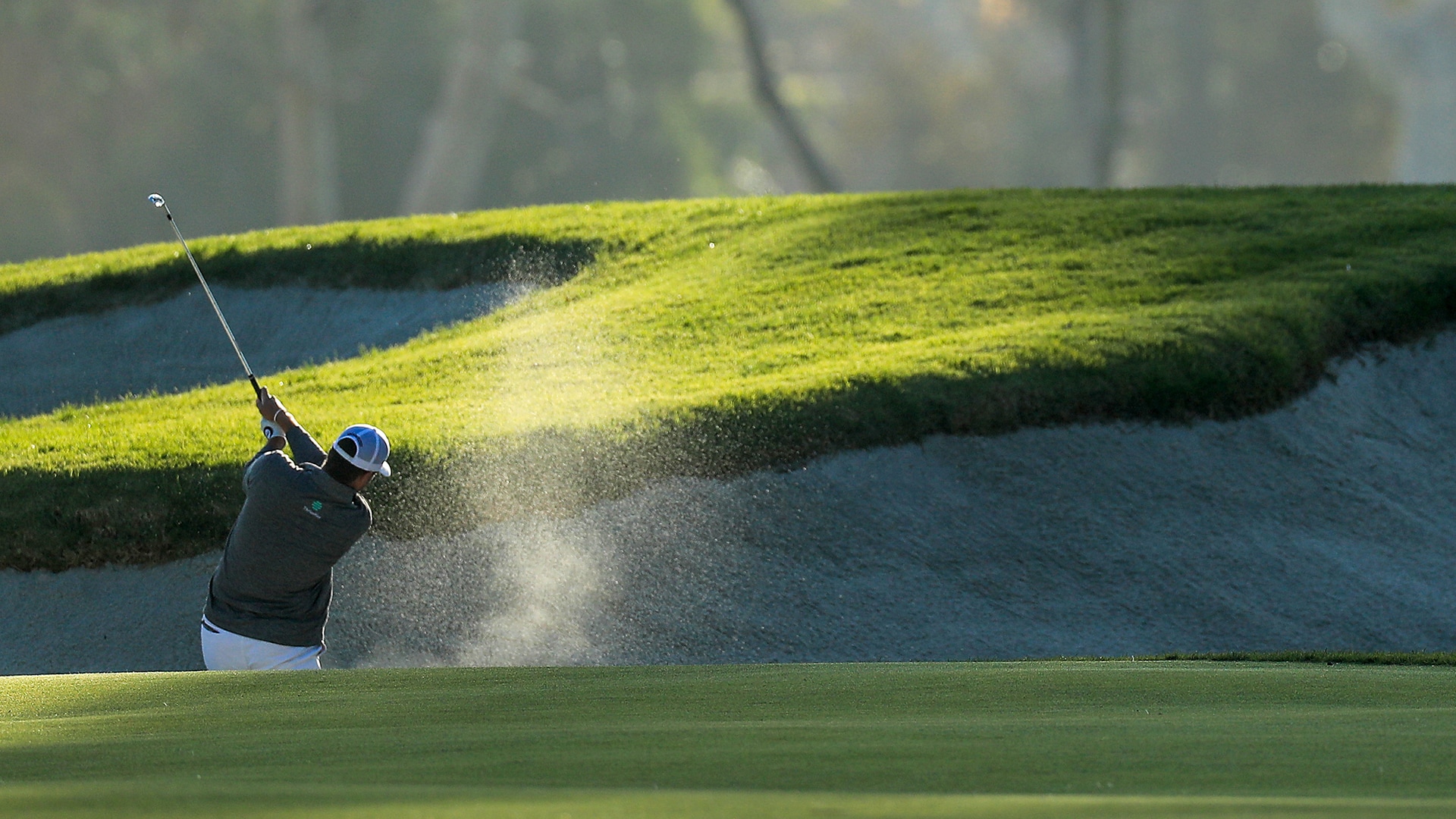 Ryan Palmer paid the price for short-siding himself Saturday at the Genesis Invitational.

Palmer went at back-left flag on Riviera's par-3 14th hole and ended up in a greenside bunker, 40 feet from the hole. Six shots later he finally found the green.

Yes, it took Palmer six strokes to escape the sand. His attempts ended up just short, fat, bladed; one ball rolled back into a footprint.

Once Palmer got on the dance floor, he two-putted from 11 feet for a sextuple-bogey 9.

In the locker room afterward, Palmer said: "I hit it nine times. Anything else? Is it a record or something?”

Palmer described the damage thusly: “Fatted it up there. It stayed (near the lip). Somehow. Came down. Fatted it. Stayed, somehow. Tried to hit it each time. Came down in a footprint, chopped it out and two-putted.”

Palmer ended up carding a 10-over 81 that also included a double bogey, six bogeys, two birdies and an eagle.

– Ryan Lavner contributed to this report