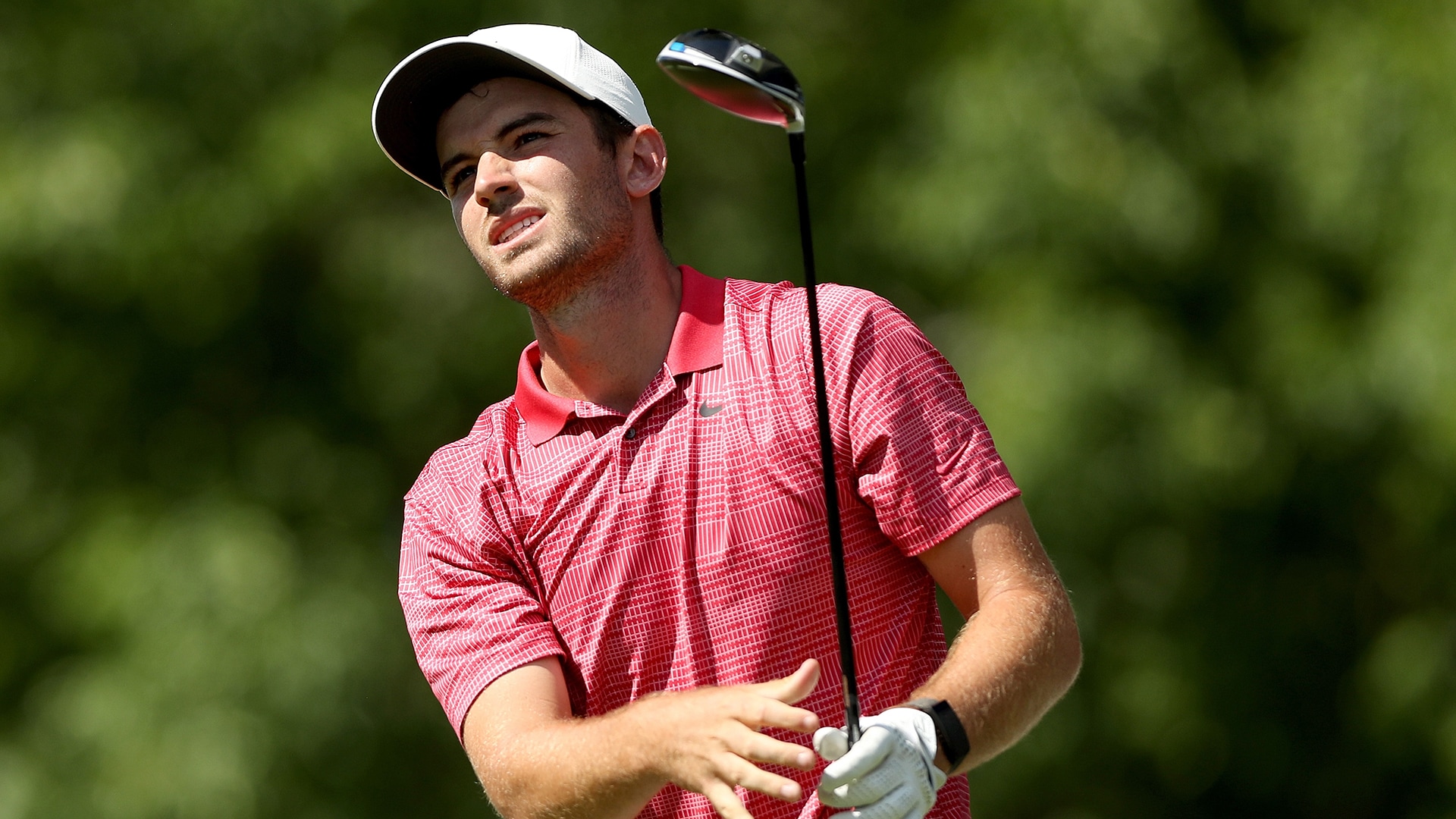 Ryan Ruffels is close to cashing in for the first time as a pro.

While four of the seven KFT winners since the tour’s return posted winning scores of 20 under or better, this week’s event has been anything but a birdie-fest so far. Ruffels took advantage of the limited opportunities on Saturday, firing a bogey-free, 6-under 65 on a tough Indian Creek layout to move to 12 under. He went out in 4-under 31 before making eight pars and a birdie on the back side.

Ruffels was a can’t-miss teenager when he decided to skip college and turn pro in 2016. However, after using up his seven PGA Tour exemptions and notching just one top-20, Ruffels headed to Latin America, where he played the majority of his time before earning his KFT card via Q-School last winter. He owns five career runner-up finishes on PGA Tour Latinoamerica and one on the Mackenzie Tour, but he has yet to break through in a world-ranked event.

A victory Sunday is projected to move Ruffels inside the top 10 in points.

“It’s going to be fun,” Ruffels said. “It’ll be a great challenge and I’m really looking forward to it. It’s what we play for. I’m really excited to see what I can do under the pump.”

Franken, who graduated from North Carolina State last year, made an eagle and two birdies in his final four holes to shoot a third-round 66. Journeyman Michael Miller is tied for third at 9 under with former USC standout Rico Hoey and Wake Forest product Cameron Young.