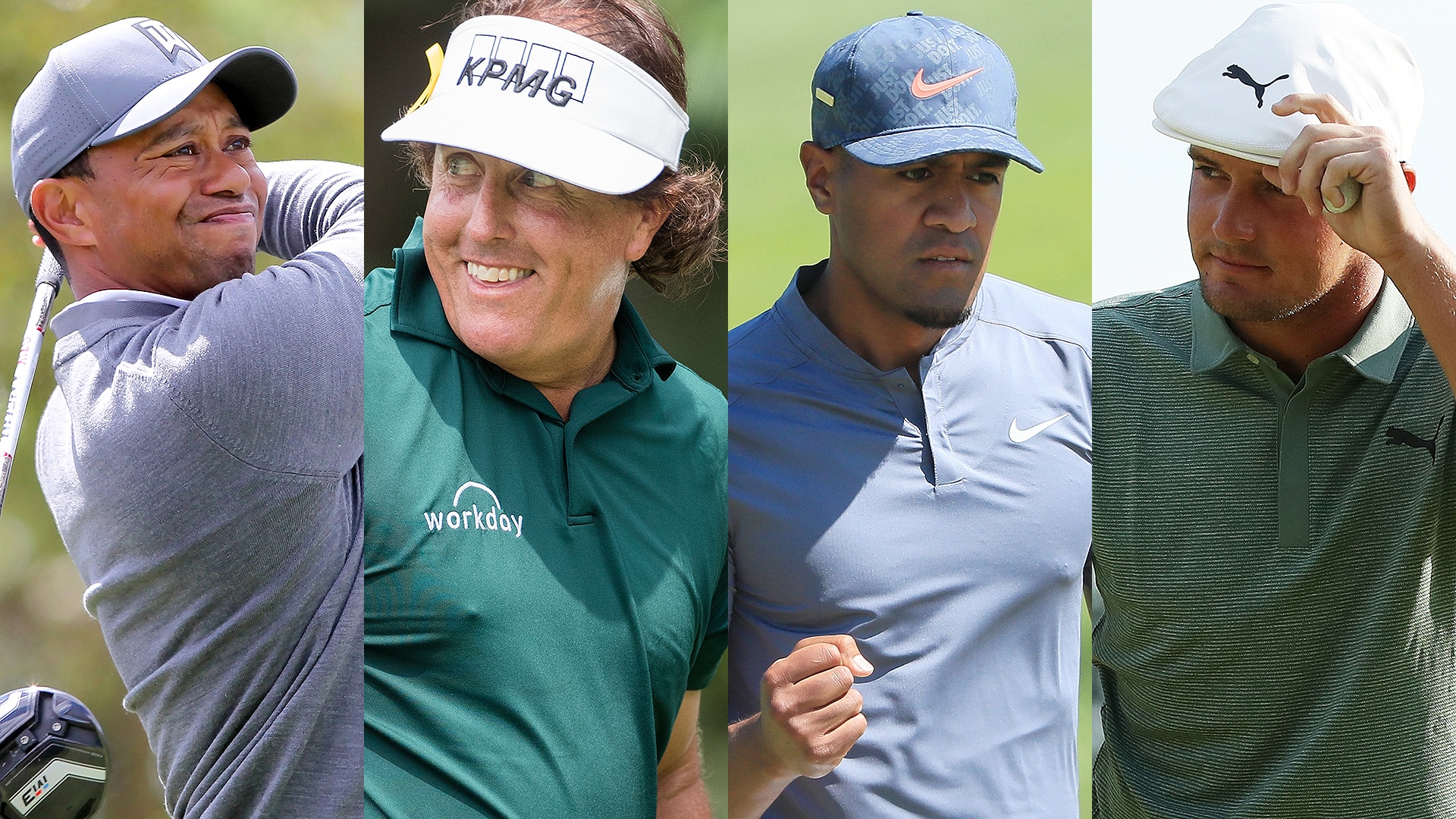 It’s not that players want to misdirect, it’s just they have no other choice when it comes to the curiously complicated and convoluted world of Ryder Cup captain’s picks.

There’s plenty on the line this week beyond September’s transatlantic member-member. Depending on how things play out on Sunday at The Northern Trust, a player can move one step closer to winning the season-long race or the more modest accomplishment of qualifying for next week’s postseason event.

But with apologies to the endless parade of playoff points and projections, the most compelling part of the next three weeks begins and ends with Jim Furyk’s four captain’s picks.

This might not be a 72-hole qualifier for the U.S. Ryder Cup team. It might not even be a 216-hole version of The Bachelor to play golf’s biggest event, but it’s certainly going to keep Furyk’s attention throughout.

A captain – pick a captain, any one will do – will clinically explain that a pick is based on a player’s overall body of work, not how they play at the wire. But that ignores the fact the Ryder Cup task force that was created following the U.S. team’s meltdown in Scotland in 2014 specifically changed how and when the picks were made to accommodate 11th-hour performances.

In some circles these last-minute selections are called the Billy Horschel exemptions, following his playoff run in 2014.

Four years ago Horschel finished 35th on the final U.S. points list and well off then-captain Tom Watson’s radar for a potential pick. Despite Horschel’s runner-up finish at the Dell Technologies Championship he was never seriously considered for a pick. The American would win the final two playoff events and the FedExCup and watch the American loss from his couch in north Florida.

The new process, which was ushered in after that devastating loss in ’14, now gives the American captain three picks following the Dell Technologies Championship and a final pick after the third playoff stop the following week.

These three weeks are now officially part of the secret sauce. Furyk has said he will consider overall records for the year, potential pairings and style of play when he makes his picks, but after three days at Ridgewood Country Club the decision is quickly becoming academic.

“I feel like there's only two spots left. I feel like Tiger and Phil are going to be picked,” said Horschel, who moved into the hunt in New Jersey with a third-round 65 and is tied for fifth place.

Horschel wasn’t giving away any family secrets. Although both Woods and Mickelson have played the game to perfection and have patently dismissed the notion they are locks to be one Furyk’s four picks, given their play this season and impact in the team room it would be the biggest upset since Jack Fleck beat Ben Hogan at the 1955 U.S. Open if the two were left off the team.

That leaves Captain America with two picks remaining and no shortage of candidates. Bryson DeChambeau, who finished one spot out of the top 8 automatic qualifiers, appears to be on the verge of wrapping up the third pick following a third-round 63 that moved him four strokes clear of the field at Ridgewood.

Even at 24 years old, DeChambeau knows the drill.

Whether he gets his chance to experience the intensity of the matches first hand later this fall may depend on his ability to close out his commanding lead on Sunday.

Tony Finau will be in a similar position on Sunday at Ridgewood following a 66 on Day 3 that moved him into a tie for third place at 11 under, five strokes behind DeChambeau.

“To say that I'm not thinking about the Ryder Cup, is definitely not true,” admitted Finau, who was 15th on the final qualifying points list. “But it's not the most important thing right now. I want to play good golf and get myself in contention this week. If it continues to prove to the captain and to the guys that make the picks that I'm worthy of a spot, then that's the case.”

Asked what Finau could bring to the team, Lefty was succinctly clear.

“A ton because not only is he a great player, he's a solid guy. He's one of my favorite guys to be around,” said Mickelson, was tied for seventh place at Ridgewood.

It doesn’t hurt either DeChambeau or Finau that those most likely considered potential picks haven’t played their best this week. No. 12 Xander Schauffele missed the cut and Matt Kuchar (13th on the points list) and Kevin Kisner (14th) are well back in the pack after three days in New Jersey.

They will all say the same thing. That it’s not the outcome, becoming one of Furyk’s chosen four, that matters, that it will be the result that counts. They say that because they have to, but don’t think for a New York minute that they aren’t thinking about it.