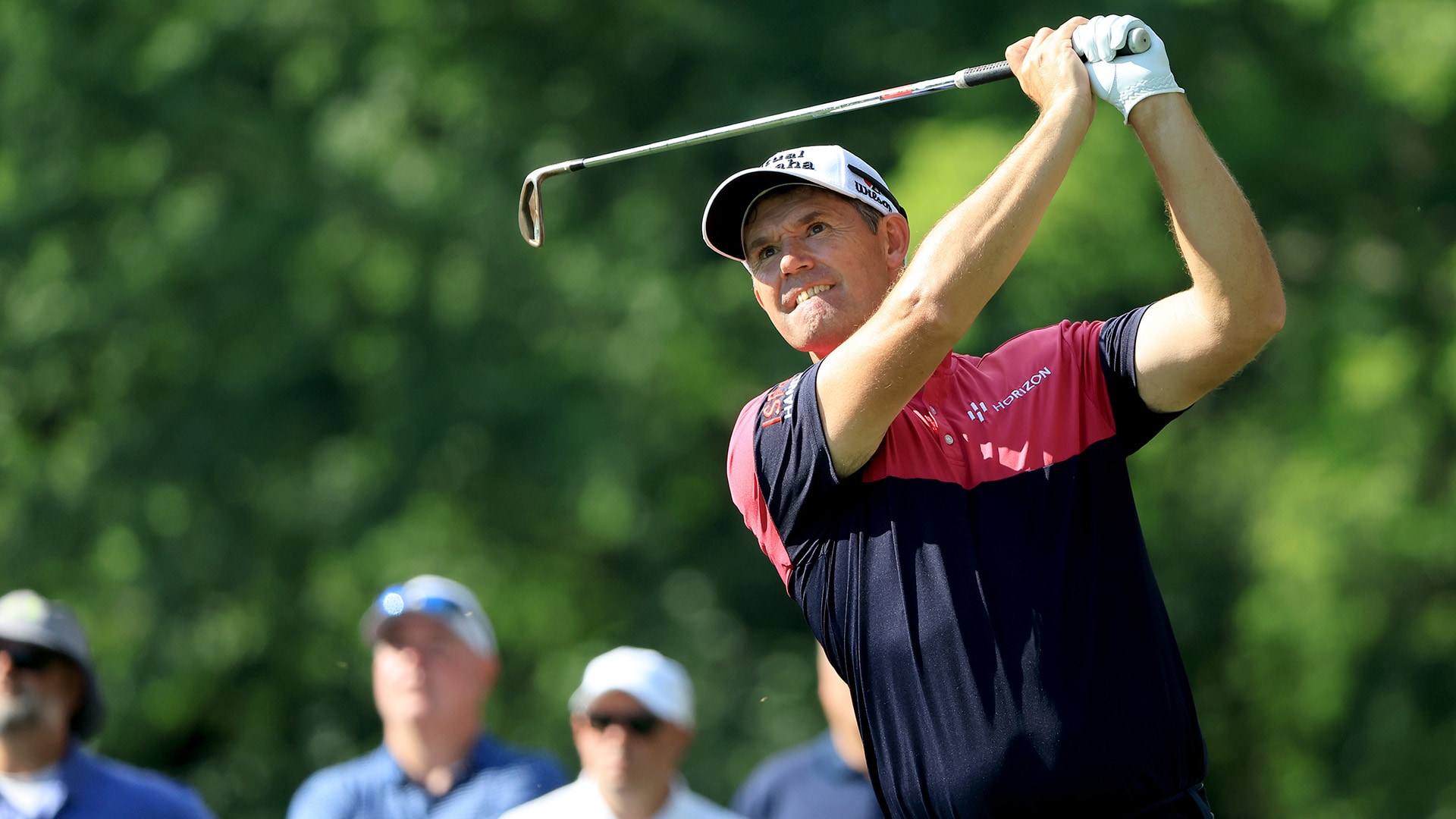 BETHLEHEM, Pa. — Padraig Harrington and Steve Stricker are going at it again on a big stage, and this time they have more say over the outcome at the U.S. Senior Open.

The two Ryder Cup captains from Whistling Straits last September will be in the final group going into the weekend at Saucon Valley after Harrington birdied three of his last six holes for a 6-under 65 to take a one-shot lead.

Stricker, whose U.S. team of stars throttled Europe in the Ryder Cup, did some nifty work of his own to overcome a sloppy start. He birdied his last three holes for a 69.

Harrington was at 6-under 136 going into a weekend that will not include Bernhard Langer for the first time since the German great was still in his 40s.

The 64-year-old Langer needed a birdie on his final hole to have any chance of making the cut. He made bogey for a 75 and missed by two shots. It was the first time in 65 senior majors that Langer failed to qualify for the weekend.

Jay Haas – the 68-year-old who on Thursday became the fifth player in U.S. Senior Open history to shoot at least his age with a 67 – had to settle for Tom Watson’s age Friday. That was a 72, and it was good enough to keep him in the mix at Saucon Valley.

Rob Labritz, the longtime club professional who earned a PGA Tour Champions card this season, had another 69 and was two shots behind Harrington.

The group at 3-under 139 featured Haas, Rocco Mediate and Steven Alker, the top PGA Tour Champions player this year. Alker recovered from a rough opening round with a 67.

Even as sunshine replaced rain, only 12 players remained under par. Defending champion Jim Furyk stumbled to a 76 and made the cut on the number.

Harrington, who turned 50 last August, is playing his first U.S. Senior Open and still has plenty of speed in his swing to handle the thick rough that was still wet from Thursday’s rain.

He kept bogeys off his card even when he strayed from the fairway, and he broke out of a tie with Stricker with a wedge to 4 feet on the par-4 eighth hole toward the end of his round.

“It’s a much stronger test than I expected. This is way, way tougher than our regular Champions Tour events,” Harrington said. “I knew this was a big advantage to me starting the week, both length-wise and being able to play from the rough if I am in the rough.”

Stricker didn’t do much wrong except for the par-5 sixth hole, where he tried to take on too much out of the rough and it led to a double bogey. That stalled his round, and then he made up for it at the end.

“I was just trying to right the ship there. It can get going sideways in a U.S. Open pretty quickly. So just try to hit the fairways, good amount of greens,” Stricker said.

Stricker said he told his brother-in-law, who is his caddie for the week, Mario Tiziani, that he wanted to try to get a few shots back over the closing hole.

“I wasn’t thinking three. Maybe I should have,” Stricker said. “I just wanted to get back to even really for the day and ended up birdieing the last three. It was a good way to finish the day.”

Harrington and Stricker remain good friends. They were captains of two vastly different teams at Whistling Straits — the Americans were young and finally played to their potential, while Europe had aging veterans and virtually no fans because of pandemic travel restrictions.

The result was a 19-9 victory for the Americans.

Now they will be together hitting shots of their own. This is the second time in a major that the Ryder Cup captains will play together. They were also paired in the third round of the Regions Traditions last month.

The only concern for Harrington was his driver cracking while on the range. He hits a lot of drivers on the range at home to work on his speed work, so it’s not the first time that has happened. His replacement had a little bit more spin and flew higher.

“Outside of that, just a couple of holes where I just felt I was trying to do it rather than letting it happen,” Harrington said. “I definitely got back into it later on in the round. More of that for the weekend.” 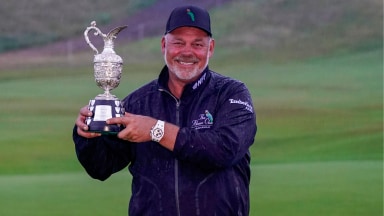 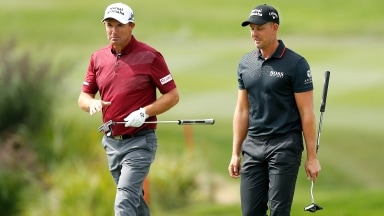