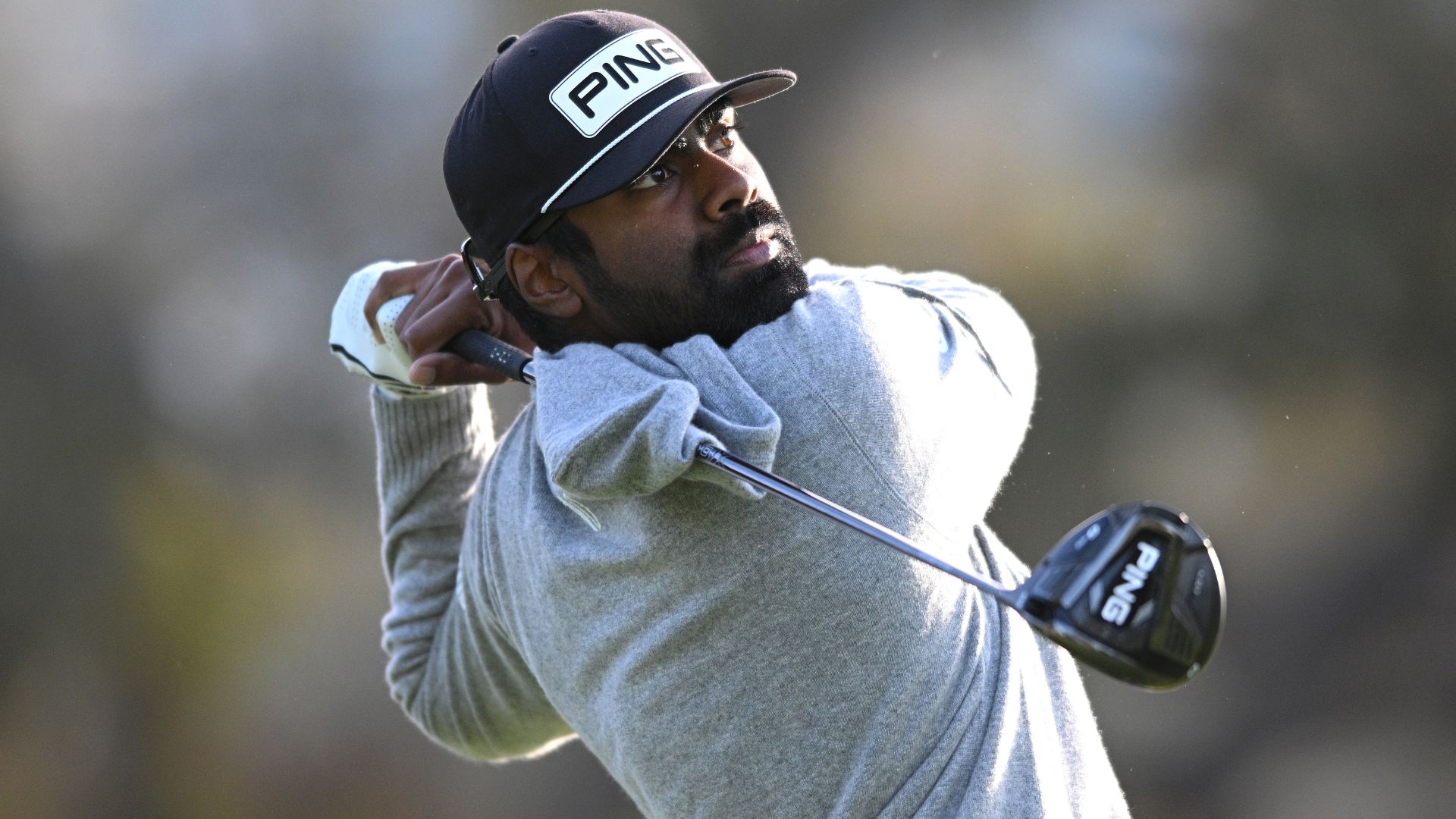 Good or bad, LIV Golf made its mark on the golf world this past year.

"I think no matter what everyone feels about either tour, whatever opinions they have or thoughts they have, I think it affects everyone whether they want to admit it or not," Sahith Theegala said Wednesday at a Houston Open pre-tournament presser.

But did LIV make the PGA Tour better? Theegala thinks so.

Theegala's rookie campaign last season was one many can only dream about. Though a few heartbreaks prevented him from notching his maiden Tour win, he still established himself as a rising star and made the Tour Championship.

With his recent success, the 24-year-old likely could defect to the Saudi-backed circuit, but Theegala would rather chase his dreams, rather than money. However, with that being said, Theegala has no animosity toward LIV or any players who bolted.

"I've said before, [the] PGA Tour is my focus and obviously grew up wanting to play on the PGA Tour and dreamt of all that," he said. "But I have no problems with the other stuff going on. It's just I think it's been made a little bit a bigger deal than most — honestly, a lot of the players that I've talked to have not — I mean, it's great for the players."

Though, the world No. 53 is disappointed some of the world's best players left the PGA Tour.

"The unfortunate thing is all the top players in the world aren't playing together anymore," Theegala said. "Like we all want to play with Cam [Smith] and (Dustin Johnson) and those guys that are some of the best players in the world and there's no denying that, so it's unfortunate that the talent pool's split a little bit, but I really never give it any thought other than when I'm asked questions about it."

LIV has made a dent in this week's Houston Open. The past two defending champions, Jason Kokrak and Carlos Ortiz, bolted to LIV earlier this year, along with past victors Ian Poulter, Phil Mickelson, Matt Jones and Paul Casey.

However, behind his belief that the Tour is in good hands despite the rift LIV created in golf, Theegala is bullish that the players who were given a chance on Tour due to LIV defections will step up to the plate.

"There's never going to be a lack of superstar power on the Tour." 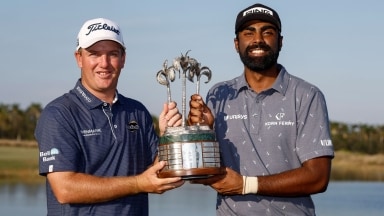 Sahith Theegala made a 15-foot birdie putt on the final hole Sunday as he and Tom Hoge closed with a 10-under 62 in fourballs. 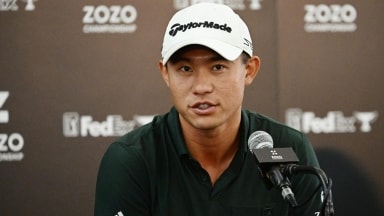 A budding rivalry is in the works at the Zozo Championship, and it has nothing to do with golf. 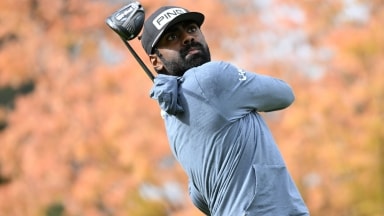 Theegala 'as free as I can be' after big rookie year

After making the Tour Championship, Sahith Theegala is looking for a full-circle win this week at the Sanderson Farms Championship.