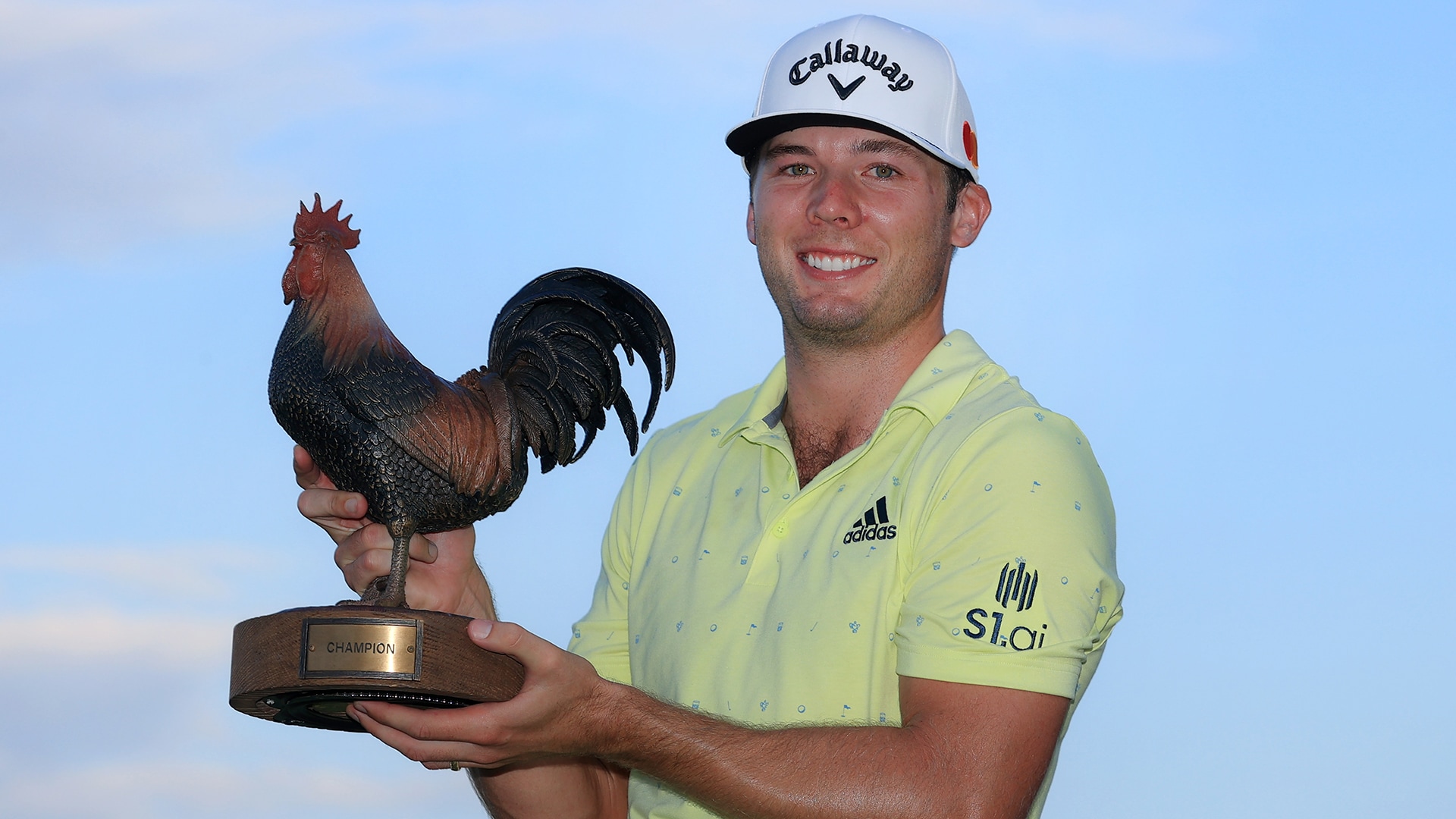 Sam Burns fired a 5-under 67 to win the Sanderson Farms Championship by a shot Sunday at the Country Club of Jackson. Here’s everything you need to know from Sunday’s finish in Mississippi.

How it happened: Beginning Sunday at 17 under, a shot back of 54-hole leader Sahith Theegala, the 25-year-old Burns showed why he’s considered one of the best rising stars in the game. It was a final-round leaderboard filled with recent Korn Ferry Tour grads and PGA Tour rookies, and many of them, including Burns' former college peers in Young and Buckley, didn’t back down. However, Burns, an LSU product from Shreveport, Louisiana, turned on the jets after a 2-under front nine, birdieing Nos. 11, 13, 14 and 15 to catch and pass Theegala, another amateur contemporary of Burns who bogeyed three of the first four holes on the back side to ruin his shot. Burns built a late two-shot lead and gave himself just the right amount of cushion to absorb a closing bogey and win by a shot at 22 under, a tournament record.

What it means: Burns may have to wait at least another two years to make his Ryder cup debut, but it didn’t take long for him to notch his second career Tour victory. Back in May, Burns broke through at the Valspar Championship to crack the top 50 in the world rankings for the first time. He added a pair of runner-up finishes in the summer, including at the WGC-FedEx in Memphis, before advancing to his first Tour Championship and earning serious consideration for U.S. captain Steve Stricker’s squad for Whistling Straits. Ultimately, Burns was left off the 12-man team, but this win shows he’s poised for a serious run at a Presidents Cup berth next year, and he should also challenge at the majors, a top-10 world ranking and at least one or two more victories this season.

Round of the day: Playing this week for the first time since missing the cut in the FedExCup Playoffs opener, The Northern Trust, Norlander closed in 8-under 64 to tie for fourth. The Swede notched six birdies and an eagle to record his best Tour finish since his T-2 at the Farmers Insurance Open last season.

Shot of the day: Theegala hated this approach at No. 8, but he loved the result, a shot to 4 feet to set up his third birdie of the front nine.

Biggest disappointment: Theegala. It’s hard to blame the former Pepperdine star, as he was making just his second start as a Tour member. But he hit some poor shots after turning with the lead and ended up four shots back. Still, his T-8 showing sets a new career-best mark on Tour, and he has the ability to make it to East Lake this season.

Winning quote: "The main thing for us was we knew what our game plan was and we knew that we had a purpose for each shot, and we were just going to stick to it and whatever happened at the end ... I saw the leaderboard when I was on 17 green, and I kind of thought the guys behind us weren't quite close enough to catch us, and I think that's when it kind of hit me that if I could just get it up there around the green and make a 4 or 5, we could do it." – Burns 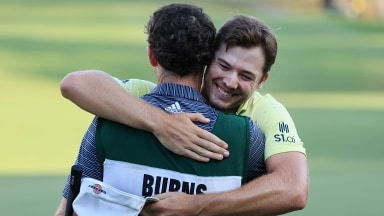 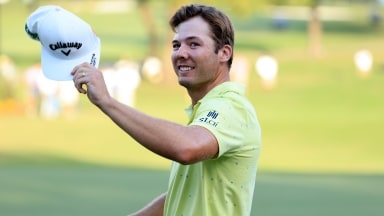 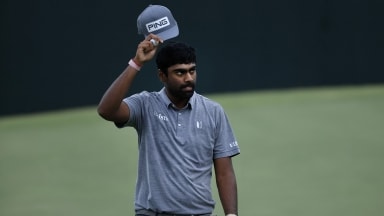 Many are in contention going into the final day of the Sanderson Farms, but Sahith Theegala holds the lead at 18 under.