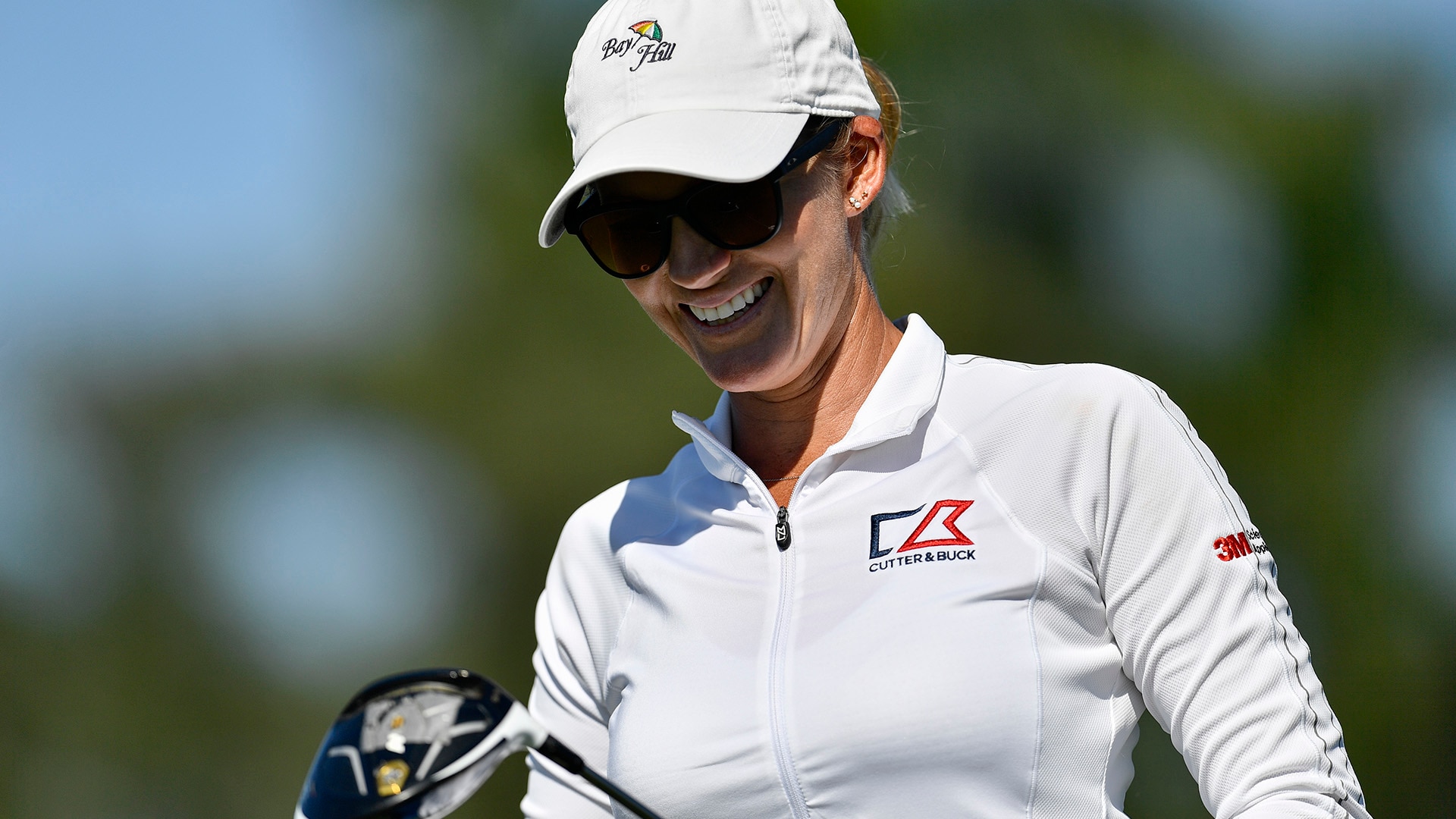 BIRMINGHAM, Ala. – Cinderella may have a sister starring in a sequel this week at the U.S. Women’s Open.

With Sarah Jane Smith pulling away in the rain-shortened second round Friday at Shoal Creek, it feels as if a theme could be developing in this year’s women’s majors.

A couple months after Pernilla Lindberg won in an upset, Smith is positioning herself early to try to do the same.

Lindberg was No. 150 in the world when she broke through to win the ANA Inspiration as her first LPGA title in April. She played like a world No. 1, defeating Inbee Park in a playoff to win wire to wire.

Smith is No. 97 in the world as she also seeks to make her first LPGA title a major.

With another 5-under-par 67 Friday, Smith was pulling away from the field in the morning wave, up by as many as five shots.

“Ten under in two days here is unbelievable,” said Carlota Ciganda (71), who is seven shots back.

This wasn’t easy to see coming, with Smith missing the cut in five of her last six starts. She has been frustrated with her struggles.

Smith stuck around that Monday at the ANA to see Lindberg win. They’re friends. Lindberg thanked Smith with an encouraging message.

“The nicest message I have gotten, as a pick me up, because I wasn’t going through the best of times,” Smith said. “She has been a great friend.”

“It made me put in a little more work, just to try to follow in her footsteps,” Smith.

Smith is making her 223rd tour start this week.

There’s a special Aussie connection here at Shoal Creek that Smith is looking to build upon. Wayne Grady won the PGA Championship here in 1990.

Count LPGA Hall of Famer and fellow Aussie Karrie Webb among those who believe Smith can finish this off.

“I have always been a big believer Sarah is capable of playing the way she has the last couple days here,” said Webb, a two-time U.S. Women’s Open winner. “We’ve had conversations, where I’ve told her it’s all there. She just has to believe.”

Sean Foley, Smith’s swing coach, is on the same page as Webb.

“Sarah is going to hold a trophy at some point,” Foley told GolfChannel.com late last year. “She’s too skilled not to win.”

Lindberg showed Smith how quickly a player can put it all together. They may be from opposite sides of the planet, but they have a lot in common.

This quest is very much a joint adventure for both couples.

“We are so lucky,” Duane said. “We get to travel the world together. It’s been amazing. We struggled for the longest time, just sort of breaking even, but over the last few years she has played very well. She has built a life for us.”

Sarah Jane and Duane both grew up on the Sunshine Coast of Australia, knowing each other since they were in junior golf. When they were 18, a mutual friend set them up as partners in a Queensland mixed team event. They played 36 holes together that event and have been together ever since.

Duane started caddying for Sarah Jane 13 years ago. He’s the only full-time caddie she has ever had, other than the odd times a friend has stepped in. They married nine years ago.

“We've had a few 'don't-speak-to-me’ moments after rounds,” Sarah Jane said. “It’s obviously difficult sometimes, but when it's good it's worth every second.”

Duane was asked the secret to making it work,

“Basically, very much knowing she is the boss,” he said.