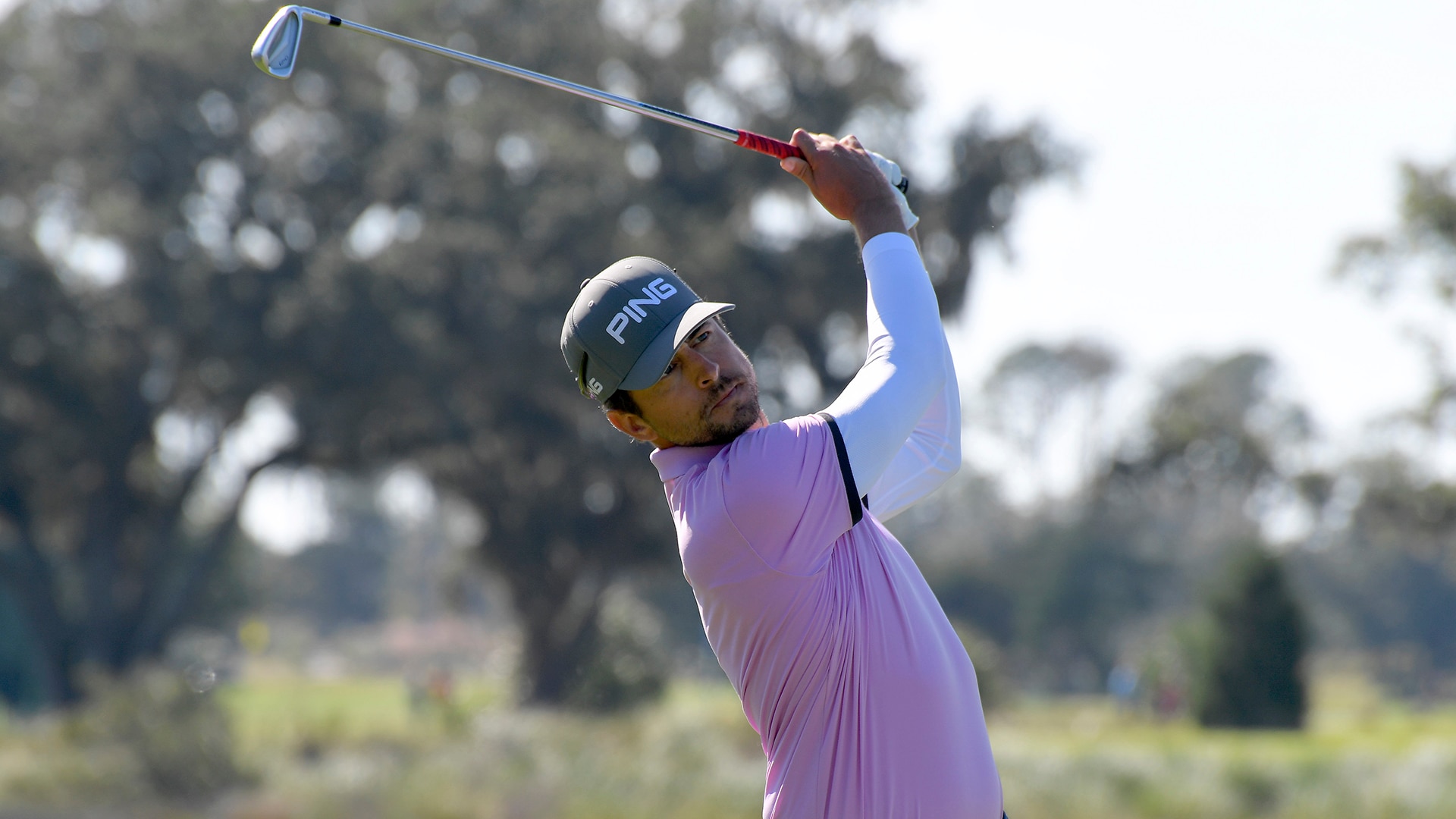 ST. SIMONS ISLAND, Ga. – When Scott Harrington found himself in contention earlier this fall at the Houston Open, he considered having his wife, Jennifer, fly from the couple’s home in Scottsdale, Ariz., to be with him during the weekend.

The couple ultimately decided to not make the trip and the 39-year-old PGA Tour rookie finished runner-up. After an opening 65 on the Seaside course, however, Harrington might need to consider some last-minute travel arrangements for his wife.

“Maybe, it would just kind of depend where I'm at heading into Sunday or maybe even heading into this weekend,” said Harrington, who was tied for fifth place after Round 1. “We might talk about it. We'll cross that bridge when we come to it. I've got a lot of golf to play.”

Harrington is one of the young season’s most compelling stories. The circuit’s oldest rookie took much of the 2017 season off to stay at home with Jennifer who was battling Hodgkin’s lymphoma.

Jennifer Harrington’s cancer is in remission and Scott earned his Tour card thanks to his runner-up finish at the Portland Open on the Korn Ferry Tour, but there are always reminders.

“We get pretty high anxiety when she gets her scans every six months to make sure everything is still gone. There's a lot of anxiety around that, but the relief when we've gotten the positive news has been huge and it definitely lets me kind of just focus on what I'm doing out here,” said Harrington, who birdied two of his first six holes Thursday.