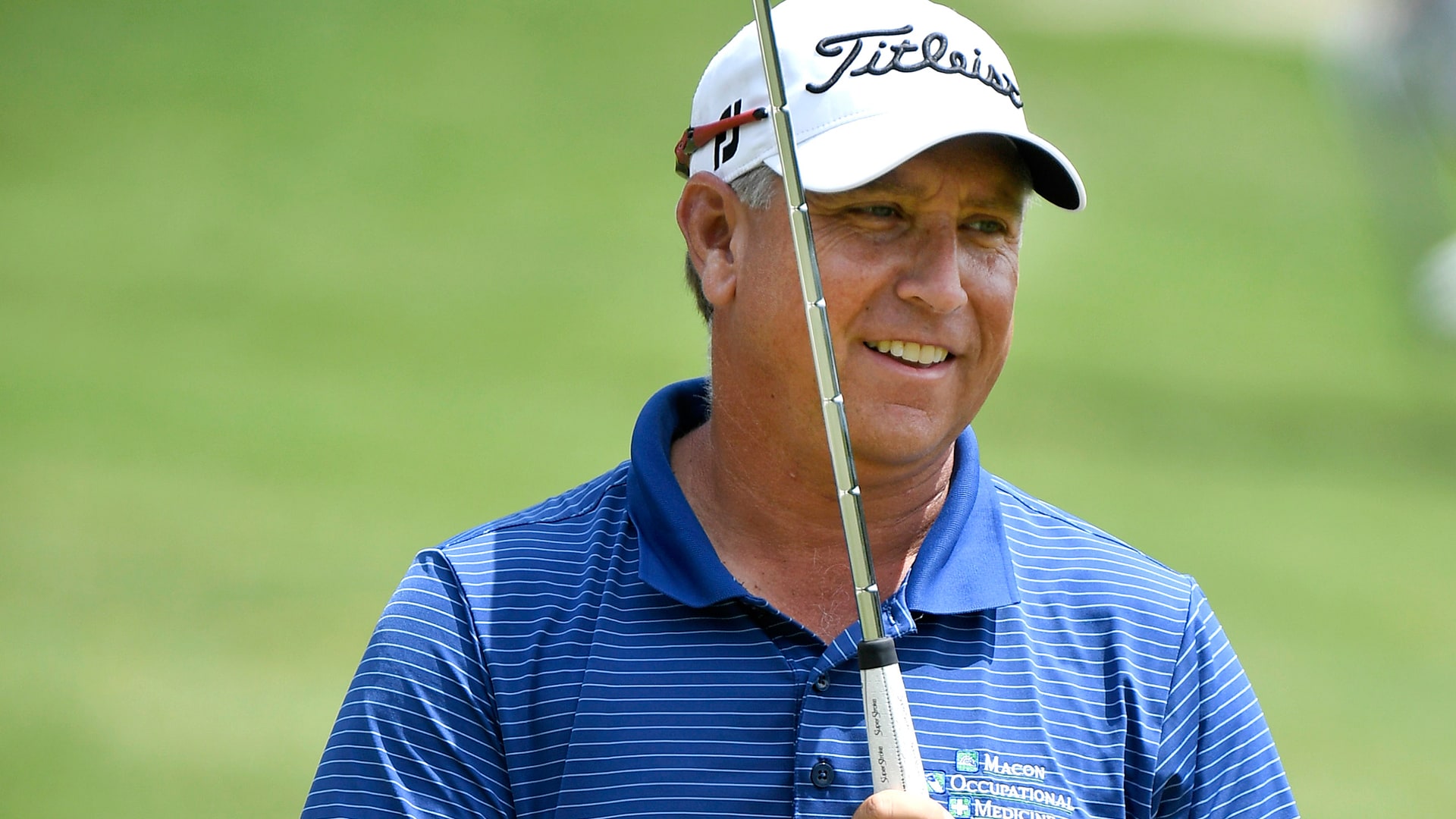 Scott Parel racked up 34 points on Friday to lead the Diamond Resorts Invitational by two points over Scott Dunlap.

Parel is a former PGA Tour Champions Monday qualifier who earned co-medalist honors at the tour's Q-School in 2016. In his first full season on the senior circuit last year, he racked up six top-10 finishes - including a tie for second at the Regions Traditions - and finished 21st in the Charles Schwab Cup points race.

In Round 1 at Tranquilo Golf Club in Orlando, Parel made nine birdies, seven of which came on the back nine, en route to a 7-under 64. The Diamond Resorts is played as a modified stableford.

The highest-ranking female on the leaderboard is the LPGA's Brooke Henderson, who carded a bogey-free 6-under 65 for 28 points.

In his return to competitive play, Charlie Rymer birdied his opening hole and tallied 21 points in a 1-over 72.