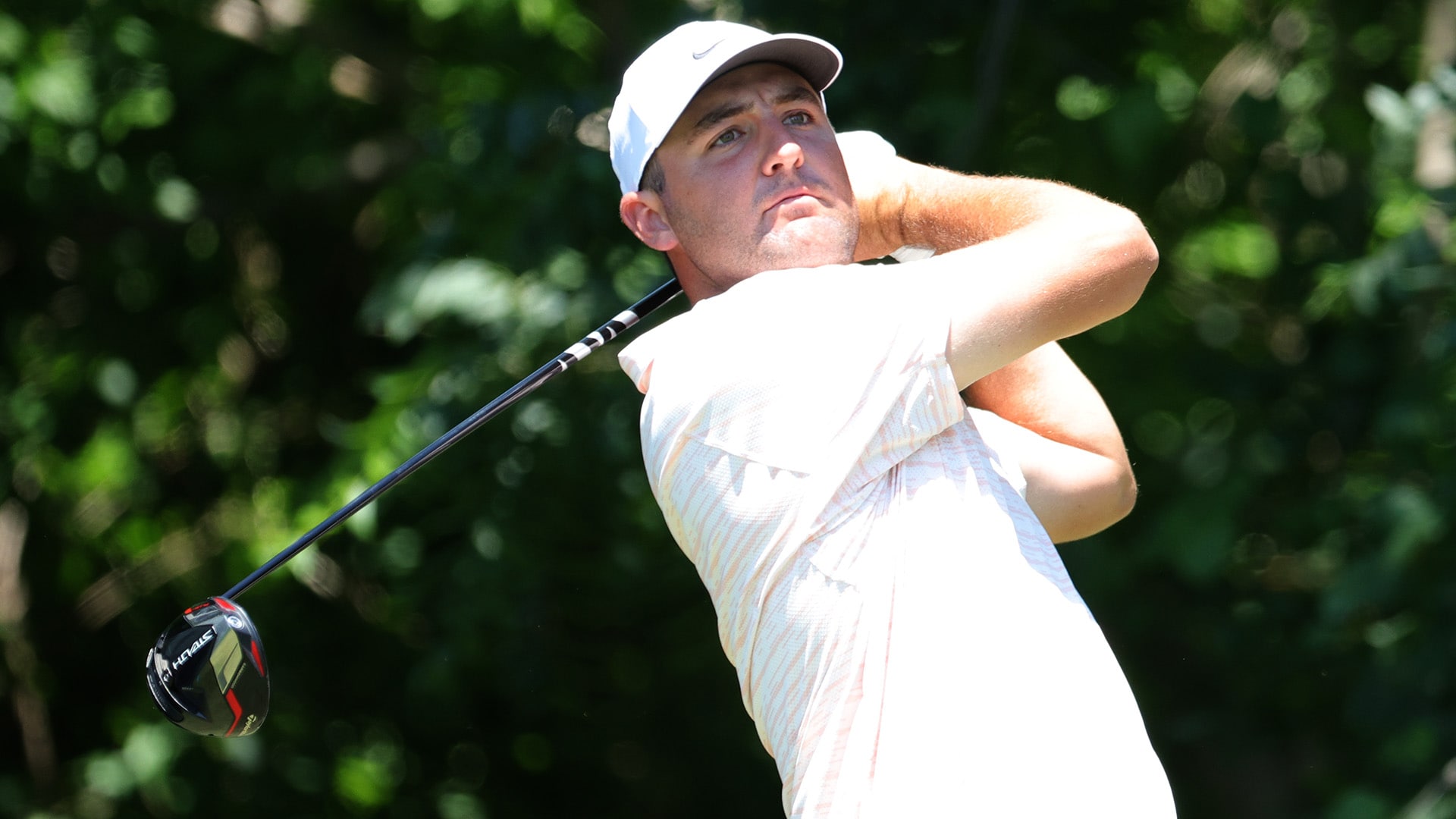 FORT WORTH, Texas — This has been a good week in North Texas for Scott Stallings, first qualifying for the U.S. Open that will be played less than an hour from where he was born and now sharing the lead at Colonial with top-ranked Scottie Scheffler and Beau Hossler.

Stallings shot a 6-under 64 without a bogey on a relatively calm Friday at Hogan’s Alley. That put the Massachusetts-born and 206th-ranked player in the world at 9-under 131 along with with Dallas-area resident Scheffler and former University of Texas player Hossler, who both had bogey-free 65s.

Scheffler, in one of the last groups of the day after Stallings and Hossler played in the morning wave, tied them with a 14-foot birdie putt at the par-4 17th and saved par at No. 18 after his final drive went left into the rough.

“I think I needed to put up a good score with the wind being real low and the greens being not crazy firm,” said Scheffler, who is without a bogey so far this week. “Yeah, I love that stat. It’s a lot of fun ... I kept the stress off myself for the most part.”

It was calm pretty much throughout the day Friday. But hot and breezy conditions are expected for the weekend rounds at the Charles Schwab Classic, with gusts around 30 mph and temperatures in the mid- to upper-90s in the forecast.

Scheffler and Hossler were among the Colonial-record eight players to share the 18-hole lead at 66. Stallings began the second round as one of the seven others within a stroke of that.

After missing the cut at last week’s PGA Championship like Scheffler did, the 37-year-old Stallings came to the Dallas area to play in a 36-hole qualifier Monday for the U.S. Open next month in Brookline, Massachusetts. He shot 8 under and placed 11th to get into his third U.S. Open and 12th major overall.

“That was a huge goal, probably the biggest goal I had of the year, is to play the Open up there,” Stallings said Friday. “Probably the only time in my career I’ll have an opportunity to play a major championship in New England where at least half my family lives, my sister lives just down the road.”

Stallings had eight birdies and five bogeys in his first round at Colonial. There were no bogeys on Friday, and no birdies until four in the middle of the round — at Nos. 8, 9, 11 and 12. The three-time PGA Tour winner added another at No. 14, then finished by rolling in a 28-foot birdie putt.

Having the momentum of qualifying for the U.S. Open “carry over into the week was nice to see, and take advantage of a day that we definitely haven’t seen very often here,” said Stallings, who was born in Worcester, Massachusetts, but now lives in Tennessee, where he went to school at Tennessee Tech.

Jordan Spieth, another local favorite and No. 9 in the world, shot 66. He birdied his first two holes and had a 35-foot birdie putt when finishing on the ninth hole. Spieth was tied for 12th at 5 under.

The 2016 Colonial winner, Spieth was the runner-up at Hogan’s Alley for the third time last year, when he led after each of the first three rounds before falling in a final-group showdown with Jason Kokrak the last day. Kokrak is even par through two rounds this year.

Fifth-ranked Justin Thomas missed the cut at 3 over a week after winning the PGA Championship for the second time. His 72 on Friday included going 6 over over a four-hole stretch midway through the round — bogeys at No. 7, 8 and 10, and triple-bogey 7 at No. 9 without going in the water.

It is the second year in a row the PGA winner played the following week at Colonial missed the cut. Last year it was Phil Mickelson.

Hossler, in his 136th PGA Tour event and still looking for his first victory, had a more steady second round after the exciting finish Thursday, when he had two eagle 2s his last four holes, though both hole-outs came immediately after bogeys.

“Certainly, yesterday was more of an up-and-down round. Today felt frankly, never really stress-free, but as stress-free as it’s going to get,” Hossler said. “It felt like I was in play. I never was that out of position.”

Nick Taylor, ranked 244th in the world, took the solo lead for the second day in a row. The Canadian dropped into a share of the first-round lead with a bogey on his final hole, and Friday shot 6-over 41 on his final nine holes after five birdies in his first nine holes to make his turn at 9 under. 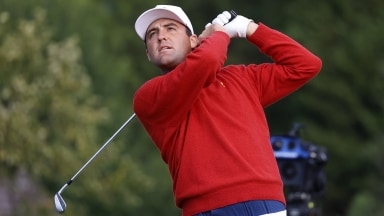 Though the U.S. have dominated early at Quail Hollow, Scottie Scheffler hasn't had the best of Presidents Cup, starting 0-2-1 and hitting a shank. 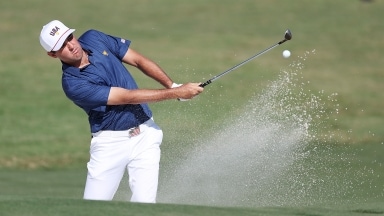 World No. 1 Scottie Scheffler will sit out the afternoon fourballs session Saturday after losing again in the morning. 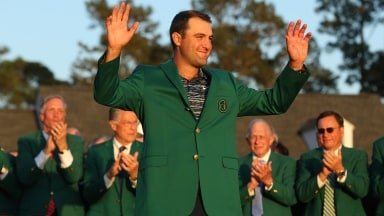 The PGA Tour announced Saturday morning that Scottie Scheffler has been named the 2021-22 PGA Tour Player of the Year.