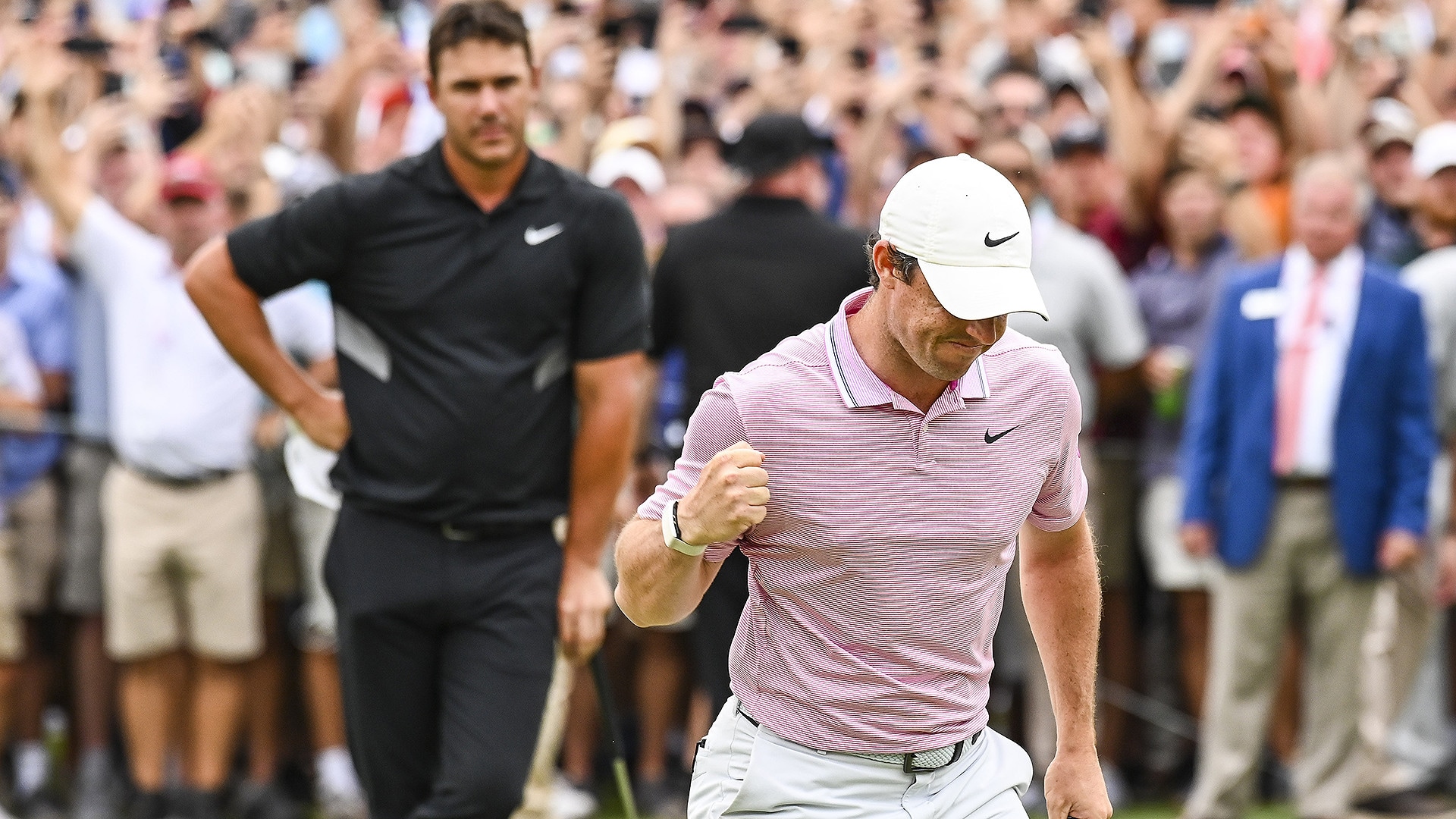 When the PGA Tour deconstructs this past season and all of its sweeping changes, from the PGA Championship's move to March to an experimental scoring format at the finale, there’ll be more room to tinker.

There is some irony that one of the biggest issues with the new season involved points, which was exactly why the circuit changed to last week’s strokes-based scoring at the Tour Championship. The problem is really a philosophical one with players, and some fans and media, unable to reconcile the notion that Patrick Reed won three times more FedExCup points (2,000) than Tiger Woods did for winning the Masters (600).

It’s certain that Woods didn’t leave Augusta National lamenting his limited points haul, but it is an issue that the Tour will likely address in the coming weeks.

There were also some who suggested the staggered start to the finale - which included the points leader beginning the week at 10 under all the way down to No. 30 on the list starting at even par - needs to be adjusted to better account for playoff performances.

But for all the nip/tucks, the Tour can embrace the notion that this version of a post-season had all the basic elements of a playoff.


Potential. So much potential, with five of the top six players on the leaderboard entering the final round of the Tour Championship ranked inside the top 10 in the world, including No. 1 Brooks Koepka and 2 Rory McIlroy.

“If you look at the way it all played out, you had the No. 1 and 2 in the regular season FedExCup standings playing in the final group this week, so I think it worked out well,” said McIlroy, who pulled away from the field late Sunday for a commanding four-stroke victory. “I was part of that decision to go with the staggered format. I talked about it in meetings and debated it and all sorts, and it definitely simplifies it for us playing and also for the fans.”

Pain. As in the kind of pain like Dustin Johnson’s financial freefall, which saw him struggle to rounds of 73-72-75-73 at East Lake and finish tied 29th in the season-long race.

For those keeping track, that’s a difference of nearly $1 million compared to where he started the playoffs at seventh on the list, which would have been worth $1.3 million.

They say top players aren’t motivated by money. Perhaps, but this is a performance that DJ will remember regardless of the forgettable payday.


Providence. Say what you want about Big Game Brooks’ perceived indifference to non-Grand Slam glory, but his performance at East Lake for the better part of four rounds was major worthy.

Even without his best stuff off the tee, Koepka kept pace with McIlroy in what felt like a continuation of the duo’s duel at last month’s WGC-FedEx St. Jude Invitational.

Koepka has proven himself an impressive leading man all the way down to his “off-white” kicks. (“It’s fashion, bro,” he said on Friday when asked to describe the style.) But like most front-runners he’s at his best when he’s being pushed and no one in the game is able to push Koepka like McIlroy.

“I've played a lot with him over the last couple weeks and his game is in great form right now. It's really impressive to watch,” Koepka said. “I've said multiple times, he's the most fun to watch when he's playing well. He hits it so good, he putts it really well, and when he's on, man, he's tough to beat.”

Whether it was simply blind luck or a playoff format that heavily favors the top players, the result was a memorable Sunday and a finish that transcended the new format with McIlroy winning both the net and gross divisions.

This wasn’t perfect and it might not ever be beyond reproach, but the result was all that mattered.

“It's golf, and I think golf is very averse to change sometimes, so it'll take a while to get used to, but I think for the first run of it, I think it went well,” McIlroy said.

Other sports have playoffs with more possibilities than problems, why not golf? For all the sideways glances, the new format gave us Koepka and McIlroy, the year’s two best players, in the final group on Sunday. No, the system isn’t perfect but in this case maybe it is the destination and not the journey that’s important.